“People are choosing cremation over traditional burial. It shows that they are thinking out of the box.”

Jock and a Englishman were flying from Edinburgh when the stewardess approached. "May I get you something?" she asked. "Aye, a whusky" Jock replied.
She poured him a drink then asked the Englishman if he'd like one.
"Never!" he said sternly. "I'd rather be raped and ravished by wh*res all the way to America than
drink whisky!"
Jock hurriedly passed the drink back, saying "Och, Ah didna ken there wuz a choice!"
#joke
Joke | Source: Really Funny Jokes - Really Funny jokes, adult jokes, Good jokes, short funny jokes, teacher jokes, affair jokes, kids jokes, doctor jokes, funny pictures

Funny video of the day - Meanwhile, In Russia…

Funny Photo of the day - Posing for photo - FAIL Posing for photo - FAIL - Or WIN for making FAIL photo? | Source : Jokes of The Day - By Jokes of the day visitor

Calling It a Day

God: "Whew, I just created a 24-hour period of alternating light and darkness on earth."
Angel: "Oh yeah? What are you going to do now?"
God: "I think I'll call it a day." 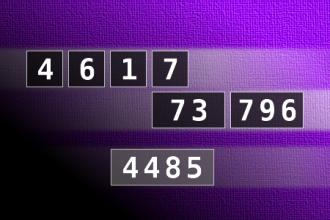 Chuck Norris got his drivers l...

Chuck Norris got his drivers license at the age of 16. Seconds.
#joke #short #chucknorris
Joke | Old joke from joke of the day archives - Check out other old jokes Friday, 16 December 2011


In an effort to clarify questions about the purported durability and unusual physical characteristics of Twinkies, we subjected the Hostess snack logs to the following experiments:
Exposure
A Twinkie was left on a window ledge for 4 days, during which time an inch and a half of rain fell. Many flies were observed crawling across the Twinkie's surface, but contrary to hypothesis, birds, even pigeons, avoided this potential source of substance. Despite the rain and prolonged exposure to the sun, the Twinkie retained its original color and form. When removed, the Twinkie was found to be substantially dehydrated. Cracked open, it was observed to have taken on the consistency of industrial foam insulation; the filling however, retained its advertised "creaminess"
Radiation
A Twinkie was placed in a conventional microwave oven, which was set for precisely 4 minutes - the approximate cooking time of bacon. After 20 seconds, the oven began to emit the Twinkie's rich, characteristic aroma of artificial butter. After one minute, this aroma began to resemble the acrid smell of burning rubber. The experiment was aborted after 2 minutes 10 seconds when thick, foul smoke began billowing from the top of the oven. A second Twinkie was subjected to the same experiment; this Twinkie leaked molten white filling. When cooled, this now epoxylike filling bonded the Twinkie to its plate, defying gravity: it was removed only upon application of a butter knife.
Extreme Force
A Twinkie was dropped from a ninth-floor window, a fall of approximately 120 feet. It landed right side up, then bounced onto its back. The expected "splatter" effect was not observed. Indeed, the only discernible damage to the Twinkie was a narrow fissure on its underside; otherwise, the Twinkie remained structurally intact.
Extreme Cold
A Twinkie was placed in a conventional freezer for 24 hours. Upon removal, the Twinkie was not found to be frozen solid, but its physical properties had noticeably "slowed". The filling was found to be the approximate consistency of acrylic paint, while exhibiting the mercurylike property of not adhering to practically any surface. It was noticed the Twinkie had generously absorbed the freezer odors.
Extreme Heat
A Twinkie was exposed to a gas flame for 2 minutes. While the Twinkie smoked and blackened and the filling in one of its "cream holes" boiled, the Twinkie did not catch fire. It did, however produce the same "burning rubber" aroma noticed in the irradiation experiment.
Immersion
A Twinkie was dropped into a large bucket filled with water, the Twinkie floated momentarily, then began to list and sink. Viscous yellow tendrils ran off its lower half, possibly consisting of a water-soluble artificial coloring. After 2 hours, the Twinkie bloated substantially. Its coloring was now a very pale tan - in contrast to the yellow, urine-like water that surrounded it. The Twinkie bobbed when touched, and had a gelatinous texture. After 72 hours, the Twinkie had increased roughly 200 percent of its original size. The water had turned opaque, and a small, fan-shaped spray of filling had leaked from one of the "cream holes". Unfortunately, efforts to remove the Twinkie for further analysis were abandoned when, under light pressure the Twinkie disintegrated into an amorphous cloud of debris. A distinctly sour odor was noted.
Summary of Results
The Twinkie's survival of a 120-foot drop, along with some of the unusual phenomena associated with the "creamy filling" and artificial coloring, should give pause to those observers who would unequivocally categorize the Twinkie as "food". Further clinical inquiry is required before any definite conclusions can be drawn.
Reprinted from SPY Magazine, July 1989

Anytime you see a young man open a car door for his girlfriend, either the car is new or the girlfriend is.
#joke #short
Joke | Old joke from joke of the day archives - Check out other old jokes Thursday, 22 October 2009

Once upon a time there was a man who was peacefully driving down a windy road. Suddenly, a bunny skipped across the road and the man couldn't stop. He hit the bunny head on. The man quickly jumped out of his car to check the scene. There, lying lifeless in the middle of the road, was the Easter Bunny.
The man cried out, "Oh no! I have committed a terrible crime! I have run over the Easter Bunny!"
The man started sobbing quite hard and then he heard another car approaching. It was a woman in a red convertible. The woman stopped and asked what the problem was.The man explained, "I have done something horribly sad. I have run over the Easter Bunny. Now there will be no one to deliver eggs on Easter, and it's all my fault."
The woman ran back to her car. A moment later, she came back carrying a spray bottle. She ran over to the motionless bunny and sprayed it. The bunny immediately sprang up, ran into the woods, stopped, and waved back at the man and woman. Then it ran another 10 feet, stopped, and waved. It then ran another 10 feet, stopped, and waved again. It did this over and over and over again until the man and the woman could no longer see the bunny.
Once out of sight, the man exclaimed, "What is that stuff in that bottle?"
The woman replied, "It's harespray. It revitalizes hare and adds permanent wave."

There was a guy in the middle of the desert and his car broke down.

He started walking and he came to a monastery, where he asked them if he could borrow a mule.

The monks lent him one, and they explained that you had to say "Thank the Lord!" to make it go and "Amen!" to make it stop.

Finally, at the very edge he remembered, "Amen!" The guy was so relieved he shouted, "Thank the Lord!"

A power nap is when you sleep on someone whos weaker than you.
#joke #short
Joke | Old joke from joke of the day archives - Check out other old jokes Thursday, 12 April 2012

An elderly woman walked into the local country church. The friendly usher greeted her at the door and helped her up the flight of steps. "Where would you like to sit?" he asked politely.

"The front row please." she answered.
"You really don't want to do that", the usher said. "The pastor is really boring."
"Do you happen to know who I am?" the woman inquired. “No." he said.
"I'm the pastor's mother," she replied indignantly.
"Do you know who I am?" he asked.
"No." she said.
"Good," he answered.