Peter had six children and was very proud of his achievement. He was so proud of himself that for years he called his wife, Sara, "Mother of Six," in spite of her regular objections.
One evening, in their retirement years, they go to a party. It is late and Peter is ready to go home and wants to find out if Sara is ready to leave as well.
Pater bellows at the top of his voice, 'Shall we go home, Mother of Six?'
Sara, greatly irritated by Pater's lack of discretion over so many years, yells back at him, 'Anytime you're ready, "Father of Four".'
#joke
Joke | Source: Really Funny Jokes - Really Funny jokes, adult jokes, Good jokes, short funny jokes, teacher jokes, affair jokes, kids jokes, doctor jokes, funny pictures

Things sure have changed...

For the first time in many years, a an old man traveled from his rural town to the city to attend a movie. After buying his ticket, he stopped at the concession stand to purchase some popcorn. Handing the attendant $1.50, he couldn't help but comment, "The last time I came to the movies, popcorn was only 15 cents."

"Well, sir," the attendant replied with a grin, "You're really going to enjoy yourself. We have sound now."

Get Me Off This Train


One day a man took the train from Paris to Frankfurt. When he got in he said to the ticket man:
"Sir. I really need you to do me a favor, I have to get down this train in Mannheim, but I'm very tired and it is for sure that I will fall asleep. So what I want you to do is that you wake me up in Mannheim because I have to close a business there and it is very important for me. Here you have 100 francs for the favor. But I warn you sometimes when people wake me up I get really violent, but no matters what I do or say you got to get me out of this train in Mannheim. Is that clear?"
So the ticket man agreed and took the 100 francs. Later as the man had said he fall asleep, and when he woke up he realized that he was in Frankfurt. He was so mad at the ticket man that he ran over and started yelling at the ticket man.
"Are you stupid or something??? I paid you 100 francs so that you wake me up in Mannheim. And you didn't, so I want my money back!"
While the man was yelling at the ticket guy, two other guys that were also in the train were looking at them, so one turns to the other and says to him:
Man 1: "Look at this guy! He is mad!"
Man 2: "Yeah! He's almost as mad as the guy they made get out of the train in Mannheim."

The Pope, Billy Graham, and Oral Roberts were in a three-way plane crash over the Pacific Ocean. They all died and went to heaven together.

"Oh, this is terrible," exclaims St. Peter, "I know you guys think we summoned you here, but this is just one of those coincidences that happen. Since we weren't expecting you, your quarters just aren't ready... We can't take you in and we can't send you back."

Then he got an idea. He picked up the phone, "Lucifer, this is Pete. Hey, I got these three guys up here. They're ours, but we weren't expecting them, and we gotta fix the place up for 'em. I was hoping you could put them up for a while. It'll only be a couple of days. What d'ya say?"

However, Two days later St. Peter got a call. "Pete, this is Lucifer. Hey you gotta come get these three clowns. This Pope fellow is forgiving everybody, the Graham guy is saving everybody, and that Oral Roberts has raised enough money to buy air conditioning!" kitten chef assistant - Helps in kitchen | Source : Jokes of The Day - By Jokes of the day visitor

“People are choosing cremation over traditional burial. It shows that they are thinking out of the box.” 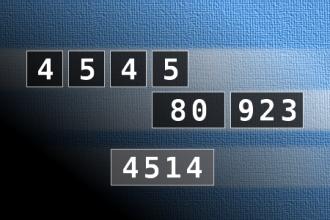 A Baptist couple decide that they want to get a dog. As they are walking down the street in town, they notice that a sign in the pet shop is advertising "Christian Puppies." Their interest piqued, they go inside.
"How do you know they're Christian puppies?"
"Watch," says the owner, as he takes one of the dogs and says, "Fetch the Bible." The dog runs over to the desk, and grabs the Bible in its mouth and returns. Putting the Bible on the floor, the owner says, "Find Psalm 23." The dog flips pages with its paw until he reaches the right page, and then stops. Amazed and delighted, the couple purchase the dog and head home.
That evening, they invite some friends over and show them the dog, having him run through his Psalm 23 routine. Impressed, one of the visitors asks "Does he also know 'regular' commands?"
"Gee, we don't know. We didn't ask," replies the husband.
Turning to the dog, he says, "Sit." The dog sits. He says, "Lie down." The dog lies down. He says "Roll over." The dog rolls over.
He says "Heel." The dog runs over to him, jumps up on the sofa, puts both paws on the owner's forehead and bows his head.
"Oh look!" the wife exclaims. "He's PENTECOSTAL!"

In honor of Chuck Norris, all McDonald's in Texas have an even larger size than the super-size. When ordering, just ask to be Chucksized.
#joke #short #chucknorris
Joke | Old joke from joke of the day archives - Check out other old jokes Saturday, 08 October 2011