Two old men, John and David, met at a park.

John said, "Hey, where have you been all these years?"

David replied, "I was in jail."

David said, "Well, I was standing at the marketplace when this pretty young thing appeared with a policeman, pointed to me and said, 'That's the guy, Officer. He's the one who raped me'."

"What? And you let her accuse you like that?" exclaimed John.

A young man tutored his ...


A young man tutored his sweetheart maths,
he thought of it as his mission,
he kissed her once then once again and said
"There, that's addition!"
She took it upon herself to return the pleasant action,
she kissed once and once again,
smiled and said "and that's subtraction!"
Now she'd learned the basics without too much complication,
they kissed each other once, then twice,
and said "that must be multiplication!"
Meanwhile the young lady's father
had this 'lesson' in his vision,
he kicked that boy ten foot out the door and said
"Then that is long division!"

Funny video of the day - baby&me / the new evian film


Hi, this is Johan advising you that you spend WAY too much time on the phone. GO OUTSIDE... See the world, LIVE a little... Have fun.

There were three prostitutes living together, a mother, daughter and grandmother.

One night the daughter came home looking very down. "How did you do tonight?" asked her mother.

"Good God!" said the grandmother. "In my day we were just glad to get something warm in our stomachs!"

Funny Photo of the day - The world's most useless bench The world's most useless bench - Was the wall or bench here first? | Source : Jokes of The Day - By Jokes of the day visitor

Madonna and a Convertible

What do you get when Madonna is in a convertible?

A top that comes down easily!

“When the window fell...

“When the window fell into the incinerator, it was a pane in the ash to retrieve.” 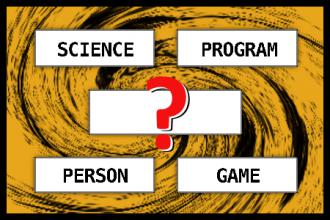 A man and his wife are dining at a table in a plush restaurant, and the husband keeps staring at a drunken lady swigging her drink as she sits alone at a nearby table.
The wife asks, "Do you know her?"
"Yes," sighs the husband, "she's my ex-girlfriend. I understand she took to drinking right after we split up seven years ago, and I hear she hasn't been sober since."
"My God!" says the wife. "Who would think a person could go on celebrating that long?"

There are two cannibals eating a clown, one turns to the other and says, 'Does this taste funny to you?!'

#joke #short
Joke | Old joke from joke of the day archives - Check out other old jokes Tuesday, 04 May 2010


Two men were in the process of inventing a new brand of gum. They were arguing over the fact that their new gum was too hard and brittle and didn't have the right consistency. One of the inventors kept arguing that they simply had to add more liquid to their primary secret ingredient, code named "Yewin".
The other man argued adamantly. "No, No, No! It's not wetter Yewin that counts... it's how you ply the gum!"

And lo, in the year 2011, the Lord came unto Noah, who was now living in the United States, and said:
"Once again, the earth has become wicked and over-populated, and I see the end of all flesh before me."
"Build another Ark and save two of every living thing along with a few good humans."
He gave Noah the blueprints, saying, "You have 6 months to build the ark before I will start the unending rain for 40 days and 40 nights."
Six months later, the Lord looked down and saw Noah weeping in his yard, but there was no ark.
"Noah! I'm about to start the rain! Where is the ark?"
"Forgive me, Lord," begged Noah, "but things have changed."
"I needed a building permit."
"I've been arguing with the inspector about the need for a sprinkler system."
"My neighbors claim that I've violated the neighborhood zoning laws by building the ark in my yard and exceeding the height limitations. We had to go to the Development Appeal Board for a decision."
"Then the Department of Transportation demanded a bond be posted for the future costs of moving power lines and other overhead obstructions, to clear the passage for the ark's move to the sea. I told them that the sea would be coming to us, but they would hear nothing of it."
"Getting the wood was another problem. There's a ban on cutting local trees in order to save the spotted owl."
"I tried to convince the environmentalists that I needed the wood to save the owls, but no go!"
"When I started gathering the animals, an animal rights group sued me. They insisted that I was confining wild animals against their will. They argued the accommodations were too restrictive, and it was cruel and inhumane to put so many animals in a confined space."
"Then the EPA ruled that I couldn't build the ark until they'd conducted an environmental impact study on your proposed flood."
"I'm still trying to resolve a complaint with the Human Rights Commission on how many minorities I'm supposed to hire for my building crew."
"Immigration and Naturalization are checking the green-card status of most of the people who want to work."
"The trades unions say I can't use my sons. They insist I have to hire only Union workers with ark-building experience.
"To make matters worse, the IRS seized all my assets, claiming I'm trying to leave the country illegally with endangered species."
"So, forgive me, Lord, but it would take at least 10 years for me to finish this Ark."
Suddenly, the skies cleared, the sun began to shine, and a rainbow stretched across the sky.
Noah looked up in wonder and asked, "You mean you're not going to destroy the world?"
"No," said the Lord. "The government beat me to it."
- Joke shared by Beliefnet member socaliflady

There is no theory of evolutio...

There is no theory of evolution. Just a list of creatures Chuck Norris has allowed to live.
#joke #short #chucknorris
Joke | Old joke from joke of the day archives - Check out other old jokes Wednesday, 20 April 2011

=> DESCRIPTION: One-eyed, with mushroom-shaped head (other types come with extra layers of skin) Varying from pink to black. Fang-less with a highly venomous spit. (Spit can reach distances up to 2-3 feet) *Size varies from 3 to 12 inches, depending on its mood & sub-species.

=> SYMPTOMS: This snake attacks mainly women in the lower front abdomen, resulting in an inconspicuous bump. Then a severe swelling followed by excruciating pain after nine months. The attack is not usually fatal. Beware: It has been known to attack men in the rear lower abdomen!

=> HABITAT: Usually found in bedrooms, but has been known to appear in the most unusual places.

=> ANTIDOTE: Various types of vaccine available for women. However, once the venom is injected into the body only drastic measures will ensure complete recovery. There is no known antidote for men.

=> WHAT TO DO WHEN ATTACKED

TOURNIQUET: Do not apply a tourniquet as the venom is too deep in the body to be affected.

CUTTING THE WOUND: This would be completely unnecessary and ineffective as the bleeding will stop after a few weeks anyhow.

SUCKING THE WOUND: This method is the most popular with the victim, but so far has not been reported to have led to any success.

=> CONCLUSION: This snake, although it is very aggressive and active, is not necessarily a vermin, and treated with the right respect, makes a wonderful pet.

The whole first week, I thought I was psychic. I thought I had new powers all of a sudden, you know. Id be like, Where are my keys? Oh, theyre in my pocket. How did I know that? Oh my gosh!
#joke #short
Joke | Old joke from joke of the day archives - Check out other old jokes Friday, 20 April 2012