“The winter drive-by shooting was a slay ride.”

There once was a man who owned a sausage factory, and he was showing his arrogant preppy son around his factory. Try as he might to impress his snobbish son, his son would just sneer. They approached the heart of the factory, where the father thought, "This should impress him!" He showed his son a machine and said "Son, this is the heart of the factory. With this machine here we can put in a pig, and out come sausages.
The prudish son, unimpressed, said "Yes, but do you have a machine where you can put in a sausage and out comes a pig?"

The father, furious, thought and said, "Yes son, we call it your mother."

Really funny jokes-Reservations for a table

James arrived at a popular restaurant and was dismayed to find it very crowded. Approaching the hostess James asked, 'Will it be long?'
The hostess, seemingly ignoring James, continued writing in her reservations book.
Thinking she had possibly not heard him the first time, James decided to ask again. 'How much time is the wait for a table?'
Looking up from her book, the hostess smiled and said, 'Oh, only about ten minutes. We will inform you when your table is ready.'
A short time later, James heard an announcement over the intercom system, 'Willette B. Long...... Willette B. Long, your table is ready.'
#joke
Joke | Source: Really Funny Jokes - Really Funny jokes, adult jokes, Good jokes, short funny jokes, teacher jokes, affair jokes, kids jokes, doctor jokes, funny pictures

A guy walks into a bar, sits at the counter and said "Drinks, everybody on me, even you bar tender" on my tab. Every one got a drink and thanked the man. After a while he man said "Drinks, everybody on me, even you bar tender. Put it on my tab." Everybody got their drinks and thanked the man. The bar tender pulled the man to the side and asked him "You know this is going to be a lot of money, can you pay for this? The man said "No". The bar tender took the man in the back, beat him up, and threw him out the back door. The man brushed himself off, and went back into the bar. He sat down and said "Drinks, everybody, on me. Except for you bartender, you don't know how to act when you get drunk
#joke #walksintoabar
Joke | Source: A joke a day - Free Jokes of the Day Clean Funny Jokes via Email, Humor and Entertainment Transporting stuff with car - LEVEL PRO - Hopefully driver have a spot to see through | Source : Jokes of The Day - By Jokes of the day visitor

A Buddhist approaches a hotdog vendor and says: "Make me one with everything."
He gives the vendor a $20 bill and waits. Finally he says: "Where's my change?"
Says the vendor: "All change must come from within."

While visiting a friend who was in the hospital, I noticed several pretty nurses, each of whom was wearing a pin designed to look like an apple. I asked one nurse what the pin signified. "Nothing," she said with a smile. "It's just to keep the doctors away." 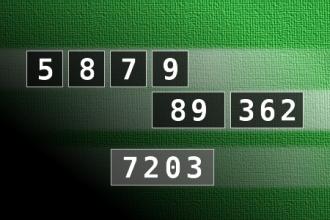 Time magazine sent a survey to women in Arkansas, asking for their opinions on the Clinton Sex Scandal. One of the questions: Would you ever have an affair with Bill Clinton? The results were staggering!
5% — No
3% — Yes
92% — Never Again


Q: What do parrots eat?

Q: What do you give a sick bird?

Q: What's another name for a clever duck?

A: A wise quacker!

Q: Which bird is always out of breath?

Q: What's got six legs and can fly long distances?

Q: What is a duck's favorite TV show?

A: The feather forecast!

Q: What do you get if you cross a parrot with a shark?

A: A bird that will talk you ear off!

Q: What do you call a crate of ducks?

A: A box of quackers!

You have to check your coke can before you take a drink just in case you have mistaken it for your spit can.

You have accidentally taken a drink from your spit can.

Your wife asks you what you want to be when you grow up.

You see a forest fire and think 'Bar-bee-Q'.

You've ever strained your tea through a flyswatter.

Your mother is hairier than your father.

Instead of flossing you use a plunger.

You take the back window out of your pickup because it's easier to chuck the empty beer cans in the back that way.

When the back fills up with empty beer cans, you get another pickup and start all over again.

Your grandma can bench press a ruck axle.