Three old men - Jack, Roland & Nicholas were talking about what their grandkids would be mentioning about them fifty years from then.

Jack said, "I would like my grandchild to say, 'He was a successful businessman'".

Roland, the sentimental gentleman said, "I want my grandchildren to remember me as a loyal family man".

Then Jack asked Nicholas, "So what do you want them to say about you in fifty years?"

What you watching that for?

The missus was watching a cooking program the other day.
I said, "What you watching that for? You can't cook." Dolphins are so intelligent th...

Dolphins are so intelligent that within a few weeks of captivity they can train a man to stand on the edge of their pool and throw them fish three times a day.
#joke #short
Joke | Source: A joke a day - Free Jokes of the Day Clean Funny Jokes via Email, Humor and Entertainment

The preacher and the peanuts...

One day a preacher goes to visit an elderly lady. As he is sitting there talking with her, he notices a bowl of peanuts sitting on the table in front of him.

'Do you mind if I have a few peanuts?' he asks the lady.

'Help yourself,' she replies.

After about an hour and a half visit, he gets up to leave and notices that he has eated almost all of the peanuts in the bowl.

'I apologize,' he says to the elderly lady. 'I only meant to eat a few.'

'That's okay,' says the lady, 'Since I've lost my teeth, all I've been able to do is suck the chocolate off of them.'

Funny Photo of the day - Headless person on trampoline Headless person on trampoline - Jumping too much, you can loose your head! | Source : Jokes of The Day - By Jokes of the day visitor

A man had a watch that didnt work. He ask his friend to tell what is wrong. The friend say " Its because the watch is on your right hand."

The man puts the watch on his left hand and says "Oh there we go!" 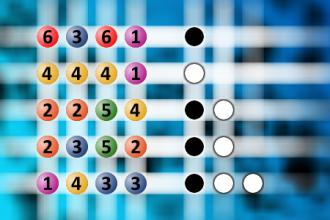 “What did one plant say to another? What's stomata?”

Four women were chatting in th...

"I've always called it 'jilling off'," said one of the women.

"But that's just a feminization of 'jacking off,'" said the first.

"You're right," said another. "We don't seem to have any slang terms of our own for it."

The fourth woman snorted. "After fourteen years of marriage, there's only one thing I call it."

"Finishing the job."
#joke
Joke | Old joke from joke of the day archives - Check out other old jokes Thursday, 05 May 2011