Walks Into a Bar... Vampires

My granddad always used to tell me: "No need to watch your money; always watch your health."
So one day while I was watching my health, someone stole my money. It was my granddad.
#joke
Joke | Source: Really Funny Jokes - Really Funny jokes, adult jokes, Good jokes, short funny jokes, teacher jokes, affair jokes, kids jokes, doctor jokes, funny pictures

Funny video of the day - Soccer Celebration of the Day

“I always believed my...

“I always believed my body was a prison for me. I was right, in biology I learnt they were made of cells.”

A young reporter went to a retirement home to interview an aged but legendary explorer. The reporter asked the old man to tell him the most frightening experience he had ever had. The old explorer looked into the distance and warmed to his task.

“Once, I was hunting Bengal tigers in the jungles of India,” he began: “I was on a narrow path and my faithful native gun bearer was behind me. Suddenly, the largest tiger I've ever seen in my life leaped onto the path in front of us. I turned to get my weapon only to find my gun bearer had fled. The tiger leaped toward me with a mighty ROARRRR! I soiled myself."

“Under those circumstances, sir, I think anyone would have done the same," the reporter said.

The old explorer replied: "No, not then -– just now when I went 'ROARRRR!'” Sneaker Umbrella Stand - Don't get cheated. It's an umbrella stand, just designed in the shape of sneakers | Source : Jokes of The Day - By Jokes of the day visitor

Reaching the end of a job interview, the Human Resources Officer asked a young Engineer fresh out of MIT, "And what starting salary were you looking for?"

The Engineer replies, "In the region of $125,000 a year, depending on the benefits package."

The interviewer inquires, "Well, what would you say to a package of 5-weeks vacation, 14 paid holidays, full medical and dental, company matching retirement fund to 50% of salary, and a company car leased every 2 years say, a red Corvette?"
The Engineer sits up straight and says, "Wow! Are you kidding?"

And the interviewer replies, "Yeah, but you started it."

Farmer picks up an American In...

Farmer picks up an American Indian hitch hiking. The Indian is a man of few words but eventually looks at the brown paper bag in between them and asks, "Mmm, What in bag?" The farmer says, "It's a bottle of wine that I got for my wife". Indian thinks for a second and say, "Mmm, good trade".
#joke #short
Joke | Source: A joke a day - Free Jokes of the Day Clean Funny Jokes via Email, Humor and Entertainment 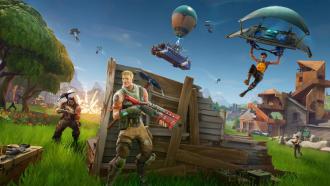 What does two plus two equal?

Then the interviewer calls in the accountant and poses the same question "What does two plus two equal?"

The accountant gets up, locks the door, closes the shade, sits down next to the interviewer and says "What do you want it to equal?"

A man and a woman are in a supermarket. They are standing in

front of the water aisle.

The man wonders aloud, "Who would buy all this expensive

The chemical formula for the h...

The chemical formula for the highly toxic cyanide ion is CN-. These are also Chuck Norris' initials. This is not a coincidence.
#joke #short #chucknorris
Joke | Old joke from joke of the day archives - Check out other old jokes Friday, 23 September 2011

My mother and my girlfriend are wearing the same perfume, which is weird because, all of a sudden, Im attracted to my girlfriend.
#joke #short
Joke | Old joke from joke of the day archives - Check out other old jokes Friday, 10 June 2011

Chuck Norris can slam a revolv...

If you want to get along, go along.

If you want to make an enemy, do someone a favor.

If your next pot of chili tastes better, it probably is because of something left out, rather than added.

Ignorance is bliss. No wonder I'm so depressed.

In a hierarchical organization, the higher the level, the greater the confusion.

In any calculation, any error which can creep in will do so.

In any hierarchy, each individual rises to his own level of incompetence, and then remains there.

In any household, junk accumulates to the the space available for its storage.

In case of doubt, make it sound convincing.

It takes a big man to admit when he's wrong, and an even bigger one to keep his mouth shut when he's right.

Chuck Norris doesn't worry about changing his clock twice a year for daylight savings time. The sun rises and sets when Chuck tells it to.
#joke #short #chucknorris
Joke | Old joke from joke of the day archives - Check out other old jokes Sunday, 10 June 2012