“Always trust a glue salesman. They tend to stick to their word.”

A tourist, driving by a Texas ranch, hit and killed a calf that was crossing the road. The driver went to the owner of the calf and explained what had happened. He then asked what the animal was worth.

The tourist sat down and wrote out a check and handed it to the farmer.

"You have to be kidding me" Truck Driver Fail Original Video - This tow truck driver had a way worse day than you did. Way, way worse. - link to page video is posted initially.

A guy was walking beside a pon...

A guy was walking beside a pond when a frog jumped out and told him that she was really a beautiful princess and if he were to kiss her, she would make him VERY happy! He picked up the frog and put it into his pocket.
A few minutes later, the frog poked her head out and said, "Didn't you hear me?! I'm a beautiful princess and if you kiss me I will stay with you and do ANYTHING you want!"
The guy took the frog out and said, "Look, I understand what you are saying, but I am a computer programmer and right now I don't have time for a girlfriend,........but a talking FROG is REALLY, REALLY COOL!"
#joke
Joke | Source: A joke a day - Free Jokes of the Day Clean Funny Jokes via Email, Humor and Entertainment

Funny Photo of the day - Yet another funny face paint Yet another funny face paint - Being very realistic | Source : Jokes of The Day - By Jokes of the day visitor

A man staggers into an emergency room with two black eyes and a five iron wrapped tightly around his throat. Naturally the doctor asks him what happened.

Well, it was like this, said the man. I was having a quiet round of golf with my wife, when she sliced her ball into a pasture of cows.

We went to look for it, and while I was rooting around I noticed one of the cows had something white at its rear end. I walked over and lifted up the tail, and sure enough, there was my wife's golf ball........stuck right in the middle of the cow's butt. That's when I made my mistake.

"What did you do?" asks the doctor.

Well, I lifted the tail and yelled to my wife, "Hey, this looks like yours!"

Your mommas so poor

Your Mommmas so poor that when some kid stole her skate board she said "Hey who took the family car?"
#joke #short
Joke | Source: Jokes of the day - Taken from Bartender's guide to Jokes, Drinks, and Poker - once good site, no longer active. 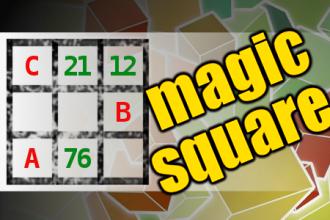 Q: What was the name of the hair salon next to the graveyard?
A: "Curl Up and Dye."

Want Me To Paint For You?


A blonde was recently fired from an M&M factory for throwing away Ws and peeling the shells on the candies. Therefore, she needed a new job to support herself. After going around town asking if anyone needed work done, she found a man who needed a painter.
"I'm here for the paint job," she said.
"Alright," said the man. "Here is the paint and your brush. I want you to paint my porch behind the house."
The blonde immediately went to work painting. Within an hour, she was done and decided to put on a second coating.
After she finished, she returned to the man for her pay. She said with satisfaction, "I not only completed the job, but I even put on two coats of paint! By the way, that isn't a porsche out back. It's a new BMW.

Chuck Norris invented the spoon because killing somebody with a knife is too easy.
#joke #short #chucknorris
Joke | Old joke from joke of the day archives - Check out other old jokes Friday, 09 September 2011

An engineer died and ended up in Hell. He was not pleased with the level of comfort in Hell, and began to redesign and build improvements. After awhile, they had toilets that flush, air conditioning, and escalators. Everyone grew very fond of him.
One day God called to Satan to mock him, "So, how's it going down there in Hell?"
Satan replied, "Hey, things are great. We've got air conditioning and flush toilets and escalators, and there's no telling what this engineer is going to come up with next." God was surprised, "What? You've got an engineer? That's a mistake. He should never have gotten down there in the first place. Send him back up here."
"No way," replied Satan. "I like having an engineer, and I'm keeping him."
God threatened, "Send him back up here now or I'll sue!"
Satan laughed and answered, "Yeah, right. And just where are YOU going to get a lawyer?"

Why You So Fat?

A family is at the dinner table. The father looks at his oldest son.

"Tony, you should take a smaller bites."

Then Pop looks at his middle son.

"Fred, you should take a smaller bites."

Then Pop looks at his youngest son, "John! How you stay so slim and trim?"

"Pop, you should a take smaller bites."

Where Is My Goat?

There were these two guys out hiking when they came upon an old, abandoned mine shaft. Curious about its depth they threw in a pebble and waited for the sound of it striking the bottom, but they heard nothing. They went and got a bigger rock, threw it in and waited. Still nothing. They searched the area for something larger and came upon a railroad tie. With great difficulty, the two men carried it to the opening and threw it in. While waiting for it to hit bottom, a goat suddenly darted between them and leapt into the hole!
The guys were still standing there with astonished looks upon their faces from the actions of the goat when a man walked up to them. He asked them if they had seen a goat anywhere in the area and they said that one had just jumped into the mine shaft in front of them! The man replied, "Oh no. That couldn't be my goat, mine was tied to a railroad tie."

He who laughs last thinks slow...

He who laughs last thinks slowest.

Depression is merely anger without enthusiasm.

The early bird may get the worm, but the second mouse gets the cheese.

I drive way too fast to worry about cholesterol.

Support bacteria. They're the only culture some people have.

Monday is an awful way to spend 1/7 of your week.

Change is inevitable, except from vending machines.

Get a new car for your spouse. It'll be a great trade!

Plan to be spontaneous tomorrow.

Always try to be modest, and be proud of it!
#joke #monday
Joke | Old joke from joke of the day archives - Check out other old jokes Sunday, 31 October 2010