On her way back from the concession stand, Julie asked a man at the end of the row, "Pardon me, but did I step on your foot a few minutes ago?"

Expecting an apology, the man said, "Indeed you did."

Boy Scout on the plane

A doctor, a lawyer, a little boy scout and a pastor were out for a Sunday afternoon flight on a small private plane.

Suddenly, the plane developed engine trouble. In spite of the best efforts of the pilot, the plane started to go down.

Finally, the pilot grabbed a parachute, yelled to the passengers that they had better jump, and bailed out.

Unfortunately there were only three parachutes remaining.

The doctor grabbed one and said "I'm a doctor, I save lives, so I must live," and jumped out.

The lawyer then said "I'm the smartest man in the world, I deserve to live!" He grabbed a parachute and jumped, also.

The pastor looked at the little boy scout and said, "My son, I've lived a long and full life. You are young and have your whole life ahead of you. Take the last parachute and live in peace."

The little boy scout handed the parachute back to the pastor and said "Not to worry, Preacher. 'The smartest man in the world' just jumped out with my back pack."

Cat-dog popcorn trick - Waylon (cat) and Merle (dog), performing a one of a kind trick with popcorn!! - link to page video is posted initially.

A yuppie was opening the door of his BMW when a car came along and hit the door, ripping it off completely. When the police arrived at the scene, the yuppie complained bitterly about the damage to his car.

"Officer, look what they've done to my Beemer!"

"You yuppies are so materialistic, it's ridiculous" retorted the officer. "You're so worried about your stupid BMW, you didn't even notice that your left arm was ripped off."

"Oh, my God!" screamed the yuppie, noticing the bloody stump where his arm used to be. "My Rolex!"


Too bad when I was a kid there wasn't a guy in our class that everybody called the "Cricket Boy", because I would have liked to stand up in class and tell everybody, "You can make fun of the Cricket Boy if you want to, but to me he's just like everybody else." Then everybody would leave the Cricket Boy alone, and I'd invite him over to spend the night at my house, but after about five minutes of that loud chirping I'd have to kick him out. Maybe later we could get up a petition to get the Cricket Family run out of town. Bye, Cricket Boy.
If I had a nickname, I think I would want it to be "Prince of Weasels", because then I could go up and bite people and they would turn around and go, "What the-?" And then they would recognize me, and go, "Oh, it's you, the Prince of Weasels."
The whole town laughed at my great-grandfather, just because he worked hard and saved his money. True, working at the hardware store didn't pay much, but he felt it was better than what everybody else did, which was go up to the volcano and collect the gold nuggets it shot out every day. It turned out he was right. After forty years, the volcano petered out. Everybody left town, and the hardware store went broke. Finally he decided to collect gold nuggets too, but there weren't many left by then. Plus, he broke his leg and the doctor's bills were real high.
As the sleek new sports car wound its way up the tortuous road, Henri thought back to the torture he had received ten minutes ago. "Ah, air conditioning", he thought as he aimed the vents toward the numerous whip marks on his legs, chest, and groinal area.
Marta was watching the football game with me when she said, "You know, most of these sports are based on the idea of one group protecting its territory from invasion by another group." "Yeah," I said, trying not to laugh. Girls are funny.
I hope, when they die, cartoon characters have to answer for their sins.
When the chairman introduced the guest speaker as a former illegal alien, I got up from my chair and yelled, "What's the matter, no jobs on Mars?" When no one laughed, I was real embarrassed. I don't think people should make you feel that way.
Whether they ever find life there or not, I think Jupiter should be considered an enemy planet.

Funny Photo of the day - The king of public transportation The king of public transportation - This is his throne | Source : Jokes of The Day - By Jokes of the day visitor

“What happened to the...

“What happened to the rich guy with the double chin? He made a four chin.”

One day a teacher had a taste test with her students. She picked a little boy to do the first test. She blindfolded him, put a Hershey kiss in his mouth and asked, "Do you know what it is?
"No, I don't," said the little boy
"Okay, I'll give you a clue. It's the thing your daddy wants from your Mom before he goes to work." Suddenly, a little girl at the back of the room yelled, "Spit it out! It's a piece of ass!" 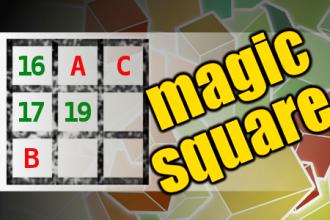 Macgyver can build an airplane...

Macgyver can build an airplane out of gum and paper clips, but Chuck Norris can kill him and take it.
#joke #short #chucknorris
Joke | Old joke from joke of the day archives - Check out other old jokes Wednesday, 15 June 2011

Two girlfriends were speeding down the highway at well over 90 mph.
"Hey," asked the brunette at the wheel, "see any cops following us?"
The blonde turned around for a long look. "As a matter of fact, I do."
"Fuck!" cursed the brunette. "Are his flashers on?
The blonde turned around again. "Yup...nope...yup...nope....yup....."
#joke #blonde
Joke | Old joke from joke of the day archives - Check out other old jokes Tuesday, 24 November 2009

Chuck Norris once broke the la...

Chuck Norris once broke the land speed record on a bicycle that was missing its chain and the back tire.
#joke #short #chucknorris
Joke | Old joke from joke of the day archives - Check out other old jokes Thursday, 24 November 2011

One bright, beautiful Sunday morning, everyone in tiny Jonestown wakes up early and goes to their local church. Before the service starts, the townspeople sit in their pews and talk about their lives and their families.

Suddenly, at the altar, Satan appears!! Everyone starts screaming and running for the front entrance, trampling each other in their determined efforts to get away from Evil Incarnate. Soon, everyone is evacuated from the church except for one man, who sit calmly in his pew, seemingly oblivious to the fact that God's ultimate enemy is in his presence. This confuses Satan a bit. Satan walks up to the man and says, "Hey, don't you know who I am?" The man says, "Yep, sure do."

Satan, perturbed, says, "And why aren't you afraid of me?" The man says, "Well, I've been married to your sister for 25 years."


Two psychiatrists were walking down a hall.
One turned to the other and said, "Hello."
The other one thought, "I wonder what he meant by that."

Bob had finally made it to the last round of the $5,000,000 Question. The night before the big question, he told the M.C. that he desired a question on American History.

The big night had arrived. Bob made his way on stage in front of the studio and TV audience. He had become the talk of the week. He was the best guest this show had ever seen. The M.C. stepped up to the mic.

"Bob, you have chosen American History as your final question. You know that if you correctly answer this question, you will walk away $5,000,000 dollars richer. Are you ready?"

Bob nodded with a cocky confidence-the crowd went nuts. He hadn't missed a question all week.

"Bob, your question on American History is a two-part question. As you know, you may answer either part first. As a rule, the second half of the question is always easier. Which part would you like to take a stab at first?"

Bob was now becoming more noticeably nervous. He couldn't believe it, but he was drawing a blank. American History was his easiest subject, but he played it safe. "I'll try the easier part first."

The M.C. nodded approvingly. "Here we go Bob. I will ask you the second half first, then the first half."

The audience silenced with gross anticipation . . .

"Bob, here is your question: And in what year did it happen??"