Someone once tried to tell Chuck Norris that roundhouse kicks aren't the best way to kick someone. This has been recorded by historians as the worst mistake anyone has ever made.
#joke #short #chucknorris
Joke | Source: Daily Chuck - Daily Chuck Norris Fact

“A weeknight is a tiny nobleman.”

Ultimate Girls Fails of the Year 2013 - The ULTIMATE girls fails compilation of the year! - link to page video is posted initially.

The town's bank manager called the police station to report a robbery.

'You'll never believe what happened, Sergeant. A truck backed up to my bank, the doors opened. Out comes these robbers and they lead an elephant out of the truck. The elephant then breaks through my plate glass window, sticks his trunk in, sucks up all the money. Then the gang lead the elephant back into the truck. The robbers close the truck doors and the truck pulled away.'

The desk sergeant said, 'Could you tell me, for identification purposes, whether it was an African elephant or an Indian elephant?'

'How can you tell the difference?' asked the bank manager.

'Well,' said the sergeant, 'The African elephant has great big ears whereas the Indian elephant has little ears. So which kind of elephant was used in the robbery?'

An 85-year-old widow went on a blind date with a 90-year-old man.
When she returned to her daughter's house later that night, she seemed upset.
"What happened, Mother?" the daughter asked.
"I had to slap his face three times!"
"You mean he got fresh?"
"No," she answered. "I thought he was dead!"
#joke
Joke | Source: A joke a day - Free Jokes of the Day Clean Funny Jokes via Email, Humor and Entertainment

A Forester And Lawyer


A forester and a lawyer were in car accident and showed up at the pearly gates together.
St. Peter greets them at the pearly gates and takes them to the homeswhere they will spend all of eternity. They get into St. Peter's holy vehicle and head on down a gold road, which turns into a platinum road, which turns onto an even grander road paved with diamonds, to a huge mansion where St. Peter turns to the lawyer and says, here is your home for the rest of eternity, enjoy! And if there is anything you need, just let me know.
Then St. Peter took the forester to his home, back down the diamond studded boulevard, down the platinum highway, down the street of gold, down an avenue of silver, along a stone alley and down an unpaved footpath to a shack. St Peter says "Here you go" and goes to leave when the forester says "Waitaminute!, how come the lawyer gets the big mansion and I get this shack?"
St. Peter says: "Well, Foresters are a dime a dozen here, we have never had a lawyer before." 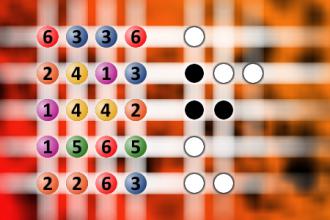 Q: What do you call someone who doesn't fart in public?
A: A private tooter.

A farmer and his wife were lying in bed one evening; she was knitting, he was reading the latest issue of Animal Husbandry. He looks up from the page and says to her,

"Did you know that humans are the only species in which the female achieves orgasm?"

She looks at him wistfully, smiles, and replies, "Oh yeah? Why don't you prove it."

He frowns for a moment, then says, "Okay."

He then gets up and walks out, leaving his wife with a confused look on her face.

About a half an hour later, he returns all tired and sweaty and proclaims, "Well I'm sure the cow and sheep didn't, but the way that pig's always squealing, how can you tell?"

A little girl became restless as the preacher's sermon dragged on and on. Finally, she leaned over to her mother and whispered, "Mommy, if we give him the money now, will he let us go?"

The carpool lane discriminates against the lonely. These peoples -- through no fault of their own -- dont have the social skills to make friends. OK, thats unfortunate, but what do we do as a society? We push them off to the right in this vehicular apartheid, while they sit isolated in their loser mobiles, forced to watch the popular people whiz by them.
#joke
Joke | Old joke from joke of the day archives - Check out other old jokes Thursday, 30 December 2010