Back to the Honeymoon

A couple married thirty years were revisiting the same places they went to on their honeymoon. Driving through the secluded countryside, they passed a ranch with a tall deer fence running along the road.
The woman said, "Sweetheart, let's do the same thing we did here thirty years ago."
The guy stopped the car. His wife backed against the fence, and they made love like never before.
Back in the car, the guy says, "Darling, you sure never moved like That thirty years ago, or any time since that I can remember!"
The woman says, "thirty years ago that fence wasn't electrified!"

Girl wanted to assist a magician in cutting off head illusion. Blue Cross and salary.

For sale: antique desk suitable for lady with thick legs and large drawers.

Now is your chance to have your ears pierced and get an extra pair to take home, too.

We do not tear your clothing with machinery. We do it carefully by hand.

An agitated patient was stomping around the psychiatrist's office, running his hands through his hair, almost in tears.

"Calm down. How long have you been like this?"

“Why do people study gravity? It's a pretty attractive field.” 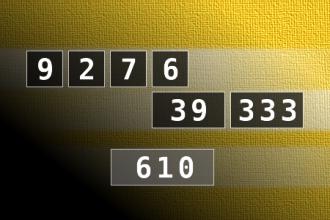 
Mommy, Mommy! Are you sure this is the way to make ginger bread men?
Shut up and get back in the oven.

Mommy, Mommy! Are you sure this is the right way to cook Peking Duck?
Shut up and close the microvawe oven door behind you!

Mommy, Mommy! What's for dinner?
Shut up and get back in the oven!

Mommy, Mommy! But I don't wanna eat pizza!
Shut up and get in the oven!

Mommy, Mommy! What do you want with that ax....

The Island of Trid

Once upon a time, in the middle of the ocean, there was the Island of Trid.
It seems that most of the Island of Trid was covered by a large mountain. On this mountain lived a Giant. The Giant did not allow Trids on his mountain. If a Trid dared to climb onto the mountain, the Giant would kick him into the ocean. Trids are notoriously bad swimmers, and frequently drowned when kicked into the ocean.
The Trids were a very sexual people, and the population had grown quite large. Every square inch of the island, except the mountain, was crowded with Trids.
The Trids spent their days crowded together, dreaming of the open space available on the ever visible mountain. Every few days, a Trid would decide he couldn't stand the crowds any more. He would start to climb the mountain, and the Giant would kick the Trid into the ocean.The Trids were a very depressed people.
One day a traveling Rabbi visited the Island of Trid. Despite their overcrowded conditions, the Trids were extremely generous to this man of God.
The Rabbi decided to return the favor, and to go plead the Trid's case to the Giant. "Surely the Giant can be convinced to share some of the mountain with you," the Rabbi explained.
The Trids were horrified. "Please don't go, Rabbi", the Trids implored. "The Giant will kick you into the ocean, and you will surely drown."
The Rabbi was stubborn, and insisted that he talk to the Giant. The Trids sent out every boat they had. They formed a ring around the island, so that they would be able to rescue the Rabbi.
The Rabbi started walking towards the mountain. No sign of the Giant.
He walked through the foothills, and there was no sign of the Giant.
He started up the slopes of the mountain, further than any Trid had ever been. Still no sign of the Giant.
Finally he reached the summit of the mountain. There the Giant was waiting for him. The Rabbi asked "Tell me Giant, why have you allowed me to climb to the top of the mountain, without kicking me off the moment I started climbing?"
And the Giant replied, "Silly Rabbi, kicks are for Trids!"

Q: Why should blondes not be given coffee breaks?

takes too long to retrain them.

''I wouldn't worry too much about it,'' the doctor replies. 'Lots of people have harmless delusions. It will pass.''

Why did the dude only smell go...

Why did the dude only smell good on the right side? He didn't know where to buy Left Guard!
#joke #short
Joke | Old joke from joke of the day archives - Check out other old jokes Monday, 02 February 2009