“'Volts' - the dance you perform after an electric shock.”

Ukrainian Guy Lucky to Be Alive after Near-Miss with Tram - A guy nearly loses his legs (and his life) in a close call with a tram in Donetsk, Ukraine. Amazingly, he escaped completely unharmed. - link to page video is posted initially.


During the game of cricket, Coach Rogers called aside little Dave and asked him, "Tell me Dave, you you understand the words co-operation and teamwork?"

Dave nodded in the affirmative.

The coach asked again, "Do you agree that what matters is whether we win or lose together as a team?'

Coach Rogers continued, "Then I am sure you would agree that when a batsman is given out, he shouldn't shout at or argue with the umpire, or call him names. Do you agree to that?"

Coach Rogers went on, "And when I take you out of the game so another kid gets a chance to play too, it's not good sportsman-spirit to call your coach "a moron or

Dave shook his head 'No'.

"Good", said coach Rogers, "Now go over there and explain all that to your grandmother!"

A spiritualist who'd recently been widowed met a colleague and reported excitedly that she'd just received a message from her dead husband - asking her to send him a pack of cigarettes.

"The only thing is," she mused, "that I don't know where to send them."

"Why not?" asked her friend.

"Well, he didn't actually say that he was in Heaven - but I can't imagine he'd be in Hell."

"Hm," responded the friend. "Well, maybe I shouldn't bring this up, but. . . he didn't mention anything about including matches in the package, did he?" Hair dress - Original and cheap | Source : Jokes of The Day - By Jokes of the day visitor


Warning Signs that you Might Need a Different Lawyer

Two elderly gentlemen, who had been without sex for several years, decided they needed to visit a cat-house for some tail..... When they arrived, the madam took one look at them and decided she wasn't going to waste any of her girls on these two old men.

So she used "blow-up" dolls instead. She put the dolls in each man's room and left them to their business.

After the two men were finished, they started for home and got to talking.

The first man said, "I think the girl I had was dead. She never moved, talked or even groaned... how was it for you?"

The second man replied, "I think mine was a witch."

The first man asked, "How's that?" "Well," said the second man, "when I nibbled on her breast.....she farted and flew out the window!" 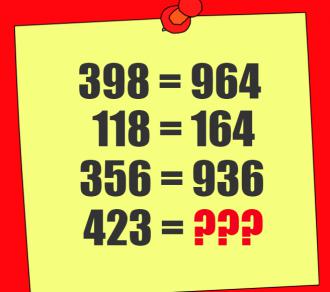 If there were 4 potatoes in a room, which one would be the prostitute?

The one that's labeled "IDAHO"