“Did Gregor Mendel ever win the Nobel Peas Prize?”

HOYO Smartphone Shower Case - if you need phone in the shower - The HOYO(on kickstarter) has been specifically designed to allow smart phone owners to take their device into the shower with them knowing that it is completely protected from water damage. - link to page video is posted initially.

One early morning, Rehan's wife died after a long illness. Rehan called for an ambulance from the funeral service. He said: “My wife is no more. She died this morning.”

The operator said, “I am sorry to hear that. I will arrange to send an ambulance right away. And what is the name of the street, sir?”

Cemetery
A man placed some flowers on the grave of his departed mother and started back for his car, parked on the cemetery road. His attention was diverted to a man kneeling at a grave.
The man seemed to be praying with profound intensity, and kept repeating, "Why did you die? Why did you die?"
The first man approached him and said, "Sir, I don't want to interfere with your private grief, but this demonstration of hurt and pain is more than I've ever seen before. For whom do you mourn so deeply? Your Child? A parent? Who, may I ask, lies in that grave?"
The mourner answered, "My wife's first husband! ... Why did you die? Why did you die?"
#joke
Joke | Source: A joke a day - Free Jokes of the Day Clean Funny Jokes via Email, Humor and Entertainment Safe public transportation - I guess there is a place for one more | Source : Jokes of The Day - By Jokes of the day visitor

An application was for employment
A program was a TV show
A cursor used profanity
A keyboard was a piano!

Memory was something that you lost with age
A CD was a bank account
And if you had a 3 1/2 inch floppy
You hoped nobody found out!

Log on was adding wood to a fire
Hard drive was a long trip on the road
A mouse pad was where a mouse lived
And a backup happened to your commode!

I guess I'll stick to my pad and paper
And the memory in my head
I hear nobody's been killed in a computer crash
But when it happens they wish they were dead!

The lawyer is standing at the gate to Heaven and St. Peter is listing his sins:

1) Defending a large corporation in a pollution suit where he knew they were guilty.

2) Defending an obviously guilty murderer because the fee was high.

3) Overcharging fees to many clients.

4) Prosecuting an innocent woman because a scapegoat was needed in a controversial case.

The lawyer objects and begins to argue his case. He admits all these things, but argues, "Wait, I've done some charity in my life also."

St. Peter looks in his book and says,"Yes, I see. Once you gave a dime to a panhandler and once you gave an extra nickel to the shoeshine boy, correct?"

The lawyer gets a smug look on his face and replies, "Yes."

St. Peter turns to the angel next to him and says, "Give this guy 15 cents and tell him to go to hell." 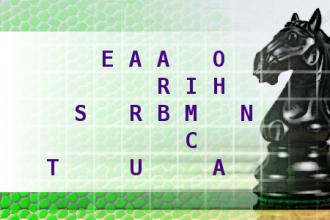 Why did the tomato blush?

Because he saw the salad dressing!

Chuck Norris was once in a kni...

Chuck Norris was once in a knife fight. The knife lost.
#joke #short #chucknorris
Joke | Old joke from joke of the day archives - Check out other old jokes Wednesday, 08 June 2011