Q: What do you call three blondes standing in a row?
A: A wind tunnel.
#joke #short #blonde
Joke | Source: Laugh Factory Network - Watch our huge library of the best stand-up comedy videos, get information on our stand-up comedians, read our joke of the day

“An embrace at a n*dist colony is a bare hug.”

#Top5 Insane POV - Ever want to put yourself in the shoes of an extreme daredevil? - link to page video is posted initially.

Reaching the end of a job interview, the Human Resources Person asked a young Engineer fresh out of MIT, "And what starting salary were you looking for?"

The Engineer said, "In the neighborhood of $125,000 a year, depending on the benefits package."

The interviewer said, "Well, what would you say to a package of 5 weeks vacation, 14 paid holidays, full medical and dental, a company matching retirement fund for 50% of your salary, and a company car leased every 2 years -- say, a red Corvette?"

The Engineer sat up straight and said, "Wow! Are you kidding?"

And the interviewer replied, "Yeah, but you started it."

Can I Smell Somethin

A guy goes into a bar and seats himself next to a hot looking woman. After a few drinks he musters the courage to talk to her. After a few more drinks and a little conversation he leans over to the woman and asks, "Can I smell your Pussy?"

The woman is outraged and answers with a stern, "Of course not!"

Oh, then it must be your feet." Toilets with option to be used as squat toilets - New advanced version of toilet | Source : Jokes of The Day - By Jokes of the day visitor

What do you call a mushroom...

What do you call a mushroom that goes into a bar and buys drinks for everyone all night long?

Fungi to be around!

As the plane was flying low ov...

As the plane was flying low over some hills near Athens, a lady asked the stewardess: "What's that stuff on those hills?"


"That's what I thought," said the lady, "but this fellow in front of me said it was Greece." 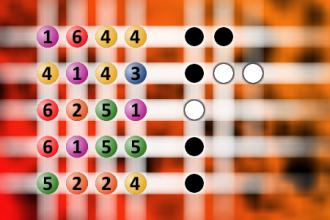 Two guys are sitting at a bar.

"You know why I love this bar?" asks the first one.

The first guy points at the window, which is six stories above the ground. "It has a magic window," he says. "You jump out of that window, and you can fly."

The second guy just shakes his head. "Shut up."

So the first guy gets down from his bar stool, runs at the window, jumps out of it, and flies. He flies around the building twice, up and down, and finally comes back in. He walks to his barstool, and takes a sip of his drink. "See?" he says.

The first guy looks confused. He looks at his drink. "I must be drunk," he says.

"Still don't believe me?" asks the second guy. "I'll show you again." He gets down from his stool, runs and jumps out of the window again. This time he performs some impressive aerial acrobatics, spins, flips, dives. When he finally comes back in, the second guy is staring at him, slack-jawed.

"Wow," says the second guy. "A magic window." He gets off his barstool, takes a running jump out of the window, and promptly plummets to his death. The first guy starts laughing.

The bartender comes over to the first guy with a stern look on his face. "Superman, you're a real asshole when you're drunk."

Most people put their pants on...

Most people put their pants on one leg at a time, Chuck Norris does both legs at once.
#joke #short #chucknorris
Joke | Old joke from joke of the day archives - Check out other old jokes Friday, 11 November 2011