A woman announces to her friend that she is getting married for the fourth time.
"How wonderful! But I hope you don't mind me asking what happened to your first husband?"
"He ate poisonous mushrooms and died."
"Oh, how tragic! What about your second husband?"
"He ate poisonous mushrooms too and died."
"Oh, how terrible! I'm almost afraid to ask you about your third husband."
"He died of a broken neck."
"A broken neck?" 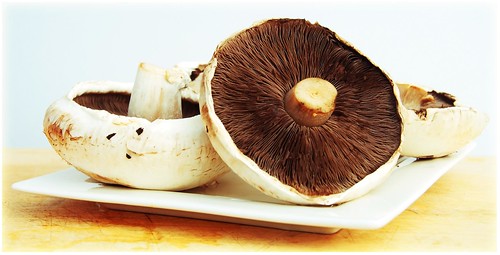 "He wouldn't eat the mushrooms."

A werewolf joke
What do you call a werewolf that drinks too much?
A whino!

A witch joke
Where did the witch get her furniture?
From the ideal gnome exhibition!

A skeleton joke
Why didn't the skeleton go to the party?
He had no body to go with!

A cannibal joke
What happened at the cannibal's wedding party?
They toasted the bride and groom!

A ghost joke
How can you tell if a corpse is angry?
It flips its lid!

A demon joke
What do demons have on holiday?
A devil of a time! The Captain called the Sergean...