What lies at the bottom of the...

What lies at the bottom of the ocean and twitches? A nervous wreck.
#joke #short
Joke | Source: Laugh Factory Network - Watch our huge library of the best stand-up comedy videos, get information on our stand-up comedians, read our joke of the day

“What's the best way to serve a stack of puncakes? Syruptitiously.”

Funny video of the day - Speeding on longboard fail

Speeding on longboard fail - I have protected my knees, don't need to protect head - link to page video is posted initially.

In The Hotel Lobby

A man is in a hotel lobby. He wants to ask the clerk a question. As he turns to go to the front desk, he accidentally bumps into a woman beside him and as he does, his elbow goes into her breast.
They are both quite startled.
The man turns to her and says, "Ma'm, if your heart is as soft as your breast, I know you'll forgive me." 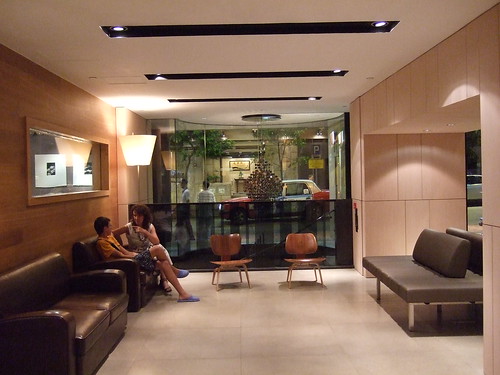 10.He shows up with a pair of nail clippers and a Ziploc bag

9. On the side of his mower you notice the stenciled silhouettes of thirteen cats

8. Stops frequently to nap inside the grass-catcher

7. Always trying to impress you by stopping the mower blades with his head

6. You notice him shoving the last of his clothes into the mulcher

5. He's fascinated by the details of you home security system

4. Stops every couple of minutes to smoke some clippings

3. Somehow manages to mow the hood ornament off your Lexus

2. Turns a goat loose and says he'll be back in three weeks Gorilla viewing glasses in everyday usage - When you want to prevent eye-contact of any kind | Source : Jokes of The Day - By Jokes of the day visitor

Q: What has a bunch of little balls and screws old ladies?

A: A bingo machine. 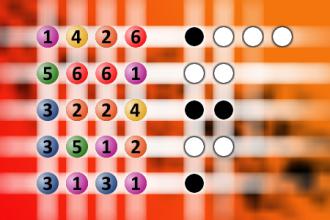 A poet and a scientist were tr...

Why did the British cross the Atlantic?

To get to the other tide!

Speculate wildly about the cause of the problem:

Nature of the problem:

Is your computer plugged in? Yes No

Is it turned on? Yes No

Have you tried to fix it yourself? Yes No

Have you made it worse? Yes

Have you read the manual? Yes No

Are you sure you've read the manual? Yes No

Are you absolutely certain you've read the manual? No

Do you think you understood it? Yes No

If `Yes' then why can't you fix the problem yourself?

How tall are you? Are you above this line?

What were you doing with your computer at the time the problem occurred?

Are you sure you aren't imagining the problem? Yes No

How does this problem make you feel?

Tell me about your childhood

Do you have any independent witnesses of the problem? Yes No

Can't you do something else, instead of bothering me? Yes

A: Both look out their windows and see Rubble.

The first ticket I got in Manhattan I thought was a misprint. Im like, No, this has got to be a mistake. You put a quarter in the meter out there and it runs out, its a $55 fine. Thats a little excessive. Now, I could see it if you parked in a handicapped persons living room, but not for the meter running out. It goes from 25 cents to $55. Thats a 22,000% increase.
#joke
Joke | Old joke from joke of the day archives - Check out other old jokes Friday, 25 June 2010