A computer once beat me at che...

A computer once beat me at chess, but it was no match for me at kick boxing.
#joke #short
Joke | Source: Laugh Factory Network - Watch our huge library of the best stand-up comedy videos, get information on our stand-up comedians, read our joke of the day

An old farmer got pulled over by a young state trooper for speeding. The trooper, fresh on the job, decided to throw his weight around and started lecturing the farmer about his speed. He did his best to make the farmer feel uncomfortable but eventually got around to writing the ticket. As he wrote, he had to swat at several flies that were buzzing around his head.
"Having some problems with circle flies there, are ya?" asked the farmer.
The trooper stopped writing the ticket and looked up. "Well yeah, if that's what they are," he said. "I never heard of circle flies, though."
"Oh, they're pretty common on farms," said the farmer. "We call 'em circle flies because they're always circling around the back end of a horse."
"I see," said the trooper as he continued writing the ticket. All of a sudden, he stopped and looked up at the farmer. "Hey...wait a minute, are you trying to call me a horse's ass?"
"Oh no, officer," replied the farmer. "I have far too much respect for law enforcement and police officers to even think about calling you a horse's ass."
"Well, that's a good thing," said the trooper as he resumed writing the ticket.
After a long pause, the farmer continued. "Hard to fool them flies, though."

NEW Real Life GTA 5 Fireworks Hack - In this new GTA 5 real life fireworks hack, this guy shoots a series of roman candles from one "gun", sending a series of flares into the air. - link to page video is posted initially.

“My dentist would sim...

“My dentist would simply not stop working on my teeth. He was abscessive compulsive.”


Given a bad start, trouble will increase at an exponential rate.
Glory may be fleeting, but obscurity is forever.
Go where the money is.
Good advice is something a man gives when he is too old to set a bad example.
Good judgement comes from experience. Experience comes from bad judgement.
Good listeners are not only popular everywhere, but after awhile they know something.
Government expands to absorb revenue and then some.
Great minds run in great circles.
Half of being smart is knowing what you are dumb at.
Happiness is merely the remission of pain.

Funny Photo of the day - Strongman in training Strongman in training - Next competition is his! | Source : Jokes of The Day - By Jokes of the day visitor

A lawyer and an engineer were fishing in the Caribbean. The

lawyer said, "I'm here because my house burned down, and all

I owned was destroyed by the fire. The insurance company paid

for everything and I'm using some of the insurance money for

"That's quite a coincidence," said the engineer. "I'm here

because my house and all my belongings were destroyed by a

flood, and my insurance company also paid for everything."

The lawyer looked somewhat confused. "How do you start a 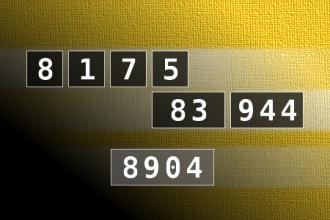