When someone yawns, do deaf pe...

When someone yawns, do deaf people think they're screaming?
#joke #short
Joke | Source: Laugh Factory Network - Watch our huge library of the best stand-up comedy videos, get information on our stand-up comedians, read our joke of the day

“The new jail tunnel was a runaway success.” Abraham Lincoln was elected to Congress in 1846.

John F Kennedy was elected to Congress in 1946.

Abraham Lincoln was elected President in 1860.

The names Lincoln and Kennedy each contain seven letters.

Both were particularly concerned with civil rights.

Both wives lost their children while living in the White

Both Presidents were shot on a Friday.

Both Presidents were shot in the head.

Both were assassinated by Southerners.

Both were succeeded by Southerners.

Both successors were named Johnson.

Andrew Johnson, who succeeded Lincoln, was born in 1808.

Lyndon Johnson, who succeeded Kennedy, was born in 1908.

John Wilkes Booth, who assassinated Lincoln, was born in

Lee Harvey Oswald, who assassinated Kennedy, was born in

Both assassins were known by their three names.

Both names are comprised of fifteen letters.

Booth ran from the theater and was caught in a warehouse.

Oswald ran from a warehouse and was caught in a theater.

Booth and Oswald were assassinated before their trials.

And here's the kicker...

A week before Lincoln was shot, he was in Monroe, Maryland.

A week before Kennedy was shot, he was in Marilyn Monroe.

On their honeymoon, the new husband told his bride, "I have a confession to make that I should have made before, but I was concerned that it might affect our relationship.
"What is it?" his new bride asked lovingly.
"I'm a golf fanatic," he said. "I think about golf constantly. I'll be out on the golf course every weekend, every holiday, and every chance I get. If it comes to a choice between your wishes and golf, golf will always win."
His new bride pondered this for a moment and said, "I thank you for your honesty. Now in the same spirit of honesty, I should tell you that I've concealed something about my own past that you should know about. The truth is, "I'm a hooker." "No problem," said her husband, "just widen your stance a little, and overlap your grip, and that should clear it right up." 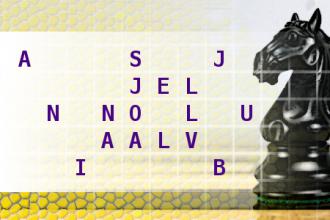 An old man was tired from ridi...

An old man was tired from riding his bike, and decided to hitch hike. A guy in his red Corvette pulled up to give him a lift. When the old man brought out his bike that he had leaned up against a tree, the driver said, "I have no room for your bike in my car, but I'd like to help you in someway seeing you standing here in the hot sun." After a few seconds of thought, the driver said, "I know what we can do. I have a rope behind my seat. I'll tie one end of it to the rear end of my car and the other end to the front your bike. You ride your bike, and I'll give you this whistle. If I go too fast for you, just blow your whistle and I'll slow down." The old guy agreed to it. So off he went down the highway with the old man and his bike in tow. A little ways down the rode, a young lady in a bright yellow corvette pulls up next to them. She gives the guy in the red Vette the High Sign, meaning "you want a drag?" Off they go down the highway, 100 plus MPH, the old man blowing his whistle like crazy. They zipped by a Highway Patrol cop sitting under a tree. The cop knew he couldn't catch them, so he called ahead to his fellow cop down the rode to intercept. "Car number 2, this is car number 1." "Go head number 1, what'cha got for me?" I got a red and yellow Vettes come down your way doing hundred plus, can you intercept?" "Ten-four, Is there anything else?" "Yeah, you wouldn't believe this, but there is an old guy riding a bicycle blowing his whistle trying to pass."
#joke
Joke | Old joke from joke of the day archives - Check out other old jokes Tuesday, 08 November 2011

10 Things You Never Hear in Church

1. Hey! It's my turn to sit in the front pew!
2. I was so enthralled, I never noticed your sermon went 25 minutes over time.
3. Personally I find witnessing much more enjoyable than golf.
4. I've decided to give our church the $500 a month I used to send to TV evangelists.
5. I volunteer to be the permanent teacher for the Junior High Sunday School class.6. Forget the denominational minimum salary. Let's pay our pastor so he can live like we do.
7. I love it when we sing hymns I've never heard before!
8. Since we're all here, let's start the service early.
9. Pastor, we'd like to send you to this Bible seminar in the Bahamas.
10. Nothing inspires me and strengthens my commitment like our annual stewardship campaign!

Q: Why can't Buddhists vacuum in the corners?
A: No attachments.
- Joke shared by Beliefnet member Barrybear47

Your home has more miles on it than your car.

Your Christmas tree is still up in February.

You've ever been arrested for loitering.

You think that potted meat on a saltine is an hors d'ouvre.

There is a stuffed possum anywhere in your house.

You hammer bottle caps into the frame of your front door to make it look nice.

You've ever shot anyone for looking at you.

You own a homemade fur coat.

Your wife can climb a tree faster than your cat.

A little old lady was running up and down the halls in a nursing home.

As she walked, she would flip up the hem of her nightgown and say "Supersex."

She walked up to an elderly man in a wheelchair. Flipping her gown at him, she said, "Supersex."

He sat silently for a moment or two and finally answered, "I'll take the soup."