“The fruit farmer is berry competitive in his field.”

Black Tie Beach 2014 - Hundreds of participants spend a day at the beach in black tie attire. - link to page video is posted initially.

10. God worried that Adam would always be lost in the garden because he knew men would never ask directions.

8. God knew that Adam would never buy a new fig leaf when the seat wore out and therefore would need Eve to get one for him.

7. God knew that Adam would never make a doctors appointment for himself.

6. God knew that Adam would never remember which night was garbage night.

5. God knew that if the world was to be populated there would have to be someone to bear children, because men would never be able to handle it.

4. As 'Keeper of the Garden' Adam would never remember where he put his tools.

3. The scripture account of creation indicates that Adam needed someone to blame his troubles on when God caught him hiding in the garden.

2. As the Bible says, 'It is not good for man to be alone.' He only ends up getting himself in trouble.

When God had finished the creation of Adam, He stepped back, scratched his head and said, 'I KNOW I can do better than THIS!!'

Q: Why did the Siamese twins move to England?
A: So the other one could drive. Safe ladder transport - Until one of them hits the brake | Source : Jokes of The Day - By Jokes of the day visitor

Driving down a remote road, a motorist sees a sign that says: "Watch For Fallen Rocks."

A couple of miles of careful driving later, he spots some pebbles and stops to pick a few up. Arriving in the next town, the motorist carries the stones into the highway maintenance office.

Placing them on the counter, he says to an official: "Here are your fallen rocks. Now where's my watch?"


Two Newfies landed themselves a job at a saw mill. Just before morning the one yelled, "Mick! I lost me finger!"
"Have you now?" says Mick. "And how did you do it?"
"I just touched this big spinning thing here... No! There goes another one!" 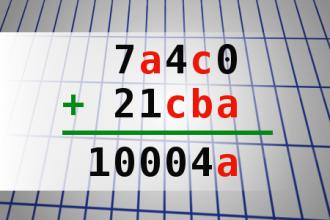 What do you do in case of fallout?

Put it back in and take shorter strokes.

I have found some ways to use feminism to my own advantage -- mostly to remain lazy and disgusting.
#joke #short
Joke | Old joke from joke of the day archives - Check out other old jokes Wednesday, 29 August 2012

I always wanted to be a figure skater as a kid, too, that was like my fantasy dream. But whenever I watch it, I think I would have totally done it alone. I dont know how these people have enough control over the tempers to be working with a partner. Because if I worked with some guy for 15 years, and we got to the Olympics, and out of nowhere he just fell -- oh, Id skate around just to chop off his fingers. I would, and I would not feel bad about that -- ever. Now when youre nubbing your cereal spoon in the morning, you can look at that box and remember why were not on it.
#joke
Joke | Old joke from joke of the day archives - Check out other old jokes Sunday, 29 August 2010

A blonde, a brunette and a redhead went into a bar and asked the bartender: