Q: What's red and bad for your teeth?
A: A brick.
#joke #short
Joke | Source: Laugh Factory Network - Watch our huge library of the best stand-up comedy videos, get information on our stand-up comedians, read our joke of the day

There was an engineer who had ...

There was an engineer who had an exceptional gift for fixing all things mechanical. After serving his company loyally for over 30 years, he happily retired.

Several years later the company contacted him regarding a seemingly impossible problem they were having with one of their multi-million dollar machines. They had tried everything and everyone else to get the machine fixed, but to no avail. In desperation, they called on the retired engineer who had solved so many of their problems in the past.

The engineer reluctantly took the challenge. He spent a day studying the huge machine. At the end of the day, he marked a small "x" in chalk on a particular component of the machine and proudly stated, "This is where your problem is."

The part was replaced and the machine worked perfectly again.

The company received a bill for $50,000 from the engineer for his service. They demanded an itemized accounting of his charges.

The engineer responded briefly:
Chalk mark: $1
Knowing where to put the chalk mark: $49,999

Top 5 Scare Pranks - Look around the haunted house and see if you can find the top 5 scare pranks! If you look hard enough, you may find more! - link to page video is posted initially.

“He sold a batch of release spray to someone in jail but it was just a silly-con.”

A dietitian was once addressing a large audience in Chicago:
"The material we put into our stomachs is enough to have killed most of us sitting here, years ago. Red meat is awful. Soft drinks erode your stomach lining. Chinese food is loaded with MSG. Vegetables can be disastrous, and none of us realizes the long-term harm caused by the germs in our drinking water.
"But there is one thing that is the most dangerous of all and we all have eaten or will eat it. Can anyone here tell me what food it is that causes the most grief and suffering for years after eating it?"
A 75-year-old man in the front row stood up and said, "Wedding cake."

Funny Photo of the day - Some things just can't wait! Some things just can't wait! - Double emergency is tough | Source : Jokes of The Day - By Jokes of the day visitor

Q: What do you call an Amish guy with his hand up a horse's ass?

Not too long ago a large seminar was held for ministers in training.

Among the speakers were many well known motivational speakers. One such boldly approached the pulpit and, gathering the entire crowd's attention, said, "The best years of my life were spent in the arms of a woman that wasn't my wife!"

The crowd was shocked! He followed up by saying, "And that woman was my mother!" - The crowd burst into laughter and he gave his speech which, went over well.

About a week later one of the ministers who had attended the seminar decided to use that joke in his sermon. As he shyly approached the pulpit one sunny Sunday, he tried to rehearse the joke in his head. It seemed a bit foggy to him this morning.

Getting to the microphone he said loudly, "The greatest years of my life were spent in the arms of another woman that was not my wife!"

His congregation sat shocked. After standing there for almost 10 seconds trying to recall the second half of the joke, the pastor finally blurted out "...and I can't remember who she was!" 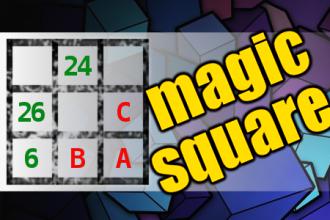 Bank Drive-in Window Blocked by Board


You might be a redneck if...
Your momma calls you over to help, cause she has a flat tire...on her house
The ASPCA raids your kitchen.
You have to check in the bottom of your shoe for change so you can get Grandma a new plug of tobacco.
You can't get married to your sweetheart because there is a law against it.
You celebrate Groundhog Day because you believe in it.
Your kid takes a siphon hose to show-and-tell.
You've been on TV more than 5 times describing the sound of a tornado.
You fish in your above-ground pool. . . and catch something.
Your beer can collection is considered a tourist attraction in your home town.
Getting a package from your post office requires a full tank of gas in the truck.

A small-town country boy gets a scholarship to Harvard. During his first week on campus, when he's still learning to get around the place, he's trying to find the library to meet up with a study group. While wandering around, he sees an older, distinguished-looking man walking by. Figuring that the man is a professor, or otherwise associated with the school, he decides to ask him for directions.

"Excuse me," he asks, "do you know where the library is at?"

The man stops, looks at him, and sniffs, "Son, at Harvard we do not end a sentence with a preposition".

"OK. Do you know where the library is at, asshole?"

When Arnold says "I'll be back" in the Terminator movie it is implied that he's going to ask Chuck Norris for help.
#joke #short #chucknorris
Joke | Old joke from joke of the day archives - Check out other old jokes Sunday, 16 October 2011

The dentist pulls out a Novocain needle to give the man a shot, so he can extract the man's tooth. 'No way! No needles. I hate needles' the patient said.
The dentist starts to hook up the nitrous oxide and the man objects I can't do the gas thing. The thought of having the gas mask on is suffocating to me! The dentist then asks the patient if he has any objection to taking a pill. 'No objection,' the patient says. 'I'm fine with pills.'
The dentist then returns and says, Here's a Viagra tablet.'
The patient says, 'Wow! I didn't know Viagra worked as a pain killer!'
It doesn't' said the dentist, 'but it's going to give you something to hold on to when I pull your tooth.

Having a gun, lets face it guys, is a lot like having a penis, I think. You got to keep it concealed. And if you wave it in a womans face, chances are shell call the cops.
#joke #short
Joke | Old joke from joke of the day archives - Check out other old jokes Sunday, 16 October 2011