“I shouldn't have plugged my iPhone into the PC at the kitchen. It's now in the sync.”

Maybe you think it's hoagie, but to prepare myself for a large sandwich, I always sing ‘A Mayonnaising Graze.'
#joke #short
Joke | Source: Pun Gents - Daily Jokes, One-liners, Groaners, Puns of the day :: Puns on Demand :: Punshine Girls and Boys!

Ultimate Dash Cam Fails - These dash cam fails have caught the craziest things. Check out all of them in this fails compilation! - link to page video is posted initially.

Bambi, a blonde in her fourth year as a UCLA freshman, sat in her US government class. The professor asked Bambi if she knew what Roe vs. Wade was about.
Bambi pondered the question then finally said, "That was the decision George Washington had to make before he crossed the Delaware."

A local priest and a pastor were fishing on the side of the road. They thoughtfully made a sign saying, "The End is Near! Turn yourself around now before it's too late!" and showed it to each passing car. One driver who drove by didn't appreciate the sign and shouted at them, "Leave us alone, you religious nuts!"
All of a sudden they heard a big splash, looked at each other, and the priest said to the pastor, "You think maybe we should have just said 'Bridge Out' instead?"
#joke
Joke | Source: Belief net - Joke of the day, features on religion, spirituality, faith Breastfeeding - level Father - Lucky for him, he has no chest hair | Source : Jokes of The Day - By Jokes of the day visitor

settle out of court."

A chicken walks into a library... 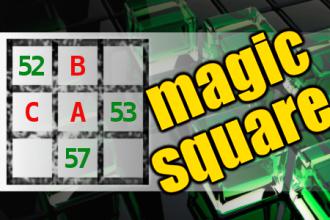 A man returned to his parked B...

A man returned to his parked BMW to find the headlights broken and considerable damage to the front end of the car. There was no sign of the offending vehicle, but he was relieved to see that there was a note stuck under the windshield wiper.

The note read: "Sorry I just backed into your car. The witnesses who saw the accident are nodding and smiling at me because they think I'm leaving my name, address and other particulars, But I'm not."

Cop pulls over a car with a couple in it.

"What, that's ridiculous! I did no such thing!"

"Sir, I caught you with my radar gun, and it's always accurate, but I'll give you some leeway and reduce it to 62.

"Well, not this time, asshole. I know I was doing 54! I'll take it to court, you son of a bitch!" The cop hands the man the ticket, and he rips it up.

"Sir, I'm going to have to insist you calm down, or I'll put you under arrest." Suddenly, the wife interjects, "Mister, I wouldn't push it. There's no use arguing with him when he's drunk."

There was this little guy sitt...

There was this little guy sitting in a bar, drinking his beer, minding his own business when all of a sudden this great big dude comes in and -- WHACK!! -- knocks him off the bar stool and onto the floor. The big dude says, "That was a karate chop from Korea." The little guy thinks "GEEZ," but he gets back up on the stool and starts drinking again when all of a sudden -- WHACK!! -- the big dude knocks him down AGAIN and says, "That was a judo chop from Japan." So the little guy has had enough of this... He gets up, brushes himself off and quietly leaves. The little guy is gone for an hour or so when he returned. Without saying a word, he walks up behind the big dude and -- WHAM!!!" -- knocks the big dude off his stool, knocking him out cold!!! The little guy looks at the bartender and says, "When he gets up, tell him that's a crowbar from Sears.
#joke #beer
Joke | Old joke from joke of the day archives - Check out other old jokes Saturday, 27 October 2012

This bartender is in a bar, when this really hot chick walks up and says in a sexy seductive voice, “May I please speak to your manager?” He says, “Not right now, is there anything I can help you with?” She replies, “I don't know if your the man to talk to…its kind of personal…” Thinking he might get lucky, he goes, “I'm pretty sure I can handle your problem, miss.” She then looks at him with a smile, and puts two of her fingers in his mouth…and he begins sucking them, thinking “I'm in!!!” She goes, “Can you give the manager something for me?” The bartender nods…yes. “Tell him there's no toilet paper in the ladies restroom.”
#joke
Joke | Old joke from joke of the day archives - Check out other old jokes Monday, 24 October 2011