This young man was elated when ...

This young man was elated when he turned eighteen in a state where curfew is 11:00 p.m. for any one under seventeen years of age. He told his Dad how happy he was that now he could stay out until 3:00 a.m. if he wanted.
“Yes you can stay out as late as you want, but the car is under seventeen and it has to be in the garage by eleven,” his father said.

“It's a clumsy reflection of yourself when you break a mirror.”

Feeding baby in 2014 - Feeding Baby with Phone on head - obviously the only possible way to feed baby - link to page video is posted initially.

A guy was standing at the bottom of the stairs listening to the bells. He decided to go up and meet the ringer. So he raced up the many stairs until finally he was standing not three meters away from quazimodo.

"No training is needed or you will be in danger"

The guy replied to this "C'mon please I'll be careful"

"Can I ring the bell with my head? “The guy asked

Alas on his first heave he lost balance and when the bell swung back it hit him out the window he fell down the tower to his death. Quazimodo raced down the stairs with all possible speed, when he was at the bottom a small crowd had gathered with a policeman examining the body.

The policeman yelled to the crowd, "Does anybody know this man?”

Quazimodo then answered, "No, but his face rings a bell"

Which one picked it up?

Just before Christmas, an honest politician, a generous lawyer and Santa Claus were riding in the elevator of a very posh hotel.

Just before the doors opened they all noticed a $20 bill lying on the floor. Which one picked it up?

Santa of course, because the other two don't exist!

Funny Photo of the day - Eating a lollipop like a Russian Eating a lollipop like a Russian - Perfectly safe - what could go wrong? | Source : Jokes of The Day - By Jokes of the day visitor


The following is supposedly a true story. To be included, besides being true, the story is most likely strange, weird, surprising, or funny.
January 16, 1993
Escondido attorney Ben Echeverria filed a $2 million lawsuit in August against Texaco Inc. and a local gas station manager because station attendants were pumping gas for women at self-service prices, but not for men.
The station almost immediately stopped its practice and forced women to start pumping for themselves.

Stock your refrigerator with a terrifying "head" in a jar.
#joke #short #aprilfoolsday #prank
Joke | Source: Jokes of The Day - By Jokes of the day visitor 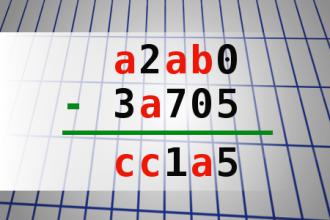 A man in Topeka, Kansas decided to write a book about churches around the country. He started by flying to San Francisco and worked east from there. Going to a very large church, he began taking photographs and notes. He spotted a golden telephone on the vestibule wall and was intrigued by a sign which read: "$10,000 a minute." Seeking out the Pastor he asked about the phone and the sign. The Pastor explained that the golden phone was, in fact, a direct line to Heaven and if he paid the price he could talk directly to God. The man thanked the Pastor and continued on his way. As he continued to visit churches in Seattle, San Diego, Chicago, Greensboro, Tampa and all around the United States, he found more phones with the same sign and got the same answer from each Pastor.
Finally, he arrived in Texas. Upon entering a church in Dallas, behold, he saw the usual golden telephone. But THIS time, the sign read: "Calls: 35 cents." Fascinated, he asked to talk to the Pastor.
"Reverend, I have been in cities all across the country and in each church I have found this golden telephone. I have been told it is a direct line to Heaven and that I could talk to God, but, in the other churches the cost was $10,000 a minute. Your sign reads 35 cents. Why?"
The Pastor, smiling benignly, replied, "Son, you're in Texas now... It's a local call."
#joke
Joke | Source: Belief net - Joke of the day, features on religion, spirituality, faith

Man: Whats your name?
Woman: Tammy
Man: You should change it to Campbells, cause you're mmm mmm GOOD!
#joke #short
Joke | Source: A joke a day - Free Jokes of the Day Clean Funny Jokes via Email, Humor and Entertainment

"Vermont Senator James Jeffords is being called a hero today after he chased down a teenager who stole a wallet from his daughter-in-law on Capitol Hill. How fat are our kids getting when they're being run down by 68-year-old senators. ... At one point Jeffords yelled out 'Stop thief' and two hundred congressmen froze." - Jay Leno
"Some scholars have argued [that] the Constitution clearly states only Congress can declare war, and they are not allowed to simply delegate that authority to the president. However, you can get around that with the legal technique of taking the word 'constitution' and adding the word 'shmonstitution' to the end of it." - Jon Stewart
"Earlier this week the Senate voted 97-to-0 for tougher regulations. For example, when corporations buy a senator, they must now get a receipt." - Jay Leno

Hilarious Humor about the Irish

"Is ut dangerous she is?"

"No, she's too weak t' be dangerous anymore!"

"Didja hear the news?" asked Keenan of his pal at the saloon. "Harrigan drank so much, his wife left him!"

"Bartender! Give me six boilermakers!!"

A group of fathers are sitting

A group of fathers are sitting around talking about their teenage daughters. One dad says, " I think my 16 year old is smoking; I found a empty cigarette pack under her bed." All the other fathers say in unison, "Oh no!" Then a second dad says, "That's nothing. I found an empty liquor bottle under my 16 year old's bed." All the other fathers say in unison, "Oh dear!" Then a third dad says, "Mine's worse than both of those combined: I went into my 16 year old daughter's room and found a used condom." All the other fathers say in unison, "Jesus Christ!" The third father replies "Yeah, I didn't know she had a dick!"
#joke
Joke | Source: Laugh Factory Network - Watch our huge library of the best stand-up comedy videos, get information on our stand-up comedians, read our joke of the day

A city slicker shoots a duck out in the country. As he's retrieving it, a farmer walks up and stops him, claiming that since the duck is on his farm, it technically belongs to him. After minutes of arguing, the farmer proposes they settle the matter "country style."

Warily the city boy agrees and prepares himself. The farmer hauls off and kicks him in the groin with all his might. The city boy falls to the ground in the most intense pain he's ever felt, crying like a baby and rolling around on the ground. Finally he staggers to his feet and says: "All right, n-now it's–it's m-my turn."

The farmer grins: "Forget it, you win. Keep the duck."

Q. What did the penis say to the condom?

My uncle had surgery and became a superman, and then the anesthetic wore off.
#joke #short
Joke | Old joke from joke of the day archives - Check out other old jokes Monday, 10 November 2008