Who was the First Guy to Drink Milk?

He must be the biggest creep of all time

My therapist told me the way to achieve true inner peace is to finish what I start. So far I’ve finished two bags of M&Ms and a chocolate cake. I feel better already..

Hail Storm Turns Italian Street into River - Heavy rain and hail completely flooded Via Etnea, the main street in the city of Catana, Sicily, on Thursday. - link to page video is posted initially.

A man sees a gorgeous and sexy woman standing alone at a bar. After tossing back a couple of shots he gets the nerve to approach her and says: "Hi, I was going to tell you a joke about my penis, but it's too long."

The woman looks at him for a moment and replies: "What a coincidence. I was going to tell you a joke about my ass, but you'll never get it."

“That cattle farmer i

“That cattle farmer is upset. He is raising kine.”

Funny Photo of the day - Best fathers birthday cake ever Best fathers birthday cake ever - If father wants sons face on cake, that is what he gets! | Source : Jokes of The Day - By Jokes of the day visitor

A man goes into a drug store a

A man goes into a drug store and asks the pharmacist if he can give him something for the hiccups. The pharmacist promptly reaches out and slaps the man's face.
"What the heck did you do that for?!!" the man screams.
"Well, you don't have the hiccups anymore, do you?"
The man says, "No I don't, but my wife out in the car still does!" 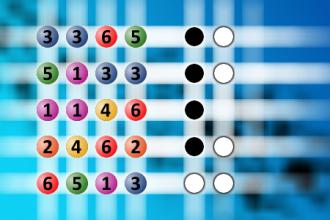 Time sensitive note: This joke pertains to the crash of a Chinese plane into a United States plane over International waters. China demanded an apology from us and stole technology from our plane when it was forced to make an emergency landing in Chinese lands.
China blames U.S. for second mid-air collision!
Beijing (Reuters) - Chinese officials have stated they are holding the United States,â Fully responsible" for todayâs mid air collision, involving several Chinese aircraft and one American aircraft. This comes just weeks after a similar incident involving a U.S. spy plane.
Officials have stated that at approximately 8:46am, GMT, a squadron of F-8 fighters collided with the American Goodyear Blimp. The crash left over a dozen Chinese fighters downed and the blimps electronic billboard damaged.
A Chinese pilot who witnessed the collision involving his squadron, nicknamed "Panda Rash", told China's news agency that he saw the American blimp dive out of the clouds and onto wingman Thee Sum Yun Dork's f-8 jet.
"I told Thee Dork his tail was all broken. Keep it straight. Keep it straight." said the pilot "He could not shake the American foreign-devil" The blimp reportedly then veered left then right, taking out the rest of the squadron.
Pilot Chawp Sueey told Xinhua the American blimp " Fully responsible for the incident" repeating the language Beijing had used in the earlier incident.
China blames this new accident on the Goodyear blimp, saying it rammed the supersonic fighters, and has demanded an apology.
Officials from the Goodyear Company have said it is unlikely that the slow propeller driven blimp could turn inside and ram a dozen nimble fighters unless the Chinese were testing chimp pilots.
"The direct cause of the collision was that the American blimp made a sudden big move toward the Chinese planes, making it impossible for the Chinese planes to get out of the way. The savage act of American blimps colliding with Chinese planes while conducting spying missions at sporting events makes us indignant" Chawp Sueey was quoted as saying.
Chinese officials are calling for an apology from the United States and enough Goodyear tires to replace the Firestone's that experienced spontaneous combustion last year.

After Friday prayers an Imam announced to the people:
"I have good news and bad news. The good news is, we have enough money to pay for our new building program. The bad news is, it's still out there in your pockets."
- Joke shared by Beliefnet member BeliefnetSabee
#joke #friday
Joke | Source: Belief net - Joke of the day, features on religion, spirituality, faith

A candidate at a job interview

A candidate at a job interview was asked a tough question to which he mumbled an inaudible answer. The interviewer said "Come again?" The candidate got up, collected his file, went out of the room and came back again.
#joke #short
Joke | Source: A joke a day - Free Jokes of the Day Clean Funny Jokes via Email, Humor and Entertainment

Once upon a time there was a n

Once upon a time there was a non-conforming sparrow who decided not to fly south for the winter. However, soon the weather turned so cold that he reluctantly decided to fly south. In a short time ice began to form on his wings and he fell to Earth in a barnyard, nearly frozen solid. A cow passed by where he had fallen, and crapped on the little sparrow.The sparrow thought it was the end, but the manure warmed him and defrosted his wings!
Warm and happy, able to breath, he started to sing.
Just then a large cat came by, and hearing the chirping he investigated the sounds. The cat cleared away the manure, found the chirping bird, and promptly ate him.
The Moral of the Story:
Everyone who craps on you is not necessarily your enemy
Everyone who gets you out of crap is not necessarily your friend.
And if you're warm and happy in a pile of crap, you might just want to keep your mouth shut.

An Italian kid, on a six-month cruise in the Navy, decides to send pictures to his mom and girlfriend. He takes a picture of himself naked, then rips it in half, intending to send the top half to his mother and the bottom half to his girlfriend. But he mixes them up.

When his mother gets his letter, she looks at the picture and says, "Atsa my Luigi ... long nose, droopy cheeks, and don't-a never shave."

Where does a ship go when it's sick?

A blonde, a redhead, and a bru

A blonde, a redhead, and a brunette were all lost in the desert. They found a lamp and rubbed it. A genie popped out and granted them each one wish. The redhead wished to be back home. Poof! She was back home. The brunette wished to be at home with her family. Poof! She was back home with her family. The blonde said, "Awwww, I wish my friends were here."
#joke #blonde
Joke | Source: Laugh Factory Network - Watch our huge library of the best stand-up comedy videos, get information on our stand-up comedians, read our joke of the day

What do blondes say

Q: What do Blondes say after sex?

A2: Are you boys all in the same band?

A3: Do you guys all play for the Green Bay Packers?