An old couple were talking. The wife asked her husband, "How many women have you slept with?"

"Only you, Darling,” the man replied proudly. “With all the others I was awake."

“I shouted from a mou

“I shouted from a mountaintop in Italy and a famous author answered. I definitely heard an Eco.”

A miserly man realized he need

A miserly man realized he needed a hearing aid, but he was unwilling to spend much money. He went to the store and asked the salesman, "How much are they?"
"That depends on the model," he said. "They run from $2.00 to $2,000."
"Let's see the $2.00 model," said the cheapskate.
The salesperson put a device around his neck. "You just stick this button in your ear and run this little string down to your pocket," he instructed.
"How does it work?" the man asked.
"At $2.00! You expect it to work?! Don't be silly, it doesn't do anything," the salesperson replied. "But...when people see it on you, they'll talk louder!" Strange shoes | Source : Jokes of The Day - By Jokes of the day visitor

Q: What does it mean when the flag is at half mast at the post office?
A: They're hiring.

Q: How do crazy people go through the forest?
A: They take the psycho path.

Q: What do you get from a pampered cow?
A: Spoiled milk.

Q: What do you get when you cross a snowman with a vampire?
A: Frostbite.

Q: Why do gorillas have big nostrils?
A: Because they have big fingers.

Q: How does a lion like his steak?
A: Medium roar.

Q: What do frogs eat with their hamburgers?
A: French flies.

Q: What's the definition of mixed emotions?
A: When you see your mother-in-law backing off a cliff in your new car.

Q: How do you get a kleenex to dance?
A: Put a boogie in it!

Q: Did you hear about the man who lost his whole left side?
A: He's all-right now! 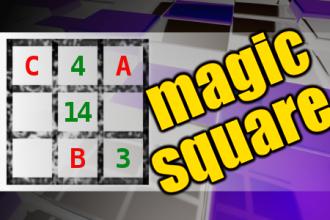 A pastor was opening his mail one morning and one envelope had only a single sheet of paper with a single word printed on it: “FOOL!”
The following Sunday the priest announced, “I have known many people who have written letters and forgotten to sign their name. But this week I received a letter from someone who signed his name and had forgotten to write a letter.”
#joke
Joke | Source: Belief net - Joke of the day, features on religion, spirituality, faith

Why is the US whistleblower st

Why is the US whistleblower stuck in Moscow? Because, he's Snowden.
#joke #short
Joke | Source: Pun Gents - Daily Jokes, One-liners, Groaners, Puns of the day :: Puns on Demand :: Punshine Girls and Boys!

Q: Why did the cowboy ride his

Q: Why did the cowboy ride his horse?
A: Because he was too heavy to carry

You can never tell which way t

You can never tell which way the train went by lookingat the track.
Logic is a systematic method of coming to the wrongconclusion with confidence.
Whenever a system becomes completely defined, some damnfool discovers something which either abolishes thesystem or expands it beyond recognition.
Technology is dominated by those who manage what theydo not understand.
If builders built buildings the way programmers wroteprograms, then the first woodpecker that came alongwould destroy civilization.
The opulence of the front office decor varies inverselywith the fundamental solvency of the firm.
The attention span of a computer is only as long as itelectrical cord.
An expert is one who knows more and more about less andless until he knows absolutely everything about nothing.
Tell a man there are 300 billion stars in the universeand he'll believe you. Tell him a bench has wet painton it and he'll have to touch to be sure.
All great discoveries are made by mistake.
Always draw your curves, then plot your reading.
Nothing ever gets built on schedule or within budget.
All's well that ends.
A meeting is an event at which the minutes are kept andthe hours are lost.
The first myth of management is that it exists.
A failure will not appear till a unit has passed finalinspection.
New systems generate new problems.
To err is human, but to really foul things up requires acomputer.
We don't know one millionth of one percent aboutanything.
Any given program, when running, is obsolete.
Any sufficiently advanced technology is indistinguishablefrom magic.
A computer makes as many mistakes in two seconds as 20men working 20 years make.
The faster a computer is, the faster it will reach acrashed state.
Nothing motivates a man more than to see his boss puttingin an honest day's work.
Some people manage by the book, even though they don'tknow who wrote the book or even what book.
The primary function of the design engineer is to makethings difficult for the fabricator and impossible forthe serviceman.
To spot the expert, pick the one who predicts the job willtake the longest and cost the most.
After all is said and done, a hell of a lot more is saidthan done.
Any circuit design must contain at least one part which isobsolete, two parts which are unobtainable and three partswhich are still under development.
A complex system that works is invariably found to haveevolved from a simple system that works.
If mathematically you end up with the incorrect answer, trymultiplying by the page number.
Computers are unreliable, but humans are even moreunreliable. Any system which depends on humanreliability is unreliable.
Give all orders verbally. Never write anything down thatmight go into a "Pearl Harbor File."
Under the most rigorously controlled conditions ofpressure, temperature, volume, humidity, and othervariables the organism will do as it damn well pleases.
If you can't understand it, it is intuitively obvious.
The more cordial the buyer's secretary, the greater the oddsthat the competition already has the order.
In designing any type of construction, no overall dimen-sion can be totaled correctly after 4:30 p.m. on Friday. Thecorrect total will become self-evident at 8:15 a.m. onMonday.
Fill what's empty. Empty what's full. And scratch where ititches.
All things are possible except skiing through a revolvingdoor.
The only perfect science is hind-sight.
Work smarder and not harder and be careful of yor speling.
If it's not in the computer, it doesn't exist.
If an experiment works, something has gone wrong.
When all else fails, read the instructions.
If there is a possibility of several things going wrongthe one that will cause the most damage will be the oneto go wrong.
Everything that goes up must come down.
Any instrument when dropped will roll into the leastaccessible corner.
Any simple theory will be worded in the most complicatedway.
Build a system that even a fool can use and only a foolwill want to use it.
The degree of technical competence is inverselyproportional to the level of management.
Any attempt to print Murphy's laws will jam the printer.

Every Saturday morning he has an early tee time. He gets up early and eager, golfs all day long, sometimes 36 holes.

Well, one Saturday morning he gets up early, dresses quietly, gets his clubs out of the closet and goes to his car to drive to the course.

Coming out of his garage rain is pouring down; torrential downpour.

There is snow mixed in with the rain, and the wind is blowing 50 mph.

He returns to the garage. He comes back into the house and turns the TV to the weather channel. He finds it's going to be bad weather all day long, so he puts his clubs back into the closet, quietly undresses and slips back into bed.

There he cuddles up to his wife's back, now with a different anticipation, and whispers, "The weather out there is terrible." To which she sleepily replies, "Can you believe my stupid husband is out golfing in that crap?"

Q: Why did the chewing gum cross the road?

A: He was stuck to the chicken's foot.

Yo momma is so fat that when s

Yo momma is so fat that when she went to the beach a whale swam up and sang, "We are family, even though you're fatter than me."
#joke #short
Joke | Source: Laugh Factory Network - Watch our huge library of the best stand-up comedy videos, get information on our stand-up comedians, read our joke of the day

The Liberal Northerner's son graduated from college and was offered a good job, but it was in the Deep South.

Dad, a liberal Democrat, was worried about his son going off to such a strange land and he warned him to avoid entanglements with southern women.

"They can't cook the kind of food we northerners eat, they won't keep the house clean, they don't like sex, and if you marry one, she'll call you a Damn Yankee the rest of your life. "

After a few months, the son telephoned Dad and told him he had just met a wonderful Southern girl, and thought he was in love with her.

Dad repeated his warnings about Southern women and their shortcomings.

After another couple of months, the son called Dad and told him he and his Southern girl were getting married. Dad just moaned and groaned and repeated his warnings.

Two more months go by and son telephones Dad......"Dad, you were wrong. My wife is a great cook, keeps the house neat as a pin, and she absolutely loves sex."

Dad responded, "Well, what about the fourth thing -- her calling you a Damn Yankee?"

"Oh, we reached an agreement on that. She won't call me a Damn Yankee, and I won't call her the N word.
#joke
Joke | Source: Florida Dude - Welcome To The Beach - new jokes every day

Whenever John wanted to have s...

Whenever John wanted to have sex he would say to Mary "Lets do some laundry, honey".

John replied "No thanks honey, I only had a small load so I did it by hand.
#joke #short
Joke | Old joke from joke of the day archives - Check out other old jokes Wednesday, 17 February 2010

David, a Jewish boy, and Ali, a Muslim boy, are having a conversation.
Ali: I'm getting operated on tomorrow.
David: Oh? What are they going to do?
Ali: Circumcise me!
David: I had that done when I was just a few days old.
Ali: Did it hurt?
David: I couldn't walk for a year!

A man placed some flowers on the grave of his dearly departed mother and started back toward his car when his attention was diverted to another man kneeling at a grave. The man seemed to be praying with profound intensity and kept repeating, "Why did you have to die? Why did you have to die?"
The first man approached him and said, "Sir, I don't wish to interfere with your private grief, but this demonstration of pain is more than I've ever seen before. For whom do you mourn so deeply? A child? A parent?"
The mourner took a moment to collect himself, then replied, "My wife's first husband."