What you watching that for?

The missus was watching a cooking program the other day.
I said, "What you watching that for? You can't cook."

A husband is at home watching...

A husband is at home watching a football game when his wife interrupts, "Honey, could you fix the light in the hallway? It's been flickering for weeks now."
He looks at her and says angrily, "Fix the light? Now? Does it look like I have a G.E. logo printed on my forehead? I don't think so."
"Well then, could you fix the fridge door? It won't close right." To which he replied, "Fix the fridge door? Does it look like I have Westinghouse written on my forehead? I don't think so."
"Fine," she says, "Then could you at least fix the steps to the front door? They're about to break."
"I'm not a damn carpenter and I don't want to fix the steps," he says. "Does it look like I have Ace Hardware written on my forehead? I don't think so. I've had enough of you. I'm going to the bar!"
So he goes to the bar and drinks for a couple hours. He starts to feel guilty about how he treated his wife, and decides to go home and help out. As he walks into the house, he notices the steps are already fixed. As he enters the house, he sees the hall light is working. As he goes to get a beer, he notices the fridge door is fixed. "Honey, how'd this all get fixed?"
She said, "Well, when you left, I sat outside and cried. Just then a nice young man asked me what was wrong, and I told him. He offered to do all the repairs, and all I had to do was either screw him or bake him a cake."
He said, "So, what kind of cake did you bake him?"
She replied, "Hellooooo... Do you see Betty Crocker written on my forehead?"

Funny video of the day - Weird Kid Telling the Time

Junior had just received his brand new drivers license. To celebrate, the whole family trooped out to the driveway and climbed into the car for his inaugural drive. Dad immediately headed to the back seat, directly behind the newly minted driver.

"I'll bet you're back there to get a change of scenery after all those months of sitting in the front passenger seat teaching me how to drive," said the beaming boy to his ol' man.

"Nope," came dad's reply, "I'm gonna sit here and kick the back of your seat as you drive, just like you've been doing to me for sixteen years."

The Guide For Women

Funny Photo of the day - The tower of pencils The tower of pencils | Source : Jokes of The Day - By Jokes of the day visitor

Calling It a Day

God: "Whew, I just created a 24-hour period of alternating light and darkness on earth."
Angel: "Oh yeah? What are you going to do now?"
God: "I think I'll call it a day."
#joke #short
Joke | Source: Belief net - Joke of the day, features on religion, spirituality, faith

Drunken hunchbacks are in a pe 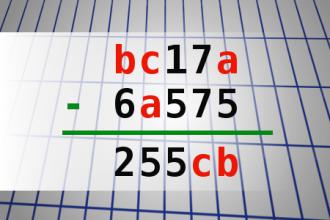 Officer to driver going the wr

Officer to driver going the wrong way up a one way street. "And where do you think you are going?"
Driver: - "I'm not sure, but I must be late as everyone else is coming back."

Sam has been in business for 25 years and is finally sick of the stress. He quits his job and buys 50 acres in Alaska as far from humanity as possible. He sees the postman once a week and gets groceries once a month. Otherwise it's total peace and quiet. After six months or so of almost total isolation, someone knocks on his door. He opens it and there's a big, bearded man standing there.
"Name's Lars ...Your neighbor from forty miles away....Having a birthday party Friday ... Thought you might like to come. About 5...
"Great," says Sam, "after six months out here I'm ready to meet some local folks. Thank you."
As Lars is leaving, he stops. "Gotta warn you...There's gonna be some drinkin'."
"Not a problem... after 25 years in business, I can drink with the best of em."
Again, as he starts to leave, Lars stops. "More'n'likely gonna be some fightin' too."
Sam says, "Well, I get along with people. I'll be there. Thanks again."
Once again Lars turns from the door. "I've seen some wild sex at these parties, too."
"Now that's really not a problem," says Sam. "I've been all alone for six months! I'll definitely be there. By the way, what should I bring?"
Lars stops in the door again and says, "Whatever you want, just gonna be the two of us".

A Doctor recently had a patient "drop" in on him for an unscheduled appointment.

"What can I do for you today?" the Doctor asked.

The aged Gentleman replied, "Doctor, you must help me. Every time I make love to my wife, my eyes get all bleary, my legs go weak, I can hardly catch my breath.... Doctor, I'm scarred!"

The Doctor, looking at his 86 year old patient, said, "Mr. Smith, these sensations tend to happen over time, especially to a man of your advanced years, but tell me, when did you first notice these symptoms?"

A: A nun falling down stairs.

Yo mama so poor her front door

Yo mama so poor her front door and back door are on the same hinges.
#joke #short #yomama
Joke | Source: Laugh Factory Network - Watch our huge library of the best stand-up comedy videos, get information on our stand-up comedians, read our joke of the day

“My shrink assures me

“My shrink assures me that my obsession with the formalization of puns is just a 'phrase I'm going through'.”

The frog inquired about her third wish, and she answered, "I'd like a mild heart attack."
#joke
Joke | Old joke from joke of the day archives - Check out other old jokes Tuesday, 22 February 2011

Some tourists in the Chicago Museum of Natural History are marveling at the dinosaur bones. One of them asks the guard,“Can you tell me how old the dinosaur bones are?”
The guard replies, “They are three million, four years, and six months old.”
“That's an awfully exact number,” says the tourist. “How do you know their age so precisely?”
The guard answers, “Well, the dinosaur bones were three million years old when I started working here, and that was four and a half years ago!”
#joke
Joke | Old joke from joke of the day archives - Check out other old jokes Wednesday, 22 February 2012

“And why is it necessary to be quiet in church?”

One bright little girl replied, “Because people are sleeping.”