In a Purdue University classroom, they were discussing the qualifications to be President of the United States .. It was pretty simple. The candidate must be a natural born citizen of at least 35 years of age.

However, one girl in the class immediately started in on how unfair was the requirement to be a natural born citizen. In short, her opinion was that this requirement prevented many capable individuals from becoming President. The class was taking it in and letting her rant, and not many jaws hit the floor when she wrapped up her argument by stating, "What makes a natural born citizen any more qualified to lead this country than one born by C-section?"

Yep, these are the same kinds of 18-year-olds that are now voting in our elections! They breed, and they walk among us...

“Despite pressure to clean up their act, most dirtbags live in a vacuum.”

Excited toddler goes nuts for popcorn machine - This will surely be the best 50 seconds of your day! Watch this adorable little girl explode in excitement as popcorn blows out of the hot air popper. - link to page video is posted initially.

"Why are you so excited?" the

"Why are you so excited?" the surgeon asked the patient that was about to be anesthetized.
"But doc, this is my first operation."
"Really? It's mine too, and I am not excited at all."

A little girl was watching her parents dress for a formal party. When she saw her dad donning his tuxedo, she warned, "Daddy, you shouldn't wear that suit."

"You know that it always gives you a headache next morning." Food loving criminals - Love food on them and in them | Source : Jokes of The Day - By Jokes of the day visitor


The following is supposedly a true story. To be included, besides being true, the story is most likely strange, weird, surprising, or funny.
Sunday, November 22, 1992
Researchers at Cornell University recently patented an artificial dog that would speed up the breeding of fleas for lab use.
Previously, the lab required 25 live, severely infected dogs to breed the 12,000 fleas per day needed in studies of humans' and animals' allergic reactions to fleas.

Upset to find himself in deep 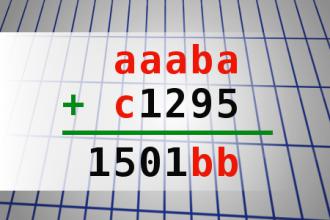 A man comes home from a night...

A man comes home from a night of drinking with the boys. As he falls through the doorway of his house, his wife snaps at him, “what’s the big idea coming home half drunk?” The man replies, “I’m sorry, honey. I ran out of money.”
#joke #short
Joke | Source: A joke a day - Free Jokes of the Day Clean Funny Jokes via Email, Humor and Entertainment

As a court clerk, I am well-ve

As a court clerk, I am well-versed in the jury-selection process. First a computer randomly selects a few hundred citizens from the entire county to report for jury duty on a particular day. Then another computer assigns 40 of those present to a courtroom. Then the 40 names are placed in a drum, and a dozen names are pulled.During jury selection for one trial, the judge asked potential Juror No. 12 if there was any reason he could not be a fair and impartial juror.
"There may be," he replied. "Juror No. 1 is my ex-wife, and if we were on the same jury, I guarantee we would not be able to agree on anything."
Both were excused.

In this age of safe sex the need for condoms are a must but some people still have a difficult time buying them.

Take my friend, Joe. Our local store carries condoms behind the counter and you need to ask the salesperson to get them.

So Joe went up to the salesperson but he was so nervous he could only ask where the straws were.

So he bought the straws and left only to have to come back to buy his condoms.

Again Joe came into the store and was still so nervous he could only ask where the tweezers were, so he bought them and left.

Joe once again had to go back and buy his condoms. So he went up to the salesperson and said, in a low tone, "I need some condoms."

The salesperson rang up the sale and said, "First you come in to buy straws, then to buy tweezers, and now to buy condoms..."

Yo momma's so fat, she got ba

Yo momma's so fat, she got baptized at Sea World.
#joke #short
Joke | Source: Laugh Factory Network - Watch our huge library of the best stand-up comedy videos, get information on our stand-up comedians, read our joke of the day

My wife is better

Jake and his buddy Fred visit a brothel. Jake goes into the room with the prostitute first while Fred waits outside.

When he's done, Jake closes the door behind him and says: "Don't waste your time. My wife's better."

But Fred goes in anyway. When he emerges 15 minutes later, he shakes his head in disappointment and says:

"Damn, Jake, you were right. Your wife is better."

"GOD LOVES YOU WHETHER YOU LIKE IT OR NOT!"
#joke #short
Joke | Old joke from joke of the day archives - Check out other old jokes Sunday, 16 November 2014

A Horse Walks Into a Bar...

A horse walks into a bar, and the bartender asks, "Why the long face?"

A linguistics professor was le...

A linguistics professor was lecturing to his class one day. "In English," he said, "a double negative forms a positive. In some languages, though, such as Russian, a double negative is still a negative. However, there is no language wherein a double positive can form a negative."
Then a voice from the back of the room piped up: "Yeah, right."

It was a stifling hot day and a man fainted in the middle of a busy intersection.

Traffic quickly piled up in all directions, so a woman rushed to help him.

When she knelt down to loosen his collar, a man emerged from the crowd, pushed her aside, and said, "It's all right honey, I've had a course in first aid."

The woman stood up and watched as he took the ill man's pulse and prepared to administer artificial respiration.

At this point she tapped him on the shoulder and said, "When you get to the part about calling a doctor, I'm already here."
#joke #doctor
Joke | Old joke from joke of the day archives - Check out other old jokes Saturday, 27 February 2010

What does the left leg of a blonde say to her right leg?
Nothing they have never met.
#joke #short #blonde
Joke | Old joke from joke of the day archives - Check out other old jokes Saturday, 27 February 2010