A highly timid little man, ventured into a biker bar in the Bronx and clearing his throat asked, "Um, err, which of you gentlemen owns the Doberman tied outside to the parking meter?"
A giant of a man, wearing biker leathers, his body hair growing out through the seams, turned slowly on his stool, looked down at the quivering little man and said, "It's my dog. Why?"
"Well," squeaked the little man, obviously very nervous, "I believe my dog just killed it, sir."
"What?" roared the big man in disbelief. "What in the hell kind of dog do you have?"
"Sir," answered the little man, "it's a little four week old female puppy."
"Bull!" roared the biker, "how could your puppy kill my Doberman?"
"It appears that your dog choked on her, sir."

The woman at the insurance off

The woman at the insurance office inquired as to the costs, amounts paid, etc.
"So," she concluded, "if I pay five dollars, you pay me a thousand if my house burns down. But do you ask questions about how the fire came to start?"
"We make careful investigation, of course," the agent replied.
The woman flounced toward the door disgustedly.
"Just as I thought," she called over her shoulder. "I knew there was a catch in it."

Funny video of the day - Top 5 Real or Fake Videos

“The couple separated, for the wife had a stalemate.”

Late one night at the insane asylum, one inmate shouted, "I am Napoleon!"
Another patient asked, "How do you know?"
The first inmate said, "Because God told me!"
Just then, a voice from another room shouted, "I did NOT!"
#joke #short
Joke | Source: Belief net - Joke of the day, features on religion, spirituality, faith

Funny Photo of the day - Properly dressed for the job If you want to have fun at chu

A police recruit was asked dur

A police recruit was asked during the exam, "What would you do if you
had to arrest your own mother?"
He said: "Call for backup." 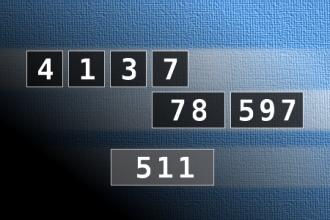 The four stages of life....

1. You believe in Santa Claus

2. You don't believe in Santa Claus

3. You are Santa Claus

Emily Sue passed away and Bubba called 911. The 911 operator

told Bubba that she would send someone out right away.

"Where do you live?" asked the operator.

Bubba replied, "At the end of Eucalyptus Drive."

The operator asked, "Can you spell that for me?"

There was a long pause and finally Bubba said, "How 'bout if

Yo mama so fat, she has her ow

Yo mama so fat, she has her own zip code.
#joke #short #yomama
Joke | Source: Laugh Factory Network - Watch our huge library of the best stand-up comedy videos, get information on our stand-up comedians, read our joke of the day

Because he said ...
My wife only has sex with me for a purpose. Last night she used me to time an egg.
It's tough to stay married. My wife kisses the dog on the lips, yet she won't drink from my glass!
Last night my wife met me at the front door. She was wearing a sexy negligee. The only trouble was, she was coming home.
A girl phoned me and said, 'Come on over. There's nobody home.' I went over. Nobody was home!
A hooker once told me she had a headache!
If it weren't for pickpockets, I'd have no sex life at all.
I was making love to this girl and she started crying I said, 'Are you going to hate yourself in the morning?' She said, 'No, I hate myself now.'
My wife is such a bad cook, if we leave dental floss in the kitchen the roaches hang themselves.
I'm so ugly I stuck my head out the window and got arrested for mooning.
The other day I came home early and a guy was jogging, naked. I asked him, 'Why?'He said, 'Because you came home early.'
My wife's such a bad cook, the dog begs for Alka-Seltzer.
I know I'm not sexy. When I put my underwear on I can hear the Fruit-of-the-Loom guys giggling.
My wife is such a bad cook, in my house we pray after the meal.
My wife likes to talk on the phone during sex; she called me from Chicago last night.
My family was so poor that if I hadn't been born a boy, I wouldn't have had anything to play with.