After I gave my childhood torm

After I gave my childhood tormentor a wedgie I was accused of acting unfashion a bully.
#joke #short
Joke | Source: Pun Gents - Daily Jokes, One-liners, Groaners, Puns of the day :: Puns on Demand :: Punshine Girls and Boys!

Due to inherit a fortune when

Due to inherit a fortune when his sickly, widower father died, Charles decided he needed a woman to enjoy it with. Going to a singles' bar, he spotted a woman whose beauty took his breath away.
"I'm just an ordinary man," he said, walking up to her, "but in just a week or two, my father will die and I'll inherit 20 million dollars."
The woman went home with Charles, and the next day she became his stepmother.

Baking Soda Bomb FAIL - Pro tip: the key to making a baking soda bomb is to actually throw it. Or even better – don’t do it. - link to page video is posted initially.

This morning, my IT guy checked on an install and I raised my empty coffee cup and said, 'Java Installed.'

Three buddies die in a car crash, and they go to heaven.

Funny Photo of the day - Who wouldn’t want at least one “can camera” in their collection? Who wouldn’t want at least one “can camera” in their collection? - These 35mm cameras were made with many different labels, to look like various brands of beer and soda. Manufactured in Hong Kong, c1998. | Source : Jokes of The Day - By Jokes of the day visitor

A guy walking down a street on...

A guy walking down a street one afternoon passes an old man sitting on the side of the road with a large sack.
The younger guy says to the old man, "Watcha got in the sack?"
The old man responds, "I got some monkeys in that there sack."
The younger man asks, "If I guess how many monkeys you got in the sack, can I keep one?"
The old man replies, "Son, if you guess how many monkeys I got in this sack, I'll give you both of 'em!"

An artist asked the gallery owner if there had been any interest in her paintings that were on display.

"Well, I have good news and bad news," the owner responded. "The good news is that a gentleman noticed your work and wondered if it would appreciate in value after your death. I told him it would and he bought all 10 of your paintings."

"The gentleman was your doctor." 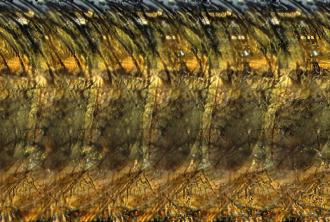 Cards Not In Hallmark


Cards You Will Never See In Hallmark

An Iraqui was walking on the beach when he was approached by a man. "Say Buddy," said the man, "How"d you like to take a cruise for $100?"

"Sure!" exclaimed the Iraqui. When he gave the man his money, the guy pulled out a black jack and hit him over the head. He pulled him down to the shore, put him in an inner tube and then shoved him off.

Several days had passed, and the two Iraquis eventually ran into one another. "Hey Buddy," the second asked the first, "do they serve drinks on this cruise?"

"They probably won't." said the first, "They didn't last year."

Q: What's the difference between the government and the Mafia?

A: One of them is organized.

DUDE, IT'S FRIDAY.. CHEER UP!
#joke #short #friday
Joke | Source: Jokes of The Day - By Jokes of the day visitor

On the night of their honeymoo

On the night of their honeymoon, a newlywed couple has an unfortunate accident, resulting in the amputation of the groom's left foot. Unable to control her grief, the bride calls her mother from the hospital. "Mother," she sobs, "my husband has only one foot." The mother, trying to console her daughter, says, "That's alright dear, your father has only six inches."
#joke
Joke | Source: Laugh Factory Network - Watch our huge library of the best stand-up comedy videos, get information on our stand-up comedians, read our joke of the day

A man moved to a mountain top to get rid of the hustle and be alone.

One day he heard a knock at the door and no one was there but then he looked down and there sat a snail and it said it is quite cold out here can I come in? the man shouted NO why dont you all understand I want to be alone! and he kicked the snail down the mountain.

One year later there was a knock at the door and no one was there and then he looked down and there again sat a snail and it said,

What did you do that for?

A guy and a girl meet at a bar. They get along so well that they decide to go to the girl's place.
A few drinks later, the guy takes off his shirt and then washes his hands.
He then takes of his trousers and washes his hands again.
The girl has been watching him and says, "You must be a dentist."
The guy, surprised, says "Yes! How did you figure that out?"
"Easy," she replied, "you keep washing your hands."
One thing led to another and they make love.
After they have done, the girl says, "You must be a good dentist."
The guy, now with a boosted ego says, "Sure, I'm a good dentist, How did you figure that out?"

#joke
Joke | Old joke from joke of the day archives - Check out other old jokes Thursday, 08 May 2014

#joke
Joke | Old joke from joke of the day archives - Check out other old jokes Tuesday, 08 May 2012