Say anything you want

Home, where you can say anything you want, because no one is listening to you anyway.
#joke #short
Joke

When things get Greece

After waiting for what seemed like an eternity, the stewardess announces over the intercom that "we're just waiting for the pilots."
The passengers look out the window and see two men, dressed as pilots walking towards the plane. Both men are using guide dogs and appear to be blind. There are murmurs among the passengers, and some believe it is a joke.
The men board the plane and go into the cockpit. More concerned murmurs and uneasy chuckles from the passengers. The plane taxis normally to the runway and begins it's takeoff. As passengers look out the window they realize they are nearing the end of the runway. The entire passenger cabin begins screaming but the plane lifts off just before the end of the runway. The passengers calm down and chuckle to themselves, at this point believing that they fell for a joke.
In the cockpit, the pilot turns to his copilot and says "you know, one day those people are gonna scream too late and we're all gonna die!"

The passengers were leaving th...

The passengers were leaving the plane after landing, and one smiling, satisfied passenger paused to congratulate the flight attendant.
"Stewardess," he said happily, "I want to compliment you and the crew and especially the captain for getting here right on time. It's not often that an airline gets to where it's going exactly when they claim it will. I'm going to call your home office and let them know how pleased I am."
"Why, thank you, sir," the flight attendant answered, "but I think you should know something ... this is yesterday's flight." McDonald's Art - Eat french fries like a boss | Source : Jokes of The Day - By Jokes of the day visitor

“Whoever had the brig

“Whoever had the bright idea to invent the flashlight?” 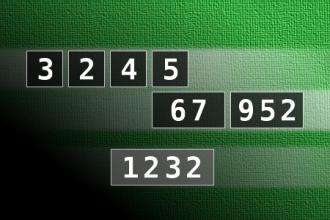 According to the FBI, most mod

According to the FBI, most modern-day bank robberies are "unsophisticatedand unprofessional crimes," committed by young male repeat offenders who apparently don't know the first thing about their business. This informationwas included in an interesting, amusing article titles "How Not to Rob a Bank,"by Tim Clark, which appeared in the 1987 edition of The Old Farmers Almanac.
Clark reported that in spite of the widespread use of surveillance cameras,76 percent of bank robbers use no disquise, 86 percent never study the bankbefore robbing it, and 95 percent make no long-range plans for concealing theloot. Thus, he offered this advice to would-be bank robbers, along with examples of what can happen if the rules aren't followed:
1. Pick the right bank. Clark advises that you don't follow the lead of thefellow in Anaheim, Cal., who tried to hold up a bank that was no longer in business and had no money. On the other hand, you don't want to be too familiar with the bank. A California robber ran into his mother while makinghis getaway. She turned him in.
2. Approach the right teller. Granted, Clark says, this is harder to plan.One teller in Springfield, Mass., followed the holdup man out of the bank anddown the street until she saw him go into a restaurant. She hailed a passingpolice car, and the police picked him up. Another teller was given a holdupnote by a robber, and her father, who was next in line, wrestled the man to theground and sat on him until authorities arrived.
3. Don't sign your demand note. Demand notes have been written on the back of a subpoena issued in the name of a bank robber in Pittsburgh, on an envelopebearing the name and address of another in Detriot, and in East Hartford, Conn., on the back of a withdrawal slip giving the robber's signature andaccount number.
4. Beware of dangerous vegetables. A man in White Plains, N.Y., tried tohold up a bank with a zucchini. The police captured him at his house, where heshowed them his "weapon."
5. Avoid being fussy. A robber in Panorama City, Cal., gave a teller a notesaying, "I have a gun. Give me all your twenties in this envelope." The teller said, "All I've got is two twenties." The robber took them and left.
6. Don't advertise. A holdup man thought that if he smeared mercury ointmenton his face, it would make him invisible to the cameras. Actually, it accentuated his features, giving authorities a much clearer picture. Bankrobbers in Minnesota and California tried to create a diversion by throwing stolen money out of the windows of their cars. They succeeded only in drawingattention to themselves.
7. Take right turns only. Avoid the sad fate of the thieves in Florida whotook a wrong turn and ended up on the Homestead Air Force Base. They drove upto a military police guardhouse and, thinking it was a toolbooth, offered thesecurity men money.
8. Provide your own transportation. It is not clever to borrow the teller'scar, which she carefully described to police. This resulted in the most quickly solved bank robbery in the history of Pittsfield, Mass.
9. Don't be too sensitive. In these days of exploding dye packs, stuffing the cash into your pants can lead to embarrassing stains, Clark points out,not to mention severe burns in sensitive places--as bandits in San Diego andBoston painfully discovered.
10. Consider another line of work. One nervous Newport, R.I., robber, while trying to stuff his ill-gotten gains into his shirt pocket, shot himself inthe head and died instantly. Then there was the case of the hopeful criminalin Swansea, Mass., who, when the teller told him she had no money, fainted.He was still unconscious when the police arrived.
In view of such ineptitude, it is not surprising that in 1978 and 1979, forexample, federal and state officers made arrests in 69 percent of the bankholdups reported.

Two girls were having coffee when one noticed that the other girl seemed troubled and asked her, "Is something bugging you? You look anxious."

"Well, my boyfriend just lost all his money and life savings in the stock market," she explained.

"Oh, that's too bad," the other girl sympathized. "I'm sure you're feeling sorry for him."

Mr Wong goes to an optometrist to have his failing eyesight checked out.

The optometrist runs a battery of tests and comes to a conclusion.

'Mr Wong, I'm afraid you have a cataract'

On his first visit to the zoo,

On his first visit to the zoo, a little boy stared at the caged stork for a long time and asked his dad, "Why doesn't the stork recognize me?"
#joke #short
Joke | Source: Laugh Factory Network - Watch our huge library of the best stand-up comedy videos, get information on our stand-up comedians, read our joke of the day

The Lord Will Save Me!

It rained for days and days and there was a terrific flood. The water rose so high that one man was forced to climb on top of his roof and sat in the rain. As the waters came up higher a man in a rowboat came up to the house and told him to get in. "No thank you, the Lord will save me!" he said, and the man in the rowboat rowed away.
The waters rose to the edge of the roof and still the man sat on the roof until another rowboat came by and another man told him to get in. "No thank you, the Lord will save me!" he said again, and the man rowed away.The waters covered the house and the man was forced to sit on his chimney as the rain poured down and a helicopter came by and another man urged him to get in or he'll drown. "No thank you," the man said again, "The Lord will save me!"
After much begging and pleading the man in the helicopter gave up and flew away. The waters rose above the chimney and the man drowned and went to heaven where he met God.
"Lord, I don't understand," he told Him, frustrated, "The waters rose higher and higher and I waited hours for you to save me but you didn't! Why?"
The Lord just shook his head and said, "What are you talking about? I sent two boats and a helicopter?!"
#joke
Joke | Source: Belief net - Joke of the day, features on religion, spirituality, faith

Q: What animal should you never play cards with?