Is everything expensive or am i just poor?
#joke #short
Joke

There was a guy on the beach with about 25 gorgeous chicks swarming all around him.
Seeing this, a second guy strolls on up to him and asks, "What's your secret?"
The guy whispers, "All you gotta do is stick a pickle in your pants."
In a fluorish, the second guy runs off and stuffs a pickle in his pants. But when he returns to the shore, he soon discovers that every single girl that looks his way, runs off screaming in bloody terror. Confused, he hurries over to the first guyand desperately asks, "Why are all the girls running away from me?"
The first guy looks up and replies, "The pickle's on the wrong side."

Funny video of the day - Jumping bungee like a boss


#joke #short #aprilfoolsday #prank
Joke | Source: Jokes of The Day - By Jokes of the day visitor

The man told his doctor that h...

The man told his doctor that he wasn't able to do all the things around the house that he used to do. The doctor started a long and thorough examination, but finally found nothing wrong with the man.
When the examination was complete, he said, "Now, Doc, I can take it. Tell me in plain English what is wrong with me."
"Well, in plain English," the doctor replied, "you're just lazy."
"Okay," said the man. "Now give me the medical term so I can tell my wife". Pet duck - Barrie Hayman's drinking buddy - Barrie, 67, likes to pop down to his local with his pet Star, the Indian runner duck he adopted two years ago when he found him orphaned just days old. | Source : Jokes of The Day - By Jokes of the day visitor

“I was accused of ste

“I was accused of stealing a house, but all charges were dropped as the claims were without foundation.”

I don't care WHO you are. You're not walking on the water while I'm fishing.
#joke #short
Joke | Source: Belief net - Joke of the day, features on religion, spirituality, faith 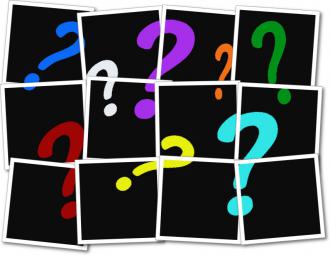 When young, I am sweet in the sun. When middle-aged, I make you gay. When old, I am valued more than ever. What am I?
CHECK ANSWER
Brain Teasers, puzzles, riddles, mathematical problems, mastermind, cinemania...

A Rabbit walks into the bar, g

A man went on a business trip

A man went on a business trip to China and wanted to buy some giftsfor his kids. He went to a shop and found a nice looking CD player.Wary of buying inferior goods, he asked the shopkeeper, 'What wouldhappened if this does not work?'
The shopkeeper quietly points to the only sign in English that reads,'GUARANTEE NO SPOILT'.
Feeling assured, he paid for the CD player and returns to his hotel.He tried to use the CD player after returning to the hotel but itwould not even switch on.
He quickly return to the shop and asked for a refund or an exchangefor another unit. When the shopkeeper refused to give either, the man points to the signassuring him of a guarantee.
The shopkeeper then said, 'Brother, you are in China. We read from theright to the left.'

A dietitian was once addressing a large audience in Chicago. "The material we put into our stomachs is enough to have killed most of us sitting here, years ago. Red meat is awful. Soft drinks erode your stomach lining. Chinese food is loaded with MSG, and none of us realizes the long-term harm caused by the germs in our drinking water."

"But there is one thing that is the most dangerous of all and we all have, or will, eat it. Can anyone here tell me what food it is that causes the most grief and suffering for years after eating it?"

A 75-year-old man in the front row stood up and said,

Mind Telling Me The Time?

BLONDE: "Excuse me, what time is it right now?"
WOMAN: "It's 11:25PM."
BLONDE: (confused look on face) "You know, it's the weirdest thing, I've asked that question thirty times today, and every time someone gives me a different answer."
#joke #short #blonde
Joke | Source: Joke of the Day - Jokes served hot and fresh daily.

Maw is outside the house hanging up the laundry, when she

hears Jethro in the kitchen. Maw walks in and says, "Jethro,

get out there and fix that there outhouse."

He walks out to the outhouse, looks at it, and says, "Maw,

there ain't nothin' wrong with this here outhouse!"

Maw says, "Yes there is son. Put your head down in the

He puts his head down in the hole and he says, "Maw, there

wrong with this here outhouse!"

Three nuns are talking. The fi

Three nuns are talking. The first nun says, "I was cleaning in Father's room the other day and do you know what I found? A bunch of pornographic magazines." "What did you do?" the other nun asks. "Well, of course I threw them in the trash." The second nun says, "Well, I can top that. I was in Father's room putting away the laundry and I found a bunch of condoms!" "Oh my!" gasp the other nuns. "What did you do?" they ask. "I poked holes in all of them!" she replies. The third nun faints.
#joke
Joke | Source: Laugh Factory Network - Watch our huge library of the best stand-up comedy videos, get information on our stand-up comedians, read our joke of the day

They like the part where the hooker gives the money back.

When Jane reached the checkout counter, she learned that one

of her items had no price tag. Imagine her embarrassment when

As if that was not bad enough, somebody at the rear of the

In a business-like tone, a voice boomed back over the

intercom, "Do you want the kind you push in with your thumb

or the kind you pound in with a hammer?"


Q: What looks like half a cat?
A: The other half!

Q: What was the name of the film about a killer lion that swam underwater?

Q: What do you get if you cross a tiger with a sheep?

A: A stripey sweater!

Q: How does a lion greet the other animals in the field?

Q: What do you get if you cross a tiger with a snowman?

Q: What did the lions say to his cubs when he taught them to hunt?

A: 'Don't go over the road till you see the zebra crossing.'
Q: What is lion's favorite food?

It was the middle of the night...

It was the middle of the night. Suddenly there was a loud rapping on the doctor’s door, followed by a groan. The doctor angrily thrust his head out of the window. “WELL?” he shouted.
“No,” moaned the man. “Sick.”

L.A. is a very confusing place, only place I know where you can have, simultaneously, a drought and a flood. Every time you watch the weatherman, he goes, Rained all day, didnt help the drought. Back to you, Tom. I got news for you, folks. If water doesnt solve your drought, youre screwed.
#joke #short
Joke | Old joke from joke of the day archives - Check out other old jokes Tuesday, 06 July 2010