Silence is the best

Silence is the best response to a fool!
#joke #short
Joke

It was mailman George's last day on the job after 35 years of delivering the mail through all kinds of weather. When he arrived at the first house on his route, the whole family came out, roundly congratulated him, and sent him on his way with a tidy gift envelope.
At the second house they presented him with a box of fine cigars. The folks at the third house handed him a selection of terrific fishing lures.
At the next house, he was met at the door by a strikingly beautiful woman in a revealing negligee. She took him by the hand, and led him up the stairs to the bedroom where she blew his mind with the most passionate love he had ever experienced.
When he'd had enough, they went downstairs, where she fixed him a giant breakfast: eggs, potatoes, ham, sausage, blueberry waffles and fresh-squeezed orange juice. When he was truly satisfied, she poured him a cup of steaming coffee. As she was pouring, he noticed a dollar bill sticking out from under the cup's bottom edge.
"All this is just too wonderful for words," he said, "but what's the dollar for?"
"Well," she said, "last night, I told my husband that today would be your last day, and that I wanted to do something special for you. I asked him what to give you. He said, 'Screw him. Give him a dollar.'"
"Breakfast was my idea."

Best Fails of the Week 3 July 2015 - link to page video is posted initially.

A man and his wife were having

A man and his wife were having some problems at home and were givingeach other the silent treatment. Suddenly, the man realized that the nextday, he would need his wife to wake him at 5:00 AM for an early morningbusiness flight.
Not wanting to be the first to break the silence (and LOSE), he wrote ona piece of paper, "Please wake me at 5:00 AM." He left it where he knew she would find it.The next morning, the man woke up, only to discover it was 9:00 AMand he had missed his flight. Furious, he was about to go andsee why his wife hadn't wakened him, when he noticed a piece of paper bythe bed. The paper said, "It is 5:00 AM. Wake up."

Two statues stood in a city park: one female and the other male. These statues faced each other for many years.
Early one morning, an angel appeared before the statues and said, "Since the two of you have been exemplary statues and have brought enjoyment to many people, I am giving you your greatest wish. I hereby give you the gift of life. You have 30 minutes to do whatever you desire."
And with that command, the statues came to life. The two statues smiled at each other, ran toward some nearby woods and dove behind a couple of bushes. The angel smiled to himself as he listened to the two statues giggling, bushes rustling, and twigs snapping.
After fifteen minutes, the two statues emerged from the bushes, satisfied and smiling.
Puzzled, the angel looked at his watch and asked the statues, "You still have fifteen minutes. Would you like to continue?"
The male statue looked at the female and asked, "Do you want to do it again?"
Smiling, the female statue said, "Sure. But this time YOU hold the pigeon down and I'll crap on its head!"

Funny Photo of the day - No Bungee Jumping No Bungee Jumping | Source : Jokes of The Day - By Jokes of the day visitor

A Texas rancher was driving th

A Texas rancher was driving through Mexico and stopped at the edge of the road to admire the scenery and a white beautiful horse caught his eye. The horse looked healthy well kept and was in a separate corral. Just for tries the Texan asked one of the workers if the horse was for sale. The worker trying to communicate said “No, no, he no look to good.” The Texan was not satisfied with the answered because he saw that the animal looked great and insisted on buying it, after a few arguments the worker arranged for the sale and the Texan took the horse back to his ranch. He rode the horse through his ranch and galloped to the barn when suddenly the horse ran right into the barn wall. Frustrated the Texan takes the horse back to Mexico and talks to the worker that sold him the horse and explains what happened. The worker said, “I told you he no look to good”
#joke
Joke | Source: A joke a day - Free Jokes of the Day Clean Funny Jokes via Email, Humor and Entertainment

A boy had reached four without giving up the habit of sucking his thumb, though his mother had tried everything from bribery to reasoning to painting it with lemon juice to discourage the habit.

Finally she tried threats, warning her son that, "If you don't stop sucking your thumb, your stomach is going to blow up like a balloon."

Later that day, walking in the park, mother and son saw a pregnant woman sitting on a bench. The four-year-old considered her gravely for a minute, then spoke to her saying, "Uh-oh ... I know what "you've" been doing." 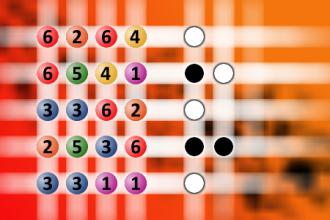 A man walks into a bar one night. He goes up to the bar and asks for a beer.

So the guy glances over at the menu, and he asks "Could I have a nice juicy T-bone steak, with the works?"

"Certainly, sir, "replies the bartender, but all that comes to real money."

"How much money?" inquires the guy.

"FOUR cents!" exclaims the guy... "Where's the Guy who owns this place?"

The bartender replies, "Upstairs with my wife."

The guy says, "What's he doing with your wife?"

The bartender replies... "Same as I'm doing to his business!"

Did you hear about the butcher

Did you hear about the butcher who backed up into the meat grinder? He got a little behind in his work.
#joke #short
Joke | Source: Laugh Factory Network - Watch our huge library of the best stand-up comedy videos, get information on our stand-up comedians, read our joke of the day

A minister has just died and is standing in line waiting to be judged and admitted to Heaven. While waiting he asks the man in front of him about himself. The man says, "I am a taxi driver from New York City."
The angel standing at the gate calls out next, and the taxi driver steps up. The angel hands him a golden staff and a cornucopia of fruits, cheeses, and wine and lets him pass. The taxi driver is quite pleased, and proceeds through the gates.
Next, the minister steps up to the angel who hands him a wooden staff and some bread and water.
The minister is very concerned and asks the angel, "That guy is a taxi driver and gets a golden staff and a cornucopia! I spend my entire life as a minister and get nothing! How can that be?"
The angel replies, "Up here we judge on results—all of your people sleep through your sermons—in his taxi, they pray."
#joke
Joke | Source: Belief net - Joke of the day, features on religion, spirituality, faith

Q: What two words contain the most letters?

When the man first noticed that his penis was growing longer, he was delighted.

But several weeks and several inches later, he became concerned and went to see a urologist.

While his wife waited outside, the physician examined him and explained that, thought rare his condition could be corrected by minor surgery.

The patient's wife anxiously rushed up to the doctor after the examination and was told of the diagnosis and the need for surgery.

"How long will he be on crutches?" she asked.

"Well, yes," the woman said "You are going to lengthen his legs, aren't you?"

I had my dog in one of those kennel carrier things, you know those boxes... They made me take the dog out of the carrier, so they could inspect it for explosives. Who bombs a f**king puppy? Really, who does that? Bin Laden would be like, Youre a dick, dude. I cant believe you -- thats too far.
#joke #short
Joke | Old joke from joke of the day archives - Check out other old jokes Tuesday, 19 July 2011

A dietitian was once addressing a large audience in Chicago:

"The material we put into our stomachs is enough to have killed most of us sitting here, years ago. Red meat is awful. Soft drinks erode your stomach lining. Chinese food is loaded with MSG. Vegetables can be disastrous, and none of us realizes the long-term harm caused by the germs in our drinking water.

"But there is one thing that is the most dangerous of all and we all have eaten or will eat it. Can anyone here tell me what food it is that causes the most grief and suffering for years after eating it?"

A 75-year-old man in the front row stood up and said, "Wedding cake."
#joke
Joke | Old joke from joke of the day archives - Check out other old jokes Tuesday, 19 July 2011

Knock Knock
Who's there?
Ivana!
Ivana who?
Ivana be rich!