A husband and wife came for counselling after 25 years of marriage. When asked what the problem was, the wife went into an angry tirade listing each and every problem they had ever had in the 25 years they had been married.
She went on and on: neglect, lack of intimacy, emptiness, loneliness, feeling unloved and unloveable, a long list of unmet needs she had endured over the course of their quarter century of marriage.
Finally, after allowing this to go on for a sufficient length of time, the therapist stood up, walked around his desk and, asking the wife to stand, embraced her and kissed her passionately on the mouth.
The woman shut up and, in a daze, quietly sat down;. The therapist turned to the husband and said, "This is what your wife needs at least seven times a week. Do you think you can do this?"
The husband thought for a moment and replied, "Well, Doc, I can drop her off here on Mondays and Wednesdays, but on the other days I play golf."

One Monday evening a tourist v

One Monday evening a tourist visits a brothel in Paris and, on leaving, is very surprised to be handed 5,000 Euros. The next evening he goes back and the same thing happens. He goes back on the third night, but doesn't get a single cent. Upset, he complains to the concierge.
The concierge says, "Why should we pay you? We don't film on Wednesdays."

The new minister stood at the church door greeting the members as they left the Sunday morning service. While most of the people told the minster how much they liked his message, one man seemingly had a different opinion.
“That was a very dull and boring sermon, Pastor,” he said. The pastor was a bit baffled by this, but he continued shaking hands.
A few minutes later, the same man again appeared in line and said, “I don’t think you did much in the way of preparation for your message.”
Once again, the man circled back and appeared in line, this time muttering, “You really blew it. You didn’t have a thing to say, Pastor.”
Finally, the minister could stand it no longer. He went to one of the deacons and inquired about the man.
“Oh, don’t let that guy bother you,” said the deacon. “He’s a little slow. All he does is go around repeating whatever he hears other people saying.”
From "The Book of Church Jokes," published by Barbour Publishing, Inc., Uhrichsville, Ohio. Copyright 2009. Used by permission of Barbour Publishing, Inc.
#joke
Joke | Source: Belief net - Joke of the day, features on religion, spirituality, faith

A sailor was caught AWOL as he

A sailor was caught AWOL as he tried to sneak on board his ship at about3 am. The chief petty officer spied him and ordered the sailor to stop.The officer ordered the sailor, "Take this broom and sweep every link onthis anchor chain by morning or it's the brig for you!"
The sailor picked up the broom and started to sweep the chain.
Just then, a tern landed on the broom handle. The sailor yelled at thebird to leave, but it didn't. The lad picked the tern off the broomhandle, giving the bird a toss.
The bird left, only to return and light once again on the broom handle.The sailor went through the same routine all over again, with the sameresult.
He couldn't get any cleaning done because he could only sweep at thechain once or twice before the silly bird came back.
When morning came, so did the chief petty officer, to check up on hiswayward sailor.
"What on earth have you been doing all night? This chain is no cleanerthan when you started! What have you to say for yourself, sailor?"barked the chief.
"Honest, chief," came the reply, "I tossed a tern all night and couldn'tsweep a link!"

A woman invited some people to dinner. At the table, she turned to her six-year-old daughter and said, "Would you like to say the blessing?" "I wouldn't know what to say," the girl replied. "Just say what you hear Mommy say," the woman answered. The daughter bowed her head and said, "Lord, why on earth did I invite all these people to dinner?"

Our last fight was my fault. M

Our last fight was my fault. My wife asked me,"What's on the TV?" I said, "Dust."
#joke #short
Joke | Source: Laugh Factory Network - Watch our huge library of the best stand-up comedy videos, get information on our stand-up comedians, read our joke of the day 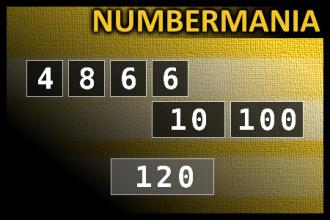 “When it was hot and

“When it was hot and sunny I saw a line of blokes outside a hairdressers. I thought what a lovely day to have a barber queue!”

A nursery school teacher was taking a station

wagon full of kids home one day when a fire truck

zoomed past. Sitting in the front seat of the

fire truck was a Dalmatian dog. The children

"They use him to keep crowds back," said one

A third child brought the argument to a close.

"They use the dogs," she said firmly, "to find

Aoccdrnig to a rscheearch at C...

Aoccdrnig to a rscheearch at Cmabrigde Uinervtisy, it deosn’t mttaer in waht oredr the ltteers in a wrod are, the olny iprmoetnt tihng is taht the frist and lsat ltteer be at the rghit pclae. The rset can be a total mses and you can sitll raed it wouthit porbelm. Tihs is bcuseae the huamn mnid deos not raed ervey lteter by istlef, but the wrod as a wlohe. Pettry amzanig huh?
#joke
Joke | Old joke from joke of the day archives - Check out other old jokes Wednesday, 15 June 2011

This guy goes out to Las Vegas, and wins really big in one of the casinos. After winning fifty thousand dollars at the crap table, the casino decides to give the guy a night in the penthouse suite. The guy goes up to the room, opens the big double doors, and steps into a three room suite. The room is nothing but windows, with a fantastic view of the city. The guy drops his bag on money in a chair and stands looking out the windows at the city. He realizes he is all alone and needs someone to share his good fortune with. He calls down to the front desk and tells the clerk to send up one of the best high-priced call girls in the city.

Thirty minutes later thereâs a knock on the door. The guy opens it and there is the most gorgeous girl he has ever seen. Long blond hair, short red dress, and spiked heels. She walks into the room. The guy goes over to the bar and fixes two drinks, he gives one to the hooker, and drinks one himself. "Now, down to business," he says, "how much for a hand job?"

"Come over here," She says walking toward one of the windows," see that strip mall over there," pointing out the window, "I own the last two stores on the end. I was able to buy those stores with the money I saved from giving hand jobs. I must be pretty damn good.

"All right, screw it, money is no object."

A half hour after sheâs done the guy is sitting on the couch reveling in ecstasy. He gets up, goes to the bar and makes two more drinks. He gives one to the hooker and drinks one himself. "That was the best hand job I have ever had. How much for a blow job?

"Come over here," She says walking toward another one of the window, see that hotel and casino over there on the corner," pointing out the window, "I own that, I was able to buy it with the money I saved from giving blow jobs. I must be pretty damn good.

"All right, screw it, money is no object." The guy gives her $5000.00. An hour after sheâs done the guy is laying on the couch Head rolled back, eyes rolled up inside his head, a little drool coming out of the corner of his mouth. He gets up, barely able to stand, staggers over to the bar, mixes two more drinks ,gives one to the hooker, and drinks one himself.

"My god that was the best blow job I have ever had, Iâve gotta know, How much for some pussy?"

The hooker looks at him and says, " Honey if I had a pussy, I would own this whole city."

I bought a plunger the other day. You ever bought a plunger? Its an embarrassing purchase. At first, you think its no big deal. Stand in the line, swinging it. And then you realize everybody knows; you got a situation at home. Nobody buys a plunger on a whim.
#joke #short
Joke | Old joke from joke of the day archives - Check out other old jokes Tuesday, 30 August 2011

In a tagteam match, Chuck Norr...

In a tagteam match, Chuck Norris was teamed with Hulk Hogan against King Kong Bundy and Andre The Giant. He pinned all 3 at the same time.
#joke #short #chucknorris
Joke | Old joke from joke of the day archives - Check out other old jokes Tuesday, 30 August 2011

The authorities in America conducted a survey to ascertain why they did not receive many emergency calls from blondes. After exhasted studies the answer is "They can find the nine but cannot find the eleven"
#joke #short #blonde
Joke | Old joke from joke of the day archives - Check out other old jokes Monday, 30 August 2010

“The land where movie...

“The land where movies are made is called reel estate.”