An 85-year-old widow went on a

An 85-year-old widow went on a blind date with a 90-year-old man. When she returned to her daughter's house later that night, she seemed upset.
"What happened, Mother?" the daughter asked.
"I had to slap his face three times!"
"You mean he got fresh?"
"No," she answered, "I thought he was dead."

“After the bank was robbed, the owner bought cows to beef up the security.”

Top 5 Reasons Not to Drive A Car - Driving a car can be a dangerous thing and 'Car Free Day' is coming up here in a couple days, so here are some reasons not to drive a car. - link to page video is posted initially.

A woman asking people questions for her company's survey walked up to a man and asked if he would be willing to participate. He said, “Sure”. She asked him to name something expensive that he wished he had never bought. The man answered, “My wedding ring.”
#joke #short
Joke | Source: A joke a day - Free Jokes of the Day Clean Funny Jokes via Email, Humor and Entertainment

Funny Photo of the day - Doing creative work on computer Doing creative work on computer - Little girl took it too literally | Source : Jokes of The Day - By Jokes of the day visitor

In a tiny village lived an old

In a tiny village lived an old maid. In spite of her old age, she wasstill a virgin. She was very proud of it. She knew her last days weregetting closer, so she told the local undertaker that she wanted thefollowing inscription on her tombstone:
"Born as a virgin, lived as a virgin, died as a virgin"
Not long after, the old maid died peacefully. The undertaker, true tohis word, instructed his men to inscribe on the tombstone what thelady had requested. The men went to carve it, but as they were lazyand it was close to quitting time, they decided the inscription wasunnecessarily long. So they simply carved:
"Returned unopened."

Different ways to say your not so bright...

A few clowns short of a circus.

A few fries short of a Happy Meal.

An experiment in Artificial Stupidity.

A few beers short of a six-pack.

Dumber than a box of hair.

A few peas short of a casserole.

Doesn't have all her cornflakes in one box.

The wheel's spinning, but the hamster's dead.

One Fruit Loop shy of a full bowl.

One taco short of a combination plate.

A few feathers short of a whole duck.

All foam, no beer.

The cheese slid off her cracker.

Body by Fisher, brains by Mattel.

Couldn't pour water out of a boot with instructions on the heel.

He fell out of the stupid tree and hit every branch on the way down.

An intellect rivaled only by garden tools.

As smart as bait.

Doesn't have all his dogs on one leash.

Doesn't know much but leads the league in nostril hair.

Elevator doesn't go all the way to the top floor.

Forgot to pay his brain bill.

Her sewing machine's out of thread.

His antenna doesn't pick up all the channels.

His belt doesn't go through all the loops.

If he had another brain, it would be lonely.

Missing a few buttons on his remote control.

No grain in the silo.

Proof that evolution CAN go in reverse.

Receiver is off the hook.

Too much yardage between the goal posts.

Not the sharpest knife in the drawer.

The lights are on, but nobody's home.

24 cents short of a quarter. 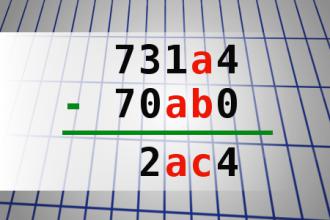 Michael Jackson, late for court again today, you know, because of his bad back.

Well, you'd have a bad back too if every conversation you had in your life involved having to bend over and ask, "What's your name?" --Jay Leno

Q: How did the blonde fisherma...

Q: How did the blonde fisherman die?
A: He was run over by the Zamboni.
#joke #short #blonde
Joke | Source: Laugh Factory Network - Watch our huge library of the best stand-up comedy videos, get information on our stand-up comedians, read our joke of the day

Two sperms were swimming along when one says to the other "Man I'm getting tired, how far is it to the uterus anyway?"

The other sperm laughs and says "Uterus!, we aren't even through the esophagus yet."

A young man at this constructi...

A young man at this construction site was bragging that he could outdo anyone based on his strength. He especially made fun of one of the older workman. After several minutes, the older worker had enough.
"Why don't you put your money where you mouth is?" he said. "I'll bet a week's wages that I can haul something in a wheelbarrow over to the other building that you won't be able to wheel back."
"You're on, old man," the young man replied. "Let's see what you've got."
The old man reached out and grabbed the wheelbarrow by the handles. Then nodding to the young man, he said with a smile, "All right. Get in."
#joke
Joke | Old joke from joke of the day archives - Check out other old jokes Saturday, 18 September 2010

A man longs to wed a maiden with her virtue intact. He searches for one but resigns himself to the fact that every female over the age of 10 in his town has been at it.

Finally he decides to take matters in hand and adopts a baby girl from the orphanage. He raises her until she is walking and talking and then sends her away to a monastery for safekeeping until marrying age. After many years she finally reaches maturity and he retrieves her from the monastery and marries her.

After the wedding they make their way back to his house and into the bedroom where they both prepare themselves for the consummation. They lie down together in his bed and he reaches over for a jar of petroleum jelly.

"Why the jelly," she asks him?

"So I do not hurt your most delicate parts during the act of lovemaking," he replies.

"Well why don't you just spit on your cock like the monks did?!"

I cant stand homeless people. I dont feel bad about saying it. I dont mind saying it because I give homeless people money. I give them more money than I should, so I feel, as a paying customer, I have a right to complain.
#joke #short
Joke | Old joke from joke of the day archives - Check out other old jokes Sunday, 18 September 2011