A rich lady from California, w

A rich lady from California, who was a tree hugger and a vociferous anti-hunter, purchased a piece of timber land in Oregon. There was a large tree on one of the highest points in the tract. She wanted to get a good view of her land so she started to climb the big tree.
As she neared the top, she encountered a spotted owl that attacked her. In her haste to escape, the lady slid down the tree to the ground and got many splinters in her private parts.
In considerable pain, she hurried to the nearest country doctor. Being a hunter himself, the doctor listened to her story with great patience and then told her to go into the examining room and he would see if he could help her.
She sat and waited for three hours before the doctor reappeared.
The angry lady demanded, "What took you so long?"
He smiled and then told her, "Well, I had to get permits from the Environmental Protection Agency, the Forest Service, and the Bureau of Land Management before I could remove old-growth timber from a recreational area and I'm sorry, but they all turned me down."

....I took the day off work and decided to go out golfing. I was on the second hole when I noticed a frog sitting next to the green. I thought nothing of it and was about to shoot when I heard, "Ribbit 9 Iron." I looked around and did not see anyone.

Again, I hear, "Ribbit 9 Iron." I looked at the frog and decided to prove the frog wrong, put my club away, and grabed a 9 iron. Boom! I hit it 10 inches from the cup! I was shocked and said to the frog, "Wow that's amazing. You must be a lucky frog, eh?" The frog replied, "Ribbit Lucky frog." I decided to take the frog with me to the next hole. "What do you think frog?," I asked "Ribbit 3 wood." I took out a 3 wood and, Boom! Hole in one! I was befuddled and did not know what to say!

Now, this is a million-to-one shot to win, but after the golf game, I figure what the heck...Boom! Tons of cash comes sliding back across the table. I took my winnings and got the best room in the hotel.

I sat the frog down and said, "Frog, I don't know how to repay you. You've won me all this money and I am forever grateful."

The frog replied, "Ribbit Kiss Me." I figure why not, since the frog had done so much for me, he deserves it. With a kiss, that frog turned into a gorgeous 18 year old woman.

"And that, your honor, is how the woman ended up in my room, so help me God or my name is not William Jefferson Clinton."

Funny video of the day - Kid Lifts Up Woman's Skirt !

During a Papal audience, a business man approached the Pope and made this offer: Change the last line of the Lord's prayer from "Give us this day our daily bread" to "Give us this day our daily chicken," and Kentucky Fried Chicken will donate $10,000,000 to Catholic charities. The Pope declined.
Two weeks later, the man approached the Pope again - this time with a $50,000,000 offer. Again, the Pope declined. A month later, the man upped the price to $100,000,000, and this time the Pope accepted.
At a meeting of the Cardinals, the Pope announced his decision in the good news/bad news format. "The good news is: We have $100,000,000 for charities. The bad news: We lost the Wonder Bread account."
#joke
Joke | Source: Belief net - Joke of the day, features on religion, spirituality, faith

Funny Photo of the day - Shut up, please! Shut up, please! | Source : Jokes of The Day - By Jokes of the day visitor

I rear-ended a car a few days

A collection of insults!

We hear you are a lady killer. They take one look at you and die of fright!!

We heard that when you ran away from home your folks sent you a note saying, "Do not come home and all will be forgiven".

You have a good family tree, but the crop is a failure.

Is your name Amazon? You`re so wide at the mouth.

You are a man who always sticks by his convictions. You will remain a fool no matter how much you get ridiculed for it!

A dope you are and dope will remain.

You add to, not diminish, pain!

We know that you would go to the end of the world for us. But would you stay there?

Your family tree is good, but you are the sap.

We all spring from apes, but you didn't spring far enough.

It cost me five thousand dollars to look up your family history. A thousand to look it up and four thousand to hush it up.

Lets play house. You be the door and I'll slam you. 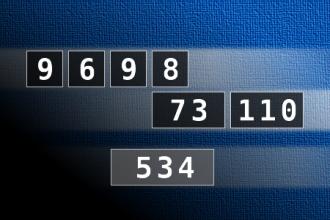 There were five people aboard...

The Requirements Of This Job


Employer: "In this job we need someone who is responsible."
Applicant: "I'm the one you want. On my last job, every time anything went wrong, they said I was responsible."

“CPR is a near-breath experience.”

What Will The Neighbors Think?

Jack was living in Arizona during a heat wave when the following took place.
"It's just too hot to wear clothes today," complained Jack as he stepped out of the shower. "Honey, what do you think the neighbors would think if I mowed the lawn like this?"
"Probably that I married you for your money."

You know what they said in California? I saw it on C-Span -- people we vote for -- this is what they said, I propose that we kick all of the illegal aliens out of this country. Then we build a super-fence so they cant get back in. And I went, Um, whos gonna build it?
#joke #short
Joke | Old joke from joke of the day archives - Check out other old jokes Tuesday, 06 December 2011