An eminent psychologist was ca

An eminent psychologist was called to testify in court. A severe no nonsense professional, she sat down in the witness chair unaware that it's rear legs were set precariously on the back of the raised platform.
"Will you state your name?" asked the district attorney.
Tilting back in her chair she opened her mouth to answer, but instead catapulted head-over-heels backward and landed in a stack of exhibits and recording equipment.
Everyone watched in stunned silence as she extricated herself, rearranged her disheveled dress and hair and was reseated on the witness stand. The glare she directed at onlookers dared anyone to so much as smirk.
"Well, doctor," continued the district attorney without changing expression, "we could start with an easier question."

Funny Photo of the day - Chopsticks for a new era Chopsticks for a new era | Source : Jokes of The Day - By Jokes of the day visitor

Overeating at a buffet is a... 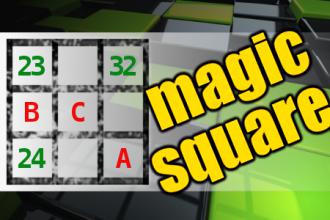 morning. He takes a bite of the sandwich and immediately

spits it out cursing. Straight away he phones his wife

asking, "What was in that sandwich you gave me?"

"Because it was disgusting." he answers. "What was in it?"

"Well I have never had anything that tasted that awful

before. Where did you get it from?"

"The Pharmacy." she answers

Bob was in trouble. He forgot...

Bob was in trouble. He forgot his wedding anniversary. His wife was really angry. She told him "Tomorrow morning, I expect to find a gift in the driveway that goes from 0 to 200 in 6 seconds AND IT BETTER BE THERE!" The next morning he got up early and left for work. When his wife woke up, she looked out the window and sure enough there was a box gift-wrapped in the middle of the driveway. Confused, the wife put on her robe and ran out to the driveway, brought the box back in the house. She opened it and found a brand new bathroom scale. Bob has been missing since Friday.
#joke #friday
Joke | Source: Laugh Factory Network - Watch our huge library of the best stand-up comedy videos, get information on our stand-up comedians, read our joke of the day

I just had a call from a Charity asking me to donate some of my clothes to the starving people throughout the world.
I told them to buzz off!!!!!
Anybody who fits into my clothes isn't starving!!

Two boll weevils grew up in South Carolina. One went to Hollywood and became a famous actor. The other stayed behind in the cotton fields and never amounted to much. The second one, naturally, became known as the lesser of two weevils.