People who don't know the opposite of in

Shout OUT to people who don't know the opposite of in!
#joke #short
Joke | Source: Reddit Jokes: Get Your Funny On! - The funniest sub on reddit. Hundreds of jokes posted each day, and some of them aren't even reposts!

“The conversation between the brain surgeon and the anaesthesiologist was mind numbing.”

Top 100 Viral Videos of the Year 2015 || Top 25 (Part 4) - This is it! The finale of the Top 100 Videos of the Year! We had incredible videos this year. From dudes climbing buildings to rats owning pizzas and everything in between, these are the Top 25 videos of 2015! Enjoy! - link to page video is posted initially.

A candidate for Congress from

A candidate for Congress from a certain Western state was never shy about telling the voters why they should send him to Washington.
"I am a practical farmer," he said, boastfully, at one meeting. "I can plow, reap, milk cows, shoe a horse--in fact, I should like you to tell me one thing about a farm which I can not do."
Then, in the impressive silence, a voice asked from the back of the hall: "Can you lay an egg?"

A teacher asked her students to use the word "fascinate" in a sentence. Mary said, "My family went to the New York City Zoo, and we saw all the animals. It was fascinating."

The teacher said, "That was good, but I wanted the word "fascinate."

Sally raised her hand. She said, "My family went to the Philadelphia Zoo and saw the animals. I was fascinated."

The teacher said, "Good, but I wanted the word 'fascinate.'"

Little Billy raised his hand. The teacher hesitated because Billy was noted for is bad language. She finally decided there was no way he could damage the word "fascinate" so she called on him.

Billy said, "My sister has a sweater with 10 buttons, but her boobs are so big she can only fasten 8."

Funny Photo of the day - No Christmas Tree? No worries! No Christmas Tree? No worries! - You can make one out of cardboard boxes! | Source : Jokes of The Day - By Jokes of the day visitor

Party In The Kingdom


In a kingdom far far away, and a long long time ago, a party was being given. To this party the king had invited everyone in the kingdom to his castle. And everyone was having a grand time. The wine was flowing, the tables were overflowing with food, and the dancing was beautiful.
Suddenly, out of thin air a gnarled old man appeared out of thin air. His hands clutched in tight fists by his body, smoke streaming from his shoulders, he walked up to the king and said, "How dare you have a party and not invite your own court wizard! For this insult I curse this castle with the dreaded Curse of the Fingers. Anyone who attempts to leave here will be rendered limb from limb by huge disembodied fingers!"
The wizard waved his bony arms about and shouted in a guttural foreign language. "There!", he said and vanished.
All at once, the people of the kingdom looked to their king. What would he do? How could he save them. The king pursed his lips and looked about him. Finally, he turned to his knights and asked for a volunteer to ride to the next kingdom and plead with their wizard to remove the curse. Of course all of the knights wished to go. The king selected the knight with the greatest seniority and sent him on his way.
The knight gathered up all his weapons, put on his best suit of armour and headed out. As soon as his foot stepped off of the drawbridge, gigantic yellow fingers appeared from nowhere and ripped him limb from limb.
One after another, each knight attempted to ride out of the castle, each one in turn was ripped to shreds. Finally, no knights were left.
The king looked about him. "Is there anyone else who would brave this curse and rescue us from this horrible curse?", he said.
"I will, sir!", said a small boy who had been serving one of the knights before he died.
The small boy packed up his belongings and provisions for the journey. Since he was a poor serving boy, and had no horse, he knew he would have to walk. But he was determined to succeed. As soon as he crossed the drawbridge, the yellow fingers appeared and tried to rip him apart. They couldn't! Each time the tried to grab him, the boy wriggled free and continued on his journey!
Several days later, the boy was back at the castle with the neighbouring kingdom's wizard. The king was overjoyed to have the curse lifted and he called the boy to him.
"How did you escape from those monstrous fingers? All my knights couldn't get past them and they were killed. How could you do it?"
The boy looked up at the king and replied, "Your majesty, it occurred to me as the last knight was being killed that the only way to escape this curse was to LET YOUR PAIGES DO THE WALKING THROUGH THE YELLOW FINGERS."

An investment counsellor went out on her own. She was shrewd and diligent, so business kept coming in, and pretty soon she realised she needed an in-house counsel, so she began interviewing young lawyers.

"As I'm sure you can understand," she started off with one of the first applicants, "in a business like this, our personal integrity must be beyond question." She leaned forward. "Mr. Peterson, are you an 'honest' lawyer?"

"Honest?" replied the job prospect. "Let me tell you something about honesty. Why, I'm so honest that my father lent me fifteen thousand dollars for my education and I paid back every penny the minute I tried my very first case." 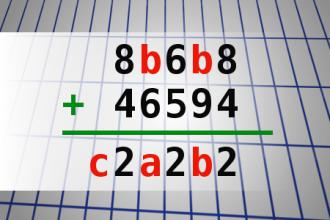 Q: What's the difference between a snowman and a snowoman?
A: Snowballs!
#joke #short
Joke | Source: Laugh Factory Network - Watch our huge library of the best stand-up comedy videos, get information on our stand-up comedians, read our joke of the day

1. If it is all the same to you I won't be coming in to work. The voices told me to clean all the guns today.
2. When I got up this morning I took two Ex-Lax in addition to my Prozac. I can't get off the john, but I feel good about it.
3. I set half the clocks in my house ahead an hour and the other half back an hour Saturday and spent 18 hours in some kind of space-time continuum loop, reliving Sunday (right up until the explosion). I was able to exit the loop only by reversing the polarity of the power source exactly e*log(pi) clocks in the house while simultaneously rapping my dog on the snout with a rolled up Times. Accordingly, I will be in late, or early.
4. My stigmata's acting up.
5. I can't come in to work today because I'll be stalking my previous boss, who fired me for not showing up for work. OK?
6. I have a rare case of 48-hour projectile leprosy, but I know we have that deadline to meet...
7. I am stuck in the blood pressure machine down at the Food Giant.
8. Yes, I seem to have contracted some attention-deficit disorder and, hey, how about them Dodgers, huh? So, I won't be able to, yes, could I help you? No, no, I'll be sticking with Sprint, but thank you for calling.
9. Constipation has made me a walking time bomb.
10. I just found out that I was switched at birth. Legally, I shouldn't come to work knowing my employee records may now contain false information.
11. The psychiatrist said it was an excellent session. He even gave me this jaw restraint so I won't bite things when I am startled.
12. The dog ate my car keys. We're going to hitchhike to the vet.
13. I prefer to remain an enigma.
14. My step-mother has come back as one of the Undead and we must track her to her coffin to drive a stake through her heart and give her eternal peace. One day should do it.
15. I can't come to work today because the EPA has determined that my house is completely surrounded by wetlands and I have to arrange for helicopter transportation.
16. I am converting my calendar from Julian to Gregorian.
17. I am extremely sensitive to a rise in the interest rates.
18. I refuse to travel to my jobuntil there is a commuter tax. I insist on paying my fair share.

You know how to you make God laugh?
Tell him your plans.
#joke #short
Joke | Old joke from joke of the day archives - Check out other old jokes Saturday, 04 April 2015

A college student picked up hi...

A college student picked up his date at her parents home. He'd scraped together every cent he had to take her to a fancy restaurant. To his dismay, she ordered almost everything expensive on the menu. Appetizers, lobster, champagne. . .the works. Finally he asked her,
"Does your Mother feed you like this at home?"
"No," she said, "but my Mother's not looking to get laid, either."
#joke
Joke | Old joke from joke of the day archives - Check out other old jokes Tuesday, 22 December 2009

A little girl is sitting on he...

A little girl is sitting on her grandpa's lap and studying the wrinkles on his old face. She gets up the nerve to rub her fingers over the wrinkles. Then she touches her own face and looks more puzzled. Finally the little girl asks, "Grandpa, did God make you?"
"He sure did honey, a long time ago," replies her grandpa.
"Well, did God make me?" asks the little girl.
"Yes, He did, and that wasn't too long ago," answers her grandpa.
"Boy," says the little girl, "He's sure doing a lot better job these days isn't He?"
#joke
Joke | Old joke from joke of the day archives - Check out other old jokes Tuesday, 22 December 2009

Chuck Norris can divide by zer...