I had to leave Des Moines, bec

I had to leave Des Moines, because Iowa lot of money. They threatened to Sioux. I couldn't stand to Cedar Rapid decline.
#joke #short
Joke | Source: Pun Gents - Daily Jokes, One-liners, Groaners, Puns of the day :: Puns on Demand :: Punshine Girls and Boys!

“The use of drones to

“The use of drones to deliver magazines will certainly raise some issues.”

GoPro: Best of 2015 - The Year in Review - Take an epic journey that looks back on some of the best moments captured on GoPro in 2015, from high up in the sky to deep below the sea and everything in-between. - link to page video is posted initially.

A man walks into an insurance

A man walks into an insurance office and asks for a job.
"We don't need any one," they replied.
"You can't afford not to hire me. I can sell anyone...anytime...anything."
"We have two prospects that no one has been able to sell. If you can sell just one, you have a job."
He was gone for about two hours and returned and handed them two checks, one for a $80,000 policy and another for a $50,000 policy.
"How in the world did you do that?" they asked.
"I told you I'm the world's best salesman, I can sell anyone...anywhere...anytime."
"Did you get a urine sample?" they asked him.
"Why's that?" he asked.
"Well, if you sell a policy over $40,000 the company requires a urine sample. Take these two bottles and go back and get urine samples."
He was gone for about eight hours and then he walks in with two five gallon buckets, one in each hand. He sets the buckets down and reaches in his shirt pocket and produces two bottles of urine and sets them on the desk and says, "Here's Mr. Cunningham's and this one is Mr. Stroman's."
"That's good," they said, "but what's in those two buckets?"
"Well, I passed by the school house and they were having a state teachers convention and I sold them a group policy!"

This guy runs home and bursts in yelling, "Pack your bags honey, I just won the lottery!"

She says, "Oh wonderful! Should I pack for the beach or the mountains?" Moderate drinking - No more than one cup a day | Source : Jokes of The Day - By Jokes of the day visitor


The following is supposedly a true story. To be included, besides being true, the story is most likely strange, weird, surprising, or funny.
Wednesday, October 21, 1992
A Japanese rancher told reporters in Tokyo in July that he herds cattle by outfitting them with pocket pagers (beepers), which he calls from his portable phone.
After a week of training, the cows associate the beeping with eating and hustle up for grub.

A man took his old duck to the

A man took his old duck to the Doctor, concerned because the duck wouldn't eat.
The Doctor explained to the man that as ducks age their upper bills grow down over their lower bills and make it difficult for the animal to pick up it's food.
"What you need to do is gently file the upper bill down even with the lower bill. But you must be extra careful because the duck's nostrils are located in the upper bill and if you file down too far, when the duck takes a drink of water it'll drown."
The man goes about his business and about a week later the Doctor runs into his patient.
"Well, how is that duck of yours?" the Doctor inquires.
"He's dead." declared the heartbroken man.
"I told you not to file his upper bill down too far! He took a drink of water and drowned didn't he?" insisted the Doctor.
"No." lamented the man. "I think he was dead before I took him out of the vise." 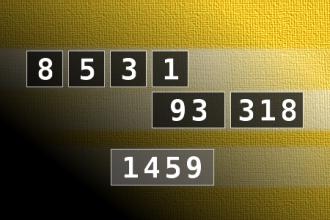 How do you get a Lawyer out of a Tree?

Q. How do you get a lawyer out of a tree?

I get a terrible pain...

Patient: "I get a terrible pain in my eye when I drink a cup of coffee."
Doctor: "Try taking the spoon out."
#joke #short #doctor
Joke | Source: Laugh Factory Network - Watch our huge library of the best stand-up comedy videos, get information on our stand-up comedians, read our joke of the day

The minister was passing a group of young teens sitting on the church lawn and stopped to ask what they were doing.
"Nothing much, Pastor," replied one boy. "We were just seeing who can tell the biggest lie about their sex life." "Boys, boys, boys!" he scolded. "I'm shocked. When I was your age, I never even thought about sex."
In unison they all replied, "You win!"
#joke
Joke | Old joke from joke of the day archives - Check out other old jokes Sunday, 10 May 2015

Chuck Norris originally appeared in the "Street Fighter II" video game, but was removed by Beta Testers because every button caused him to do a roundhouse kick. When asked about this "glitch," Chuck replied, "That's no glitch."
#joke #short #chucknorris
Joke | Old joke from joke of the day archives - Check out other old jokes Thursday, 29 December 2011

Shut Up and Trouble were walki...