“A sewer is a tailor.

A guy gets set up on a blind date and he takes her out for dinner to a very expensive restaurant to make a good impression. The waiter approaches the table and asks to take their order.
The lady begins ordering practically everything on the menu, shrimp cocktail, pate, Caesar Salad, lobster, crepes Suzette, with no regard to the price. The guy is getting very upset, as he never thought she would order so much.
She then stops, and looks across at him, and asks, "What do you suggest I wash it down with?"
"Well my dear, how about the Mississippi river?"

An old man of ninety was sitting on a park bench crying. A policeman noticed this and asked him why he was crying.

The policeman looks at the old man and says, "You shouldn't be crying! You should be the happiest man in the world!"

So the old man says, "I know! I'm crying because I don't remember where I live!"

Funny Photo of the day - Selfie with a perfect hairstyle guy Selfie with a perfect hairstyle guy - The majestic unicorn. I thought they were extinct. | Source : Jokes of The Day - By Jokes of the day visitor

A farting, spinning ungulate i

An old man was sitting on a bus. A young man sat down beside him. He had spiked hair in all different colors: green,red,orange,blue,and yellow. The old man Just stared.
Every time the young man looked,the old man was staring. The young man finally said sarcastically, "What's the matter old timer, never done anything wild in your life?"
Without batting an eye, the old man replied, "Got drunk once and had sex with a parrot. I was just wondering if you were my son. 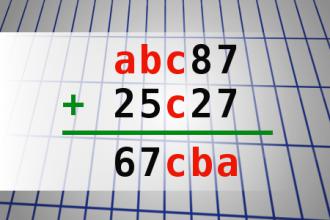 The landlord of a pub, is just locking up, when there's a ring on the doorbell.

He opens the door, and there's a snail sitting there. "What do you want?" asks the landlord.

The snail replies that he wants a drink.

"Go away, we're closed, and we don't serve snails anyway".

The snail pleads and pleads with the barman to give it a drink, at which the landlord gets fed up, kicks the snail and slams the door.

..... Exactly one year later, he's locking up again, and there's a ring at the doorbell. The landlord opens the door, and looks down to see a snail sitting there. "What do you want" says the landlord.

"What did you do that for" says the snail.

I get a terrible pain...

Patient: "I get a terrible pain in my eye when I drink a cup of coffee."
Doctor: "Try taking the spoon out."
#joke #short #doctor
Joke | Source: Laugh Factory Network - Watch our huge library of the best stand-up comedy videos, get information on our stand-up comedians, read our joke of the day

Who is the best Zen teacher?
M.T. Ness
#joke #short
Joke | Old joke from joke of the day archives - Check out other old jokes Sunday, 28 June 2015