A Polish girl went to the gyne

A Polish girl went to the gynecologist. She disrobed and got up into the stirrups.
The doctor was so shocked at the neglectful state of her vagina he asked, "When was the last time you had a check-up?"
"Well, to be honest with you," she blushed, "I've never had a Czech up there, but I have had several Hungarians."

Zeke and Zeb decided to build a Bungee Jumping tower in Cabo San Lucas, Mexico to see if it would make them some money. After they got it set up, they noticed that the crowds gathered around but nobody was buying tickets.

Zeke said to Zeb, "Maybe you should demonstrate it to them so they get the idea." After Zeb was strapped on he jumped and fell almost to the ground before springing back.

As he came back up Zeke noticed that his cloths were torn and wondered what that was all about.

Zeb went down again and this time when he came back up Zeke noticed that he was bleeding. Zeke thought, "Wow, what's going on here."

Zeb went down a third time and this time when he came back up Zeke noticed that he had blood, contusions and cuts all over his body.

Zeke pulled Zeb in and said, "Zeb, what happened?"

Best Fails of the Month January 2016 - Control Your Board!! - link to page video is posted initially.


A cat and a mouse died on the same day and went up to Heaven. At the top they met God and he asked them 'How do you like it so far?'
The mouse replied 'It's great, but can I get a pair of roller skates?' God said 'Sure', and he gave him a pair of roller skates.
The next day God saw the cat and asked him 'How do you like it up here so far?' and the cat replied 'Great, I didn't know you had meals on wheels up here!'

Two Irish nuns have just arrived in USA by boat and one says to theother, "I hear that the people in this country actually eat dogs."
"Odd," her companion replies, "but if we shall live in America, we mightas well do as the Americans do."
Nodding emphatically, the mother superior points to a hot dog vendor andthey both walk towards the cart.
"Two dogs, please," says one.
The vendor is only too pleased to oblige and he wraps both hot dogs infoil and hands them over the counter. Excited, the nuns hurry over to abench and begin to unwrap their "dogs."
The mother superior is first to open hers.She begins to blush and then,staring at it for a moment, leans over to the other nun and whispers...cautiously: "What part did you get? Prehistoric Swiss Knife | Source : Jokes of The Day - By Jokes of the day visitor

If You Were my Husba

A woman at a party walked up to a man and told him, ''If you were my husband I would poison your drink."

The man replied, ''If you were my wife I would drink it.''

Q: Whats the difference between a politician and a snail?
A: One is slimy, a pest, and leaves a trail everywhere and the other is a snail.
#joke #short
Joke | Source: Laugh Factory Network - Watch our huge library of the best stand-up comedy videos, get information on our stand-up comedians, read our joke of the day 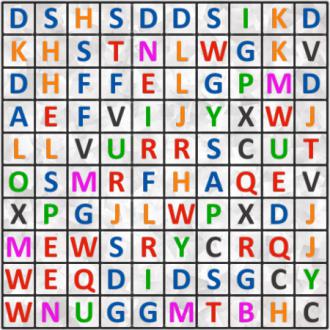 “When the gastroenterologist retired, he threw in the bowel.”

My grandmother is older than the word supper.
#joke #short
Joke | Old joke from joke of the day archives - Check out other old jokes Monday, 30 January 2012

A blonde, a brunette, and a redhead all work at the same office for a female boss who always goes home early.

So the next day, they all leave right after the boss does. The brunette gets some extra gardening done, the redhead goes to a bar, and the blonde goes home to find her husband having sex with the female boss! She quietly sneaks out of the house and returns at her normal time.

"That was fun," says the brunette.

"We should do it again sometime."

"I almost got caught."