“What do you call key

“What do you call keys born on the same day? Twinkies!”

I recently had a visitor from...

I recently had a visitor from the state of Texas. For three days all I heard from him was "In Texas we have the best this, the largest that, the fastest that," etc. It eventually became very annoying.
Being from Niagra Falls, I thought I could outdo him by showing him the "Mighty Niagara", knowing there was nothing in Texas that could compare to this "Wonder of Water and Power".
While standing at the brink watching millions of gallons of water rushing over, I noticed the look of awe in his eyes. It was then I asked him: "Do you have anything like this in Texas?"
He waited a moment before he answered: "No, but we have a plumber that could fix it."

Best Videos of the Month January 2016 - With the crazy storms on the East coast, this month's best viral videos include many snow challenges, hilarious dogs, and a crazy washing machine! Stay warm! - link to page video is posted initially.

Three men die in a car accident Christmas Eve. They all find themselves at the pearly gates waiting to enter heaven. On entering they are told that they must present something "Christmassy." in order to get in.

The first man searches his pocket, and finds some pine needles from the family's Christmas tree. He is let in.

The second man presents a bow and some ribbon, from presents that were opened earlier in that night. So he is also allowed in.

The third man pulls out a pair of panties. Confused at this last gesture, St. Peter asks, "How do these represent Christmas?"

#joke #christmas
Joke | Source: Jokes - Used to be - Pacific products joke of the day, but site no longer works.


Police Chief: As a recruit, you'll be faced with some difficult issues. What would you do if you had to arrest your mother?
New Recruit: Call for backup!

Funny Photo of the day - Using your head! Using your head! - Boat containers are no threat when you use your head! | Source : Jokes of The Day - By Jokes of the day visitor

E-mail Me a Prayer

I had been teaching my three-year-old daughter, Caitlin, the Lord’s Prayer. For several evenings at bedtime, she would repeat after me the lines from the prayer.
Finally, she decided to go solo. I listened with pride as she carefully enunciated each word, right up to the end of the prayer:
“Lead us not into temptation,” she prayed, “but deliver us some e-email. Amen.”

A couple arrived at town hall

A couple arrived at town hall seconds before closing time, and caught ajudge just as he was about to leave, and asked him to marry them. Heasked if they had a license and, when they didn't, sent them off to getone.
They caught the town clerk just as he was locking up, and got thelicense from him. When they got back to the judge, he pointed out theyhad filled the names in backwards -- his where hers belonged and viceversa. They rushed back to the clerk's office, caught him again, and gotanother license.
This time, the judge noticed that the clerk had filled in the date inthe wrong format. Again they catch the clerk... After five reissuedlicenses, the judge is finally satisfied.
Judge: "I hope you appreciate why I made you keep going back. If thereare irregularities in the license, your marriage would not be legal, andany children you might have would be technical bastards."
Groom: "That's funny - that's just what the clerk called you." 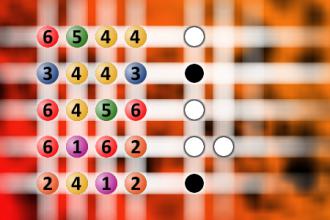 What do peroxide blo

What do peroxide blonds and black men have in common?

A: They both have black roots.

Who pushed the forward button on my weekend

Alright… Who pushed the forward button on my weekend?
#joke #short
Joke | Source: Minion Quotes - Despicable Me Minions is a website dedicated to minions. Have a good time reading minion quotes, funny quotes or entertain yourself playing minion games.

Q: What's the difference between a guitar and a fish?
A: You can tune a guitar, but you can't tuna fish.
#joke #short
Joke | Source: Laugh Factory Network - Watch our huge library of the best stand-up comedy videos, get information on our stand-up comedians, read our joke of the day

Q: Why should blondes not be given coffee breaks?

takes too long to retrain them.

''I wouldn't worry too much about it,'' the doctor replies. 'Lots of people have harmless delusions. It will pass.''

Why did the dude only smell go...

Why did the dude only smell good on the right side? He didn't know where to buy Left Guard!
#joke #short
Joke | Old joke from joke of the day archives - Check out other old jokes Monday, 02 February 2009