When they discover the center of the universe

When they discover the center of the universe...
#joke #short
Joke | Source: Minion Quotes - Despicable Me Minions is a website dedicated to minions. Have a good time reading minion quotes, funny quotes or entertain yourself playing minion games.

Symptom: Beer unusually pale and tasteless.
Fault: Glass Empty
Action: Get someone to buy you another beer.

Symptom: Opposite wall covered with fluorescent lights.
Fault: You have fallen over backwards.
Action: Have yourself leashed to the bar.

Symptom: Beer tasteless and the front end of your shirt is wet.
Fault: Mouth not open or glass applied to the wrong face.
Action: Retire to the restroom and practice in the mirror.

Symptom: Floor blurred.
Fault: You are looking through an empty glass.
Action: Get someone to buy you another beer.

Symptom: Floor moving.
Fault: You are being carried out.
Action: Find out if you are being taken to another bar.

Symptom: Everyone looks up to you and smiles.
Fault: Your dancing on the table.
Action: Fall on someone cushy-looking.

Symptom: Beer is crystal clear.
Fault: Someone is trying to sober you up.
Action: Punch him.

Symptom: Hands hurt, nose hurts, mind unusually clear.
Fault: You have been in a fight.
Action: Apologize to everyone you see, just in case it was them.

Symptom: Don't recognize anyone, don't recognize the room you're in.
Fault: You've wandered into the wrong party.
Action: See if they have free beer.

Symptom: Your singing sounds distorted.
Fault: The beer is too weak.
Action: Have more beer until your voice improves.

Did you hear about the teacher

Did you hear about the teacher who was helping one of her kindergarten students put on his boots?
He asked for help and she could see why. Even with her pulling and him pushing, the little boots still didn't want to go on. Finally, when the second boot was on, she had worked up a sweat.
She almost cried when the little boy said, "Teacher, they're on the wrong feet." She looked and sure enough, they were.
It wasn't any easier pulling the boots off than it was putting them on. She managed to keep her cool as together they worked to get the boots back on - this time on the right feet.
He then announced, "These aren't my boots."
She bit her tongue rather than get right in his face and scream, "Why didn't you say so?" like she wanted to. And, once again she struggled to help him pull the ill-fitting boots off his little feet.
No sooner they got the boots off and he said, "They're my brother's boots. My Mom made me wear them."
Now she didn't know if she should laugh or cry. But, she mustered up the grace and courage she had left to wrestle the boots on his feet again.
Helping him into his coat, she asked, "Now, where are your mittens?"
He said, "I stuffed them in the toes of my boots...."
Her trial starts next month.

“Bring about is what

“Bring about is what a boxing promoter does.” Having the most out of the flood - Having flood in your house is not always bad thing | Source : Jokes of The Day - By Jokes of the day visitor

That's a bit expensive just for a dare isn't it?
I saw a dress just like that one in Woolworths yesterday.
Hey, get out of here you filthy pervert! Oh, I'm sorry, I thought youwere a man...
I had a dress like that. My boyfriend made me throw it away because hesaid it made me look like Edna Everage.
Pardon me, but I think that will clash terribly with your pimples...
Excuse me, but would you stop staring at me? Yes, YOU
Look, if you're that desperate to attract a man I'll fix you up myself
Excuse me for asking, but you seem to know something I don't. Is the'plain, severe and drab' look in this season?
Size 12? That's a bit optimistic isn't it?
Hi, I'm from Weightwatchers
I wouldn't buy that dress if I were you. All it does is accentuateyour roots
Excuse me, but since you're obviously colourblind would you like anyhelp?
Isn't it funny how some clothes just accentuate the tummy like that?
God, you're fat. Don't you care about yourself?
I'm sorry, I owe you an apology. I'm the store detective and Ifollowed you in here because I thought you'd stuffed six dresses, fourskirts and a raincoat up your jumper but I can see now that it's reallyall you... 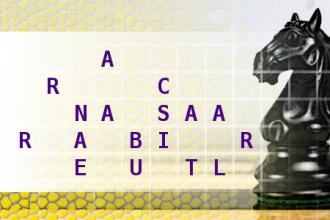 Find the country and its capital city, using the move of a chess knight. First letter is A. Length of words in solution: 9,8.
CHECK ANSWER
Brain Teasers, puzzles, riddles, mathematical problems, mastermind, cinemania...

Time To Do The Laundry


The Top 10 Signs That Its Time To Do The Laundry

An extremely ugly man was sitting in a bar having a drink with his friend, who is his polar opposite. In fact, he may be the most handsome man in town.

The two of them are discussing a beautiful blonde girl sitting at the bar.

The handsome man said, "Boy, I sure would like to get some of that."

The handsome man said, "There's no way, she won't go with anybody, I've tried many times."

The ugly man said, "I think I could go out with her if I wanted to."

Handsome says, "You're on!"

Ugly says, "OK, just leave the money with the bartender and I'll pick it up later."

He walks up to the girl, starts talking and then turned around and walked out of the bar, with the girl right behind him.

The handsome man couldn't believe it. He went up to the bar and asked the bartender, "What happened? What did he say to her?"

The bartender told him, "Well, he didn't say much. He just said it's a nice night for a walk. And then he licked his eyebrows and left."

Wife: "In my dream, I saw you in a jewelry store and you bought me a diamond ring."
Husband: "I had the same dream and I saw your dad paying the bill."
#joke #short
Joke | Source: Laugh Factory Network - Watch our huge library of the best stand-up comedy videos, get information on our stand-up comedians, read our joke of the day

the street. However, the boy is very small and the doorbell

is too high for him to reach.

After watching the boys efforts for some time, the priest

moves closer to the boy's position. He steps smartly across

the street, walks up behind the little fellow and, placing

his hand kindly on the child's shoulder leans over and gives

the doorbell a sold ring. Crouching down to the child's

level, the priest smiles benevolently and asks, "And now

what, my little man?"

To which the boy replies, "Now we run!"