A newspaper writer, after work

A newspaper writer, after working for 7 long years, was finally granted two months of leave, during which time he would be fully paid.
However, he turned down his boss' kind offer. The boss asked him why. The newspaper writer said there are 2 reasons.
"The first," he said "is that I thought by taking such a long leave it might affect the newspaper's circulation."
The boss asked him what is the other reason.
"The other reason," replied the writer, "is that it might NOT affect the newspaper's circulation."

“The wine cask maker had nothing to do. He was bordeaux.”


I planted some bird seed. A bird came up. Now I don't know what to feed it.
I made a chocolate cake with white chocolate. Then I took it to a potluck. I stood in line for some cake. They said, "Do you want white cake or chocolate cake?" I said, "Yes".
I saw a vegetarian wearing a furry coat. So I looked closer. It was made of grass.
My aunt gave me a walkie-talkie for my birthday. She says if I'm good, she'll give me the other one next year.
I eat Swiss cheese from the inside out. But I only nibble on it. I make the holes bigger.
I had amnesia once or twice.
I bought a million lottery tickets. I won a dollar.
I rented a lottery ticket. I won a million dollars. But I had to give it back.
I got a chain letter by FAX. It's very simple. You just FAX a dollar bill to everybody on the list. Hands free sun umbrella - Makes you wonder | Source : Jokes of The Day - By Jokes of the day visitor

Be silly. Be fun. Be different. Be crazy. Be you

Be silly. Be fun. Be different. Be crazy. Be you, because life is too short to be anything but happy.
#joke #short
Joke 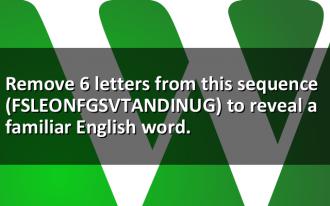 This preacher was looking for

This preacher was looking for a good used lawnmower one day. He found oneat a yard sale that Little Johnny happened to be manning."This mower work, son?" the preacher asked.
Little Johnny said, "Sure does -- just pull on the cord hard, though."
The preacher took the mower home and when he got ready to mow he yanked and pulled and tugged on that cord. Nothing worked. It wouldn't start.Thinking he'd been swindled, he took the mower back to Little Johnny'shouse. "You said this would work if I pulled on the cord hard enough."
"Well," Johnny said, "you need to curse at it sometimes."
The preacher was aghast. "I've not done that in years!"
"Just keep yanking on that cord, Preacher. It'll come back to you."

Chuck Norris once leaned against a tower in Pisa, Italy.
#joke #short #chucknorris
Joke | Old joke from joke of the day archives - Check out other old jokes Wednesday, 10 August 2011

Helium was up, feathers were down.
Paper was stationary.
Fluorescent tubing was dimmed in light trading.
Knives were up sharply.
Cows steered into a bull market.
Pencils lost a few points.
Hiking equipment was trailing.
Elevators rose, while escalators continued their slow decline.
Weights were up in heavy trading.
Light switches were off.
Mining equipment hit rock bottom.
Diapers remained unchanged.
Shipping lines stayed at an even keel.
The market for raisins dried up.
Coca Cola fizzled.
Caterpillar stock inched up a bit.
Sun peaked at midday.
Balloon prices were inflated.
Scott Tissue touched a new bottom.
And batteries exploded in an attempt to recharge the market
#joke
Joke | Old joke from joke of the day archives - Check out other old jokes Sunday, 10 August 2008