A guy goes to see the doctor...

A guy goes to see the doctor, because he's a little too well-endowed. In fact, it's 25 inches long and he can't get any women to have sex with him.
Anyway, the doctor says there's nothing he can do medically, but recommends a witch doctor that he thinks might be able to help.
The witch doctor takes a look at the problem and tells him to go to a particular pond, deep in the forest, and talk to a frog that lives there. "Ask the frog to marry you and each time the frog says no, you'll be 5 inches shorter."
Worth a try, he thinks, and off he dashes into the forest. He finds the pond and sees the frog on the other side, sitting on a log. "Frog, will you marry me?"
The frog looks at him, disinterested at best, and calls back, "No."
The guy looks down and sure enough, he's 5 inches shorter. Hey, this is great he thinks -- let's try that again. "Will you marry me?"
The frog rolls his eyes, and shouts back again, "No!"
Zappo! -- the guy's down to 15 inches. Well, that's still a bit excessive, he thinks. Down another 5 would be perfect. So he calls across again, "Frog, will you marry me?"
The irritated frog yells back, "Look..how many times do I have to tell you? No, No, NO!"

Dear Abby Admitted She Was At

Dear Abby Admitted She Was At A Loss To Answer The Following!
Dear Abby, A couple of women moved in across the hall from me. One is a middle-aged gym teacher and the other is a social worker in her mid twenties. These two women go everywhere together and I've never seen a man go into or leave their apartment. Do you think they could be Lebanese?
Dear Abby, What can I do about all the S*x, Nudity, Fowl Language and Violence on my VCR?
Dear Abby, I have a man I can't trust. He cheats so much, I'm not even sure the baby I'm carrying is his.
Dear Abby, I am a twenty-three year old liberated woman who has been on the pill for two years. It's getting expensive and I think my boyfriend should share half the cost, but I don't know him well enough to discuss money with him.
Dear Abby, I've suspected that my husband has been fooling around, and when confronted with the evidence, he denied everything and said it would never happen again.
Dear Abby, Our son writes that he is taking Judo. Why would a boy who was raised in a good Christian home turn against his own?
Dear Abby, I joined the Navy to see the world. I've seen it. Now how do I get out?
Dear Abby, My forty year old son has been paying a psychiatrist $50.00 an hour every week for two and a half years. He must be crazy.
Dear Abby, I was married to Bill for three months and I didn't know he drank until one night he came home sober.
Dear Abby, My mother is mean and short tempered. I think she is going through mental pause.
Dear Abby, You told some woman whose husband had lost all interest in s*x to send him to a doctor. Well, my husband lost all interest in s*x and he is a doctor. Now what do I do?
Remember these people can vote, which probably explains the current situation in Washington, DC.

The guy with the Chihuahua says, "We can't go in there. We've got dogs with us."

A guy at the door says, "Sorry, mac, no pets allowed."

The guy with the Doberman Pinscher says, "You don't understand. This is my seeing-eye dog."

The guy at the door says, "A Doberman Pinscher?"

He says, "Yes, they're using them now, they're very good."

The guy with the Chihuahua figures, "What the heck," so he puts on a pair of dark glasses and starts to walk in. The guy at the door says, "Sorry, pal, no pets allowed."

The guy with the Chihuahua says, "You don't understand. This is my seeing-eye dog."

The guy at the door says, "A Chihuahua?"

The guy with the Chihuahua says, "You mean they gave me a Chihuahua?"


I can't come to the phone now, so... Hey -- that's a nice phone you have there. Hey sugar, you call this number often? I bet you have answering machines bothering you all the time... Yes indeedy. Why don't you give me a call sometime and we can listen to some old recordings... I might even play my beep for you.

The inventor of pantyhose...

“The inventor of pantyhose really left us quite a legacy.” 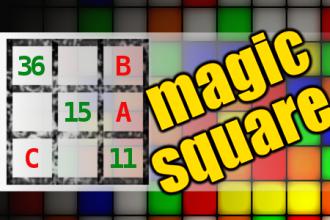 A mother mouse and a baby mous...

A mother mouse and a baby mouse were walking along, when all of a sudden, a cat attacked them. The mother mouse goes, "BARK!" and the cat runs away.
"See?" says the mother mouse to her baby. "Now do you see why it's important to learn a foreign language?"
#joke #short
Joke | Old joke from joke of the day archives - Check out other old jokes Monday, 20 August 2012

Two parents take their son on a vacation and go to a nude beach. The father goes for a walk on the beach and the son goes and plays in the water.

The son comes running up to his mom and says..."Mommy, I saw ladies with boobies a lot bigger than yours!" The mom says..."the bigger they are, the dumber they are."

So he goes back to play. Several minutes later he comes running back and says..."Mommy, I saw men with dingers a lot bigger than daddy's!" The mom says..."the bigger they are, the dumber they are."

So he goes back to play. Several minutes later he comes running back and says..."Mommy, I just saw daddy talking to the dumbest lady I ever saw and the more and more he talked, the dumber and dumber he got!"