There was once this man in heaven, he asked God what a million dollars meant to him. God replied, "A penny."

Then, the man asked what a million years meant to God. God replied, "A second."

Finally the man asked, "Can I have one of your pennies?"

And god replied, "Just a second."

“The rise of the orth

“The rise of the orthopedic doctor depends on the fall of the patients!”

It's that time of year to tak

It's that time of year to take our annual seniorcitizen test. Exercising the brain is as importantas exercising muscles. As we grow older, it'simportant to keep mentally alert. If you don't useit, you lose it! Below is a very private way to gaugeyour loss or non-loss of intelligence.
Take the test presented here to determine if you'relosing it or not. The spaces below are so you don'tsee the answers until you've made your answer. OK, relax, clear your mind and begin.
1. What do you put in a toaster?
Answer: "bread." If you said "toast," give upnow and do something else. Try not to hurt yourself.If you said, bread, go to Question 2.
2. Say "silk" five times. Now spell "silk"
What do cows drink?
Answer: Cows drink water. If you said "milk," don't attempt the next question. Your brain is over-stressed and may even overheat. Content yourself with reading a more appropriate literature such as AutoWorld. However, if you said "water", proceed to question 3.
3. If a red house is made from red bricks and a blue house is made from blue bricks and a pink house is made from pink bricks and a black house is made from black bricks , what is a green house made from?
Answer: Greenhouses are made from glass. If you said "green bricks," why the heck are you still reading these??? If you said "glass," go on to Question 4.
4. It's twenty years ago, and a plane is flying at 20,000 feet over Germany (If you will recall, Germany at the time was politically divided into West Germany and East Germany .) Anyway, during theflight, two engines fail. The pilot, realizing that the last remaining engine is also failing, decides on a crash landing procedure. Unfortunately the engine fails before he can do so and the plane fatally crashes smack in the middle of "no man's land" betweenEast Germany and West Germany . Where would you bury the survivors? East Germany , West Germany , or no man's land"?
Answer: You don't bury survivors.
If you said ANYTHING else, you're a dunce and you must stop. If you said, "You don't bury survivors", proceed to the next question.
5. Without using a calculator - You are driving a bus from London to Milford Haven in Wales . In London , 17 people get on the bus. In Reading , six people get off the bus and nine people get on. In Swindon, two people get off and four get on. In Cardiff, 11 people get off and 16 people get on . In Swansea , three people get off and five people get on. In Carmathen,six people get off and three get on. You then arrive at Milford Haven. What was the name of the bus driver?
Answer: Oh, for crying out loud!
Don't you remember your own name? It was YOU!!Now pass this along to all your friends andpray they do better than you.
PS: 95% of people fail most of the questions!!

A brief synopsis... When you're at a loss for words but want to tell someone that he or she is stupid, remember some these quips from our collection here at Aha! Jokes.
Running U.S. appliances on British current.
Runs squares around the competition.
Rusty springs in the mousetrap.
S p a c e d o u t .
Sailboat fuel for brains.
Sat under the ozone hole too long.
Sending back packets, but the checksums are wrong.
Serving donuts on another planet.
Settled some during shipping and handling.
Seven seconds behind, and built to stay that way.
Several nuts over fruitcake minimum.
Several nuts short of a full pouch.
Sharp, like stone in river. Swift, like tree through forest.
She only packed half a sandwich.
She only schedules zombie processes.

Animated GIF - Dogs Can't Quite Jump Onto the Couch

She actually asked me for four grapes once. She counted grapes. What kind of mental patient counts grapes? Do you know anyone who does that? Thats the weirdest thing. I was like, Four grapes... To me grapes arent even a food. Theyre like a palate cleanser. Thats what I eat to get the Big Mac taste out of my mouth.
#joke
Joke | Old joke from joke of the day archives - Check out other old jokes Friday, 03 September 2010 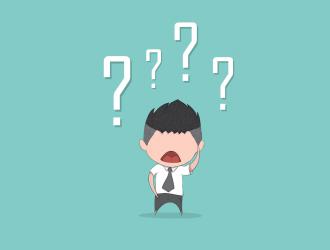 When liquid splashes me, non...

When liquid splashes me, none seeps through. When I am moved a lot, liquid I spew. When I am hit, color I change. And color, I come in quite a range. What I cover is very complex, and I am very easy to flex. What am I?
CHECK ANSWER
Brain Teasers, puzzles, riddles, mathematical problems, mastermind, cinemania...

Signs You Have a Han

1. You'd rather have a pencil driven through your retina than be exposed to sunlight.

2. Trying to gain control of the situation, you continue to tell your room to "stay still."

3. Looking at yourself in the mirror induces the same reaction as chugging a glass of fresh paint. 4. You're convinced that chirping birds are Satan's pets.

5. You set aside an entire morning to spend some quality time with your toilet.

6. You replaced the traditional praying on your knees with the more feasible praying in a fetal position.

7. The bathroom reminds you of a carnival barker shouting, "Step right up and give it whirl!" 8. All day long your motto is, "Never again."

9. You could purchase a new bike just by recycling the bottles around your bed.

Irving Benson and Jessie Carter were married on October 24 in the church. So ends a friendship that began in their school days.
The Honeymooners are now having bile studies each Tuesday evening at 7:30 p.m.
The rosebud on the altar this morning is to announce the birth of David Alan Belzer, the sin of Rev. and Mrs. Julius Belzer.
Please join us as we show our support for Amy and Alan who are preparing for the girth of their first child.
Thursday at 5:00 pm, there will be a meeting of the Little Mothers Club. All ladies wishing to be "Little Mothers" will meet with the Pastor in his private study.
(For the group of ladies called Moms Who Care and pray for the children in school). When their meeting was cancelled one week: "There will be no Moms who care this week."
- Joke shared on Beliefnet's Religious Humor page