We've all heard about people...

We've all heard about people having guts or balls. But do you really know the difference between them? In an effort to keep you informed, the definition of each is listed below:
"Guts" is arriving home late after a night out with the guys, being assaulted by your wife with a broom, and having the guts to say, "Are you still cleaning or are you flying somewhere?"
"Balls," is coming home late after a night out with the guys, smelling of perfume and beer, lipstick on your collar, slapping your wife square on the arse and having the balls to say, "You're next, fatty!"

Las Vegas is so dry. They shou

Las Vegas is so dry. They should call it the No'wada desert.
#joke #short
Joke | Source: Pun Gents - Daily Jokes, One-liners, Groaners, Puns of the day :: Puns on Demand :: Punshine Girls and Boys!

Funny video of the day - A Trick Only Twins Can Do

A Trick Only Twins Can Do - link to page video is posted initially.

Three doctors are waiting in line to get into the Pearly Gates. St. Peter walks out and asks the first one, "What have you done to enter Heaven?"

"I am a pediatrician and have brought thousands of the Lord's babies into the world."

"Good enough to enter the gates," replied St. Peter and in he goes. The same question is asked of the second doctor.

"I am a general practioner and go to Third World countries three times a year to cure the poor." St. Peter is impressed and allows him through the gates. The third doctor steps up in line and knowing the question, blurts out, "I am a director of an HMO."

St. Peter meditates on this for a while and then says, "Fine, you can enter Heaven...but only for 2 days."

Funny Photo of the day - Walk with a turtle Walk with a turtle | Source : Jokes of The Day - By Jokes of the day visitor

“This small hoodie fits pretty great, it's just hard to pull off.”

Animated GIF - How we'll be spending the rest of the weekend

A little old lady goes into the store to do some shopping. She is bewildered over the large selection of toilet paper.
"Pardon me, sir," she says to the store manager, "but can you explain the differences in all these toilet papers?"
"Well," he replies pointing out one brand, "this is as soft as a baby's kiss. It's $1.50 per roll."
He grabs another and says, "This is nice and soft as a bunny, strong but gentle, and it's $1.00 a roll."
Pointing to the bottom shelf he tells her, "We call that our No Name brand, and it's 20 cents per roll."
"Give me the No Name," she says.
She comes back about a week later, seeks out the manager and says, "Hey! I've got a name for your No Name toilet paper. I call it John Wayne."
"Why?" he asks.
"Because it's rough, it's tough and it don't take crap off anybody!" 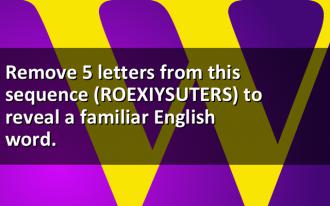 Three women: one engaged, one

Three women: one engaged, one married and one a mistress, are chatting about their relationships and decided they needed to spice up their love lives. All three agreed to wear black leather bras, stiletto heels and a mask over their eyes that evening with their respective lovers.After a few days they meet up for lunch and compared notes.
The engaged woman: "The other night when my boyfriend came over he found me with a black leather bodice, tall stilettos and a mask. He saw me and said, 'You are the woman of my life. I love you.' Then we made love all night long."
The mistress: "Me too! The other night I met my lover at his office and I was wearing the leather bodice, heels, mask over my eyes and a raincoat. When I opened the raincoat he didn't say a word, but we had wild sex all night."
The married woman: "I sent the kids to stay at my mother's house for the night when my husband came home I was wearing the leather bodice, black stockings, stilettos and a mask over my eyes. As soon as he came in the door and saw me he said, 'What's for dinner, Batman?'"

Two sperms were swimming along when one says to the other "Man I'm getting tired, how far is it to the uterus anyway?"

The other sperm laughs and says "Uterus!, we aren't even through the esophagus yet."

A young man at this constructi...

A young man at this construction site was bragging that he could outdo anyone based on his strength. He especially made fun of one of the older workman. After several minutes, the older worker had enough.
"Why don't you put your money where you mouth is?" he said. "I'll bet a week's wages that I can haul something in a wheelbarrow over to the other building that you won't be able to wheel back."
"You're on, old man," the young man replied. "Let's see what you've got."
The old man reached out and grabbed the wheelbarrow by the handles. Then nodding to the young man, he said with a smile, "All right. Get in."
#joke
Joke | Old joke from joke of the day archives - Check out other old jokes Saturday, 18 September 2010

I cant stand homeless people. I dont feel bad about saying it. I dont mind saying it because I give homeless people money. I give them more money than I should, so I feel, as a paying customer, I have a right to complain.
#joke #short
Joke | Old joke from joke of the day archives - Check out other old jokes Sunday, 18 September 2011

A man longs to wed a maiden with her virtue intact. He searches for one but resigns himself to the fact that every female over the age of 10 in his town has been at it.

Finally he decides to take matters in hand and adopts a baby girl from the orphanage. He raises her until she is walking and talking and then sends her away to a monastery for safekeeping until marrying age. After many years she finally reaches maturity and he retrieves her from the monastery and marries her.

After the wedding they make their way back to his house and into the bedroom where they both prepare themselves for the consummation. They lie down together in his bed and he reaches over for a jar of petroleum jelly.

"Why the jelly," she asks him?

"So I do not hurt your most delicate parts during the act of lovemaking," he replies.

"Well why don't you just spit on your cock like the monks did?!"