A man went to a GP and complai

A man went to a GP and complained of listlessness. After a thorough examination, the doctor said, "You ought to try some hormones."
"Like they give to women?" the patient asked, dumbfounded. "Are you serious?"
"Everybody uses hormones and for different purposes. They even give them to racehorses," replied the doctor.
The patient agreed to a shot and returned two weeks later for a follow-up visit. The Doctor asked if they worked.
The patient replied, "You bet they did but, not exactly as I planned. Yesterday, I ran six furlongs in one minute!"

“A golf course is a f

“A golf course is a foreground.”

They are famous for bacon and

One evening a father overheard...

One evening a father overheard his son saying his prayers "God bless Mommy, Daddy and Grammy. Goodbye Grampa."
Well, the father thought it was strange, but he soon forgot about it. The next day, the Grandfather died.
A month later the father heard his sony saying prayers again: "God bless Mommy. God bless Daddy. Goodbye Grammy." The next day the grandmother died. Well, the father was getting more than a little woried about the whole situation.
One week later, the father once again overheard his sons prayers. "God Bless Mommy. Good bye Daddy."
This nearly gave the father a heart attack. He didn't say anything but he got up early to go to work, so that he would miss the traffic. He stayed all through lunch and dinner. Finally after midnight he went home. He was still alive! When he got home he appologised to his wife. "I am sorry Honey. I had a very bad day at work today."
"You think you've had a bad day? YOU THINK YOU'VE HAD A BAD DAY!?" the wife yelled, "The mailman dropped dead on my doorstep this morning!"

Susan told the insurance company, "We had that barn insured for fifty thousand and I want my money."

The agent replied, "Whoa there, just a minute, Susan. Insurance doesn't work quite like that. We will ascertain the value of what was insured and provide you with a new one of comparable worth."

There was a long pause before Susan replied, "Then I'd like to cancel the policy on my husband."

The Preacher Buys A Parrot


A preacher is buying a parrot.
"Are you sure it doesn't scream, yell, or swear?" asked the preacher.
"Oh absolutely. It's a religious parrot," the storekeeper assures him.
"Do you see those strings on his legs? When you pull the right one, he recites the lord's prayer, and when you pull on the left he recites the 23rd Psalm."
"Wonderful!" says the preacher, "but what happens if you pull both strings?"
"I fall off my perch, you stupid fool!" screeched the parrot. 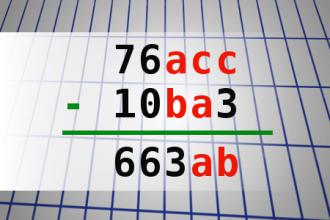 And your crybaby whinny opinion would be...?
This isn't an office. It's Hell with fluorescent lighting.
I started out with nothing & still have most of it left.
I pretend to work. They pretend to pay me. Sarcasm is just one more service we offer.
If I throw a stick, will you leave?
If I want to hear the pitter patter of little feet, I'll put shoes on my cats.
Does your train of thought have a caboose?
Errors have been made. Others will be blamed.
A PBS mind in an MTV world.
Whatever kind of look you were going for, you missed.
Suburbia: where they tear out the trees & then name streets after them.
Well, this day was a total waste of makeup.
See no evil, hear no evil, date no evil.
Not all men are annoying. Some are dead.
A woman's favorite position is CEO.
I'm trying to imagine you with a personality.
A cubicle is just a padded cell without a door.
Stress is when you wake up screaming & you realize you haven't fallen asleep yet.
Can I trade this job for what's behind door number 1?
I thought I wanted a career, turns out I just wanted paychecks.
Too many freaks, not enough circuses.
Macho Law prohibits me from admitting I'm wrong.
Nice perfume. Must you marinate in it?
Chaos, panic, & disorder - my work here is done.
I plead contemporary insanity.
How do I set a laser printer to stun?
Meandering to a different drummer.
I majored in liberal arts. Will that be for here or to go?

My girlfriend said she wanted me to tease her. I said, 'Alright, fatty.'

When in a bar, you can order a drink called a "Chuck Norris". It is also known as a "Bloody Mary", if your name happens to be Mary.
#joke #short #chucknorris
Joke | Old joke from joke of the day archives - Check out other old jokes Tuesday, 27 September 2011

An attractive woman from New York was driving through a remote part of Texas when her car broke down.

An Indian on horseback came along and offered her a ride to a nearby town.

She climbed up behind him on the horse and they rode off.

The ride was uneventful except that every few minutes the Indian would let out a whoop so loud that it would echo from the surrounding hills.

When they arrived in town, the Indian let her off at the local service station, yelled one final 'yahoo' and rode off.

'What did you do to get that Indian so excited?' asked the service station attendant.

'Nothing,' shrugged the woman, 'I merely sat behind him on the horse, put my arms around his waist, and held onto his saddle horn so I wouldn't fall off.'

Man is incomplete until he is married.
Then he is finished.
#joke #short
Joke | Old joke from joke of the day archives - Check out other old jokes Friday, 27 September 2013