A man had just settled into hi...

A man had just settled into his seat next to the window on the plane when another man sat down in the aisle seat, and put his black Labrador Retriever in the middle seat between them.
The first man looked very quizzically at the dog and asked why it was allowed on the plane.
The second man explained that he was a DEA agent, and that the dog was a "drug-sniffing dog."
He went on, "His name is Sniffer and he's the best there is.
I'll show you once we get airborne, when I put him to work."
The plane took off, and once it leveled out, the agent said "Watch this." He told Sniffer to "search".
Sniffer jumped down, walked along the aisle, and finally sat very purposefully next to a woman for several seconds.
Sniffer then returned to his seat and put one paw on the agent's arm.
The agent said, "Good boy!", turned to t he man and said, "That woman is in possession of marijuana, so I'm making a note of her seat number and the authorities will apprehend her when we land."
"Say, that's pretty neat," replied the first man.
Once again, the agent sent Sniffer to search the aisles. The Lab sniffed about, sat down beside a man for a few seconds, returned to his seat, and placed two paws on the agent's arm.
The agent said, "That man is carrying cocaine, so again, I'm making a note of his seat number for the police."
"I like it!" said his seat mate.
The agent then told Sniffer to "search" again.
Sniffer walked up and down the aisles for a little while, sat down for a moment, and then came racing back to the agent, jumped into the middle seat and pooped all over the place.
The first man was really grossed out by this behavior and couldn't figure out how or why a well-trained dog would act like that. He asked the agent, "What's going on?"
The agent nervously replied, "He just found a bomb!"

“Guys who drive in retractable convertibles with remote control often hoodwink others!”

While shopping for vacation cl...

While shopping for vacation clothes, my husband and Ipassed a display of bathing suits. It had been at least ten years and twenty pounds since I had even considered buying a bathing suit, so sought my husband's advice. "What do you think?" I asked. "Should I get a bikini or an all-in-one?"
"Better get a bikini," he replied.
"You'd never get it all in one."

Funny Photo of the day - Bird Of Prey Bike Bird Of Prey Bike - This bicycle has its riders leaning all the way forward, legs stretched out the back, as if flying through the air | Source : Jokes of The Day - By Jokes of the day visitor

A six year old comes crying to his Mother because his little sister pulled his hair.

A short while later, there's more crying, and the Mother goes to investigate.

This time the sister is bawling and her brother says...


The Center for Opponent Neutralization (C.O.N.)
Tonya Harding Presents...
Get tired every softball season loosing to the same team with all the big sluggers year in and year out?
Are you tired of always getting beat 6-0, 6-0 by that arrogant tennis-playing friend of yours with his killer serve?
Haven't you had enough of that annoying golf buddy who always seems to shoot in the low 80's against you?
Just tired of always loosing to someone better than you? Let us do the dirty work for you at the......
Tonya Harding Center For Opponent Neutralization
That's right, for a small fee we can rough up, maim, dismember, paralyze, or even kill that person or persons who are blocking your path to athletic success.
Check out our price list:

Prices subject to change without notice.
Remember, wednesdays are bonus days, order one act of violence and receive another of equal or lesser value at 50% off!
With every order over $300.00 you automatically receive a collapsible hard plastic baton personally signed by Tonya Harding herself - just like the one used to beat the crap out of Nancy Kerrigan.
To order, call toll-free at 1-800-just-win 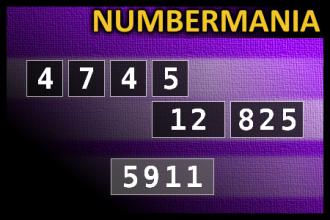 Whom should i marry? Marry the one who…

Whom should i marry? Marry the one who…
#joke #short
Joke