Each evening bird-lover Tom stood in his backyard, hooting like an owl. One night, an owl called back to him. For a year, the man and his feathered friend hooted back and forth. He even kept a log of the "conversation."
Just as he thought he was on the verge of a breakthrough in interspecies communication, his wife had a chat with her next-door neighbor.
"My husband spends his nights... calling out to owls," she said.
"That's odd," the neighbor replied. "So does my husband."

“What do you call a bald monster?
- A lock-less monster.”

While proudly showing off his new fraternity house to friends, a college student led the way into the den. "What is the big brass gong and hammer for?" one of his friends asked.

"That's the talking clock", the man replied, with a grin. "Let me show you how it works!" And with that, he gave the gong an ear-shattering pound with the hammer.

Suddenly someone screamed from the other side of the wall, "KNOCK IT OFF, YOU IDIOT! IT'S 2 AM!"

Jack and Mugs, two second-story men from Flatbush, were comparing notes on recent burglaries.
"Didja get anything on that last heist?" Jack asked.
"Nuttin' at all," Mugs admitted. "Toins out that the guy that lives there's a lawyer."
"Jeez, ain't that the breaks," his friend sympathized.
"Didja lose anything?"
#joke #lawyer
Joke | Source: Joke of the Day - Jokes served hot and fresh daily.

Funny Photo of the day - Sleep Mask in the bus Sleep Mask in the bus - I have never used this properly! | Source : Jokes of The Day - By Jokes of the day visitor

A week after their marriage, t...

A week after their marriage, the Redneck newlyweds paid a visit to their doctor..." I can't figure it out doc, and I'm really worried," said the husband." My testicles are turning blue."
"That's pretty unusual," said the doctor. "Let me examine you."
The doctor takes a look. Sure enough, the Redneck's testicles are blue. The doctor turns to the wife. "Are you using the diaphragm that Iprescribed?"
"Yes, I am," she replied.
"And what kind of jelly are you using with it?"
"Grape" 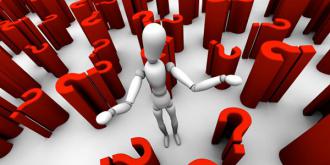 My shallow hills are the fac...

My shallow hills are the faces of kings. My horizon is always near. My music sends men to the grave. My absence sends men to work. What am I?
CHECK ANSWER
Brain Teasers, puzzles, riddles, mathematical problems, mastermind, cinemania...