There is this taxi driver in N...

There is this taxi driver in New York City, and it is nearing the end of his shift but he decides that he will pick up one more person before he turns in for the night. So he stops and pulls over and a nun gets in the car. She tells him where to go and they start off. It is a long drive and the driver keeps looking at the nun through the rear view mirror of his cab.
Now, the nun is getting very upset by this and says, "Um...can I help you??!!"
The taxi driver looks very embarrassed and says, "I'm sorry, it's very embarrassing, I cannot say."
And the nun looks at him and says, "Now, my son, I have been in this business far too long to be disturbed by anything you have to say, so go ahead."
The driver thinks for a minute and says, "Ok, well, for as long as I can remember, I have had the biggest fantasy about kissing a nun."
She looks amused at first then replies, "Well, I think I can help you with that, but first you must promise me two things, the first is that you are a Catholic, the second is that you are single. If you can promise this, I shall give you what you ask for."
And the driver says, "Great!! Sure I'm a single Catholic!!"
So they pull into an alley and the nun crawls into the front seat of the cab and gives the driver an amazing kiss. Porn stars would be envious of this kiss. And they finish up and get back on the road.
Soon the taxi driver starts looking nervous and peering at the nun in the rear view mirror again. Just staring at her, and when the nun asks him why he is staring and he says, "Well, I'm afraid I haven't been completely honest with you. You see, I'm not a catholic, and I'm also married."
The nun smiles and says, "Well, I haven't been honest with you either...My name is Kevin, and I'm going to a Halloween party."

Try To Explain Yourself

While driving down the road the motorist saw a roadside stand which had a fortune teller sitting under an umbrella. She was just sitting there smiling and laughing. The motorist passed on by and went a couple of miles on down the road. All of a sudden he spun his car around and sped back toward the fortune teller. As he got closer to the still laughing fortune teller he began to slow down. He pulled up next to the woman and jumped out of his car and suddenly began slapping and beating her.
A policeman passing by screeched to a stop and wrestled the man to the ground. After cuffing the man he stood him up and asked him, "What do you think you're doing?"
After a moment the man replied, ... "Well, I've always wanted to strike a happy medium."

Ghost Stories - Ever had the feeling you were not alone in an empty room? Ever felt a cold breeze behind your neck? Ever heard people talking when you were alone? This compilation features these weird instants caught on camera! - link to page video is posted initially.

Smart dog and the butcher

A butcher in his shop, and he's real busy, and he notices a dog in the shop. He shoos him away. But later, he notices the dog is back again.

So he goes over to the dog, and notices he has a note in his mouth. He takes the note and it reads, "I need 12 sausages and a leg of lamb, please. The dog has money in his mouth, as well." The butcher looks inside and, lo and behold, he finds the money for the order there. So he takes the money, and puts the sausages and lamb in a bag, placing it in the dog's mouth.

The butcher is well impressed, and since it's close to closing time, he decides to shut up shop and follow the dog.

So off he goes. The dog is walking down the street, when he comes to an intersection. The dog puts down the bag, jumps up and presses the button for the walk signal. Then he waits patiently, bag in mouth, for the lights to turn. They do, and he walks across the road, with the butcher following him all the way.

The dog then comes to a bus stop, and starts looking at the timetable. The butcher is in awe at this stage. The dog checks out the times, and then sits on one of the seats provided. Along comes a bus. The dog walks around the front, looks at the number, and goes back to his seat. Another bus comes, again the dog goes and looks at the number, notices it's the right bus, and climbs on.

The butcher, by now open-mouthed, follows him onto the bus.

The bus travels through the town and out into the suburbs, the dog looking at the scenery. Eventually he gets up, and moves to the front of the bus. He stands on 2 back paws and pushes the button to stop the bus. Then he gets off, his groceries still in his mouth.

There's no answer at the house, so the dog goes back down the path, jumps up on a narrow wall, and walks along the perimeter of the garden. He gets to an open window, barks several times, walks back, jumps off, and waits at the door.

The butcher watches as a big guy opens the door, and starts laying into the dog, yelling at him and swearing at him.

The butcher runs up and stops the guy. "What the world are you doing ? The dog is a genius. He could be on TV, for heavens sake!"

To which the guy responds, "Clever, my ass! This is the second time this week that he's forgotton his key."

“An umbilical cord is

“An umbilical cord is a navel vessel.” Pumpkin and Spice Makes Fall Taste Nice - Just Beer | Source : Jokes of The Day - By Jokes of the day visitor

Eight-year-old Sally brought her report card home from school. Her marks were good...mostly A's and a couple of B's.
However, her teacher had written across the bottom: "Sally is a smart little girl, but she has one fault. She talks too much in school. I have an idea I am going to try, which I think may break her of the habit."
Sally's dad signed her report card, putting a note on the back: "Please let me know if your idea works on Sally because I would like to try it out on her mother."

A married couple was watching...

A married couple was watching volleyball game at a beach when the wife spotted a couple in the bleachers. They were being very affectionate. The girl was running her hands all over the boyfriend and nibbling on his ear. He had his hands on her chest.
Looking at them, the wife said to her husband "I don't know whether to watch them or the game."
Husband said, "Better watch them! You already know how to play volleyball." 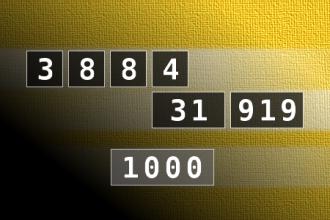