Father: What do you see in that boyfriend of yours?
Teen daughter: Well... he’s reliable.
Father: He’s always late picking you up!
Teen daughter: I know and I can always count on it.
.............. Remember when you had to sit in the front room with my dates until I was ready?
Father: Now that you mention it, I’m beginning to like this guy!

“What do dogs do after they finish obedience school?
They get their masters.”

One sunny day in Ireland, two

One sunny day in Ireland, two men were sitting in a pub, drinking some Guinness, when one turns to the other and says, "You see that man over there? He looks just like me! I think I'm gonna go over there and talk to him."
So, he goes over to the man and taps him on the shoulder. "Excuse me sir," he starts, "but I noticed you look just like me!"
The second man turns around and says, "Yeah, I noticed the same thing. Where you from?"
"I'm from Dublin," came the reply.
"Me too! What street do you live on?"
"McCarthy street."
The second man replies, "Me too! What number is it?"
"162," the first man replies.
"Me too! What are your parents names?"
"Connor and Shannon."
The second man, almost dumbfounded says, "Mine too! This is unbelievable!"
So, they buy some more Guinness and they're talking some more when the bartenders change shifts. The new bartender comes in and goes up to the other bartender and asks, "What's new today?"
"Oh nothing much, the Murphy twins are drunk again though."

At Sunday School they were teaching how God created everything, including human beings.

Little Johnny, a child in the kindergarten class, seemed especially intent when they told him how Eve was created out of one of Adam's ribs.

Later in the week his mother noticed him lying as though he were ill, and said. "Johnny what is the matter?" Little Johnny responded, "I have a pain in my side. I think I'm going to have a wife." Guess the brand of this epic car - Do you need some hint? | Source : Jokes of The Day - By Jokes of the day visitor

Following the resurrection, the disciples were still scattered about Jerusalem and the surrounding villages. John finds Peter and runs up to him. Excitedly he says, "Peter, Peter! I've got some good news and some bad news." Peter takes ahold of John and calms him down. "Take it easy, John. What is it? What's the good news?" John says, "The good news is Christ is risen." Peter says, "That's great! But, what's the bad news?" John, looking around, says, "He's really steamed about last Friday." From EasterHumor.com
#joke #friday
Joke | Source: Belief net - Joke of the day, features on religion, spirituality, faith 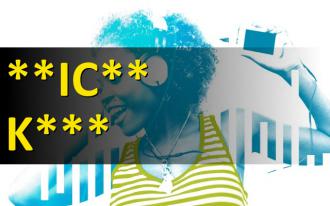 How does a male cat sense when

How does a male cat sense when a female is in heat? All the feral moans.
#joke #short
Joke | Source: Pun Gents - Daily Jokes, One-liners, Groaners, Puns of the day :: Puns on Demand :: Punshine Girls and Boys!

A man had just bought a parrot...

A man had just bought a parrot at an auction after some very spirited bidding.
"I suppose that bird talks?" he said to the auctioneer.
"Talks!" was the reply. "Who do you think was bidding against you?"
#joke #short
Joke | Source: A joke a day - Free Jokes of the Day Clean Funny Jokes via Email, Humor and Entertainment

My mom wants to manage my comedy career now and I was like, 'Alright mom, why don't you give me some notes?' And one of her notes was, 'You should smile more, you have an angel's mouth.' I feel I should manage my mom in helping her write pickup lines for pedophiles in the wooing phase.
#joke #short
Joke | Source: Comedy Central: Jokes - Jokes provided daily from Comedy Central's archive.

After eight days of backpackin...

After eight days of backpacking with my wife, we were looking pretty scruffy. One morning she came to breakfast in a baseball cap, her shoulder length hair sticking out at odd angles.
"Darling," she said, "does my hair make me look like a water buffalo?"
I thought for a moment, then said, "If I tell you the truth, do you promise not to charge?"

Whats black and white and red all over? Mimes in a chainsaw fight.
#joke #short
Joke | Old joke from joke of the day archives - Check out other old jokes Wednesday, 13 January 2010