A lawyer and two friends, a ra

A lawyer and two friends, a rabbi and a Hindu holy man, had car trouble in the countryside and asked to spend the night with a farmer.
The farmer said, "There might be a problem; you see, I only have room for two to sleep, so one of you must sleep in the barn."
"No problem," chimed the rabbi. "My people wandered in the desert for forty years. I am humble enough to sleep in the barn for an evening."
With that, he departed to the barn and the others bedded down for the night.
Moments later, a knock was heard at the door, and the farmer opened it. There stood the rabbi from the barn.
"What's wrong?" asked the farmer.
He replied, "I'm grateful to you, but I can't sleep in the barn. There is a pig in the barn, and my faith believes that is an unclean animal."
His Hindu friend agreed to swap places with him. But a few minutes later, the same scene recurred. There was a knock on the door.
"What's wrong now?" the farmer asked.
The Hindu holy man replied, "I too am grateful for your helping us out, but there is a cow in the barn, and in my country cows are considered sacred. I can't sleep on holy ground!"
Well, that left only the lawyer to make the change. He grumbled and complained, but he went out to the barn.
Moments later, there was another knock on the farmer's door.
Frustrated and tired, the farmer opened the door, and there stood ... the pig and the cow.

Leaving Dan In My Will

A lawyer meets with the family of a recently deceased millionaire for the reading of the will.
'To my loving wife, Rose, who always stood by me, I leave the house and $2 million,' the attorney reads.
'To my darling daughter, Jessica, who looked after me in sickness and kept the business going, I leave the yacht, the business and $1 million.'
'And finally,' the lawyer concludes, 'to my cousin Dan, who hated me, argued with me and thought I would never mention him in my will. Well, you were wrong. Hi Dan!'

#joke #lawyer
Joke | Source: Friars Club - For over 25 years the Sunshine Committee has been providing entertainment, companionship and love to children's and senior citizens centers in the NY area.

“Ghost-writers lift the spirit of the readers.”

A drunk man was brought to court. Just before the trial there was a commotion in the gallery. The judge pounded the gravel on his table and shouted, "Order, order."

The drunk immediately responded, "Thank you, your Honor, I'll have a Scotch and soda." Dancing Bears | Source : Jokes of The Day - By Jokes of the day visitor


Mommy, Mommy! What's a werewolf?
Shut up and comb your face!

Mommy, Mommy! Billy won't let go of my ear.
Billy, let go of Susie's ear.
Billy! Let go of her ear!
All right Billy, give me the ear.

Mommy, Mommy! I hate daddy's guts.
Well, just leave them on the side of the plate.

Mommy, Mommy! Why is daddy so pale?
Shut up and keep digging.

Mommy, Mommy! I don't like grandpa.
Well, just push him aside and eat your beans.

Compared to a pig, falling in

Compared to a pig, falling in love with a rodent is nothing. Especially when it's the pork you pine.
#joke #short
Joke | Source: Pun Gents - Daily Jokes, One-liners, Groaners, Puns of the day :: Puns on Demand :: Punshine Girls and Boys! 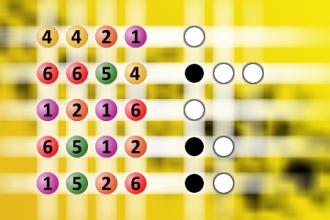 A Little Three Year Old Boy Is Sitting On The Toilet. His Mother Thinks He Has Been In There Too Long, So She Goes In To See What's Up. The Little Boy Is Sitting On The Toilet Reading A Book. But About Every 10 Seconds Or So He Puts The Book Down, Grips Onto To The Toilet Seat With His Left Hand And Hits Himself On Top Of The Head With His Right Hand.
His Mother Says: "billy, Are You All Right?you've Been In Here For A While...
Billy Says: "i'm Fine, Mommy.. I Just Haven't Gone 'doody' Yet."
Mother Says: "ok, You Can Stay Here A Few More Minutes.but, Billy, Why Are You Hitting Yourself On The Head?"
Billy Says: "works For Ketchup."

I don't believe in cancer walks. Well, I believe in them because they exist but I'd rather just give money straight up and save my Saturday afternoon. I can make my own t-shirt, that's not incentive. Plus I don't think cancer responds to how far people walk. I don't think cancer's sitting at home, 'What? How many people walked how far? How many people walked how far wearing the same shirt? That's crazy! I'm out of here!' Remission.
#joke
Joke | Source: Comedy Central: Jokes - Jokes provided daily from Comedy Central's archive.

One friend says to another, "D

One friend says to another, "Did you know that the shortest sentence in the English language is 'I am'?"
"Really?" replies the other. "What’s the longest sentence?"
“I do.”

After the christening of his baby brother in church, Little Johnny cried all the way home in the back seat of the car. His father asked him what was wrong and finally, the boy sobbed, “That priest said he wanted us brought up in a Christian home, and I want to stay with you guys!”
#joke #short
Joke | Source: Belief net - Joke of the day, features on religion, spirituality, faith

What do blondes say

Q: What do Blondes say after sex?

A2: Are you boys all in the same band?

A3: Do you guys all play for the Green Bay Packers?